The Orange County Regional History Center will unveils its newest permanent exhibit, “Destination Florida: Tourism Before Disney,” on Friday. The new installation will take visitors back in time to the ‘Golden Age of Tourism,’ nearly a century before Disney.

Visitors may be surprised to learn tourism in Florida stretches back to the late 19th century, when wealthy northerners were drawn by the weather and the area’s natural beauty, including supposed curative powers of the water. Silver Springs first drew tourists in 1860 and became more popular when the famous glass-bottom boats were added in 1878. In the 1920s, the less well-to-do tin-can tourists followed, arriving in their Model T campers with tin cans perched on their radiators. While fishing and other natural assets continued to draw tourists, more theme parks created around Florida’s natural beauty began to spring up, and by 1950 tourism replaced agriculture as Florida’s principal industry.

The new exhibit will allow visitors to discover the history of Florida tourism through artifacts, images, memorabilia, and interactive components. Visitors will be able to sit inside a replica Model T modified into a “tin-can camper” for an audio/visual trip on the roads tourists traveled long before interstate highways; and then test their “tourist IQ” in an interactive presentation.

The exhibit reveals the stories of some of Florida’s most historic attractions, including:
· Big Tree Park – Home to the Senator, the oldest and largest bald cypress tree in the country.
· The Singing Tower at Bok Gardens – Opened in 1929 with gardens designed by Fredrick Law Olmstead Jr., the designer of Washington D.C.’s National Mall and White House grounds.
· Wigwam Village – Operated from 1935 to 1973, it featured tepees that served as guest rooms.
· Cypress Gardens – Opened in 1936 featuring gardens, Southern Belles, and water ski shows, it quickly became Florida’s largest attraction.
· Weeki Wachee Springs – Opened in 1947, it became one of the state’s most successful attractions with beautiful “mermaids” smiling, drinking, and eating underwater.
· Gatorland – Began as a roadside attraction in 1949. 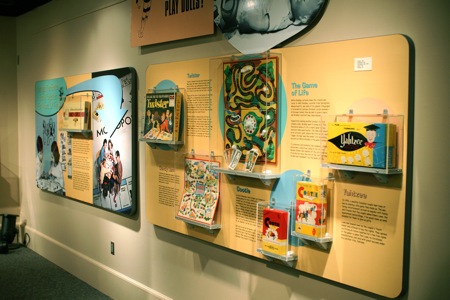 Due the success of the History Center’s first Retro Game Night on March 14, the museum is bringing the event back from 7 to 11 p.m. tomorrow night. Retro Game Night is being held in conjunction with the Kid Stuff: Great Toys from Our Childhood exhibit.
Editor’s Note: The exhibit is gone, but Retro Night lives on. (See pictures of the exhibit in our Photo Gallery and a video here.)

Retro Game Night features an array of classic board and video games set up throughout the museum. Retro attire is encouraged — players can dress up in the hottest look from their favorite decade, bring friends and make new ones, and get down with an old-fashioned game.

Sunny 105.9 FM will set the mood with the “greatest hits” of past decades. The “totally awesome” evening also includes free nostalgic treats and a beer and wine cash bar.

Admission to Retro Game Night is $5 cash at the door and free for members. The Orange County Regional History Center is located at 65 East Central Blvd., at the corner of Magnolia Avenue in downtown Orlando. Call (407) 836-8580 or visit www.thehistorycenter.org for more information. 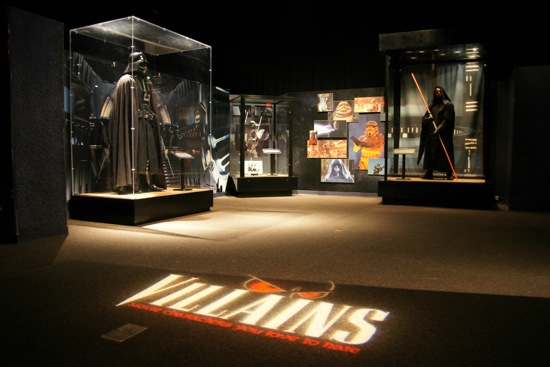 The “Villains – Movie Characters You Love To Hate” exhibit at the end of the Studio Backlot Tour reopened on Friday after a rehab.

They’ve rearranged and updated it a bit with costumes and props from Enchanted, Star Wars, Pirates of the Carribean and the upcoming Narnia movie. More photos below.
END_OF_DOCUMENT_TOKEN_TO_BE_REPLACED

Celebration plays host to an Exotic Car Festival and the Great American Pie Festival this weekend. Also as part of the Exotic Car Festival, there will be a special showing of Back To The Future to Benefit Make-A-Wish and a talk with some who helped make the movie, including Christopher Lloyd. Tickets can be purchased here. Also some Star Wars characters will make appearances and celebrity cars (listed below) will be on display.

Join us for three days in Central Florida as the Ferrari Club of America hosts some of the world’s most incredible exotic cars, muscle cars and hot rods in a major concourse event!

The weekend will start with the duPont Registry Live Jet Reception on Friday April 18th. Held at a private jet hanger at Signature Aviation at Kissimmee Airport, the evening will feature a display of private jets, exotic cars, custom choppers and race boats. Hosted by Les Chefs de France, guests will be treated to Taittinger champagne, fine wines, and sumptuous cuisine at 15 chef stations from Wolfgang Puck Cafe, Emeril’s Tchoup Chop, the Ritz Carlton and many others.

The concours will take place on Saturday, April 19, with the cars lined up along the picturesque boardwalk of the Disney-built town of Celebration, Florida. The world-class show of 230 exotic, limited production automobiles was attended by an estimated 40,000 spectators in 2007. Cars from Ferrari, Maserati, Lamborghini, Bugatti, McLaren, Lotus, Saleen, Pantera, Aston Martin, Bentley, DeLorean and many others will be displayed.

The 2008 event will feature a display of movie cars, including the Lamborghini Countach driven by Adrienne Barbeau in the 1981 film “Cannonball Run,” the “Dukes of Hazard’s” General Lee, a customized Shelby GT500 “Eleanor” as used in the film “Gone in 60 Seconds” and the original KITT from “Knight Rider,” now owned by former ‘N Sync star Joey Fatone. The show will also feature Luke Skywalker’s Land Speeder from the original “Star Wars” film as well as an appearance by many of the Star Wars characters.

Saturday night the Festival Dinner and Party fundraiser will take over Atlantic Dance on Disney’s Boardwalk. The evening will include silent and live auctions, a five star dinner, open bar and a private concert by the Little River Band. The evening will also include a presentation given by a Make-A-Wish child.

The event will conclude with a competitive rally, departing Celebration on Sunday morning for the 100+ mile course.

Taking place at Lakeside Park in Town Center, this year’s event is sure to your mouth water with cooking demonstrations, pie eating contests, children’s pie making, and of course, the famous Never-Ending Pie Buffet, which features award winning pies, ice cream, toppings and beverages. Festival hours are Saturday, Apr. 19 from 11 am to 7 pm and Sunday, Apr. 20 from noon to 5 pm. 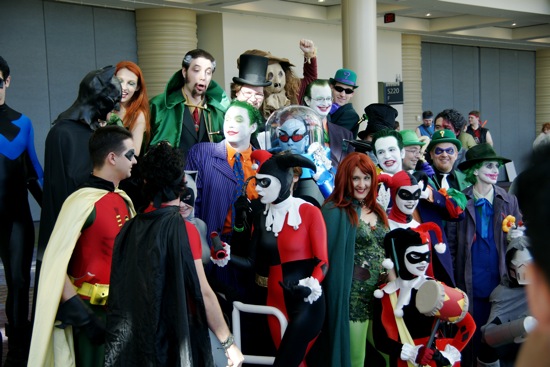 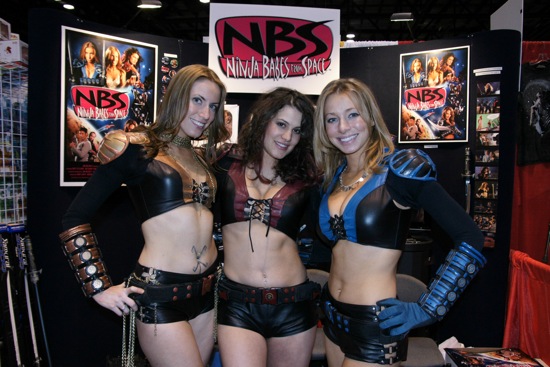 The Ninja Babes From Space.

MegaCon 2008, the mega-comic book and anime convention was this past weekend at the Orange County Convention Center. We were there to capture all of the excitement, well, not all of it because there’s so much going on.

The main focus of the convention is the many rows of booths of comics, toys, posters, videos and more for sale. We even saw a place to get a real tattoo and another booth where you could get your teeth whitened. Then there are the celebrities, the panel discussions, and most interesting to look at, the fans dressed up in costumes.

Above are just a couple of the many pictures we took. Click here to visit our Photo Gallery for all of our pictures of the characters you’ll know and some you probably won’t.