Calling all Wilderness Explorers! The large and exotic bird known fondly as “Kevin” from Disney/Pixar’s “UP” is now meeting guests on Discovery Island at Disney’s Animal Kingdom.

After migrating north from Paradise Falls, it seems that Kevin has found a new home. Her migration was announced last month, and now she’s finally arrived!

It also appears that a new plush version of the bird will arrive mid-February to select merchandise locations at Disney’s Animal Kingdom, including Island Mercantile and Discovery Trading Co. 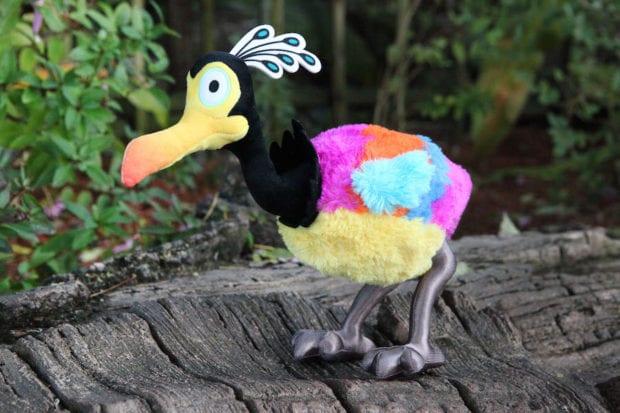 Stay tuned for our video of our new feathered friend, coming soon to our YouTube Channel! Until then, check out this quick clip from our Twitter:

Kevin from @DisneyPixar’s UP is now roaming around Discovery Island at Disney’s Animal Kingdom! Here she is saying hi to Russell and Dug. We’ll have more video on our YouTube channel soon: https://t.co/Mj5tic5Qmr pic.twitter.com/QeebC6mIE2