A look back at Disney’s Villains Unleashed event: Photos and Videos 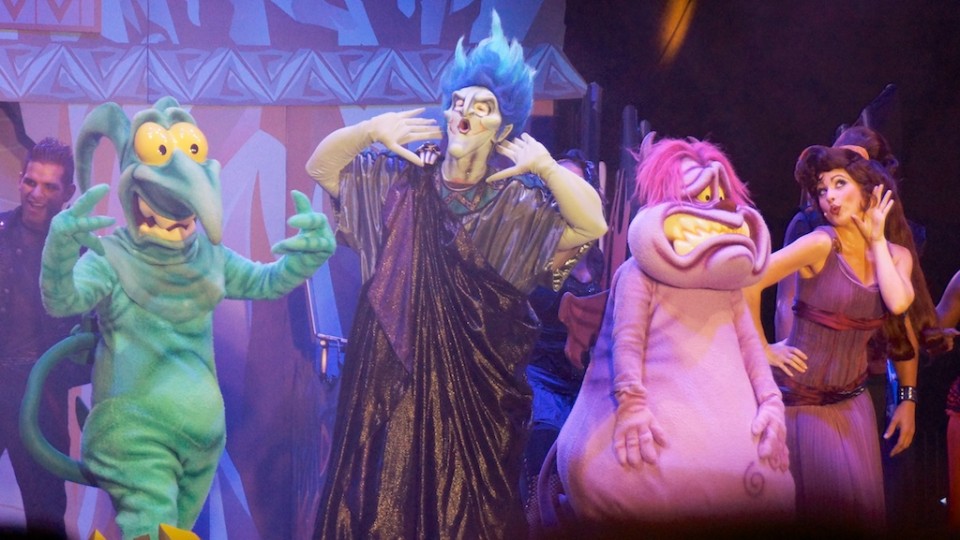 The very first Villains Unleashed event was held this past weekend at Disney’s Hollywood Studios. Although there was so much going on, and lots of long lines, we were able to capture enough photos and videos to give you a good overview.

Guests needed a separate ticket for the event, which ran from 8 p.m to 1 a.m. There was so much to see in that time, no one could do it all. Some guests skipped the shows and went right for the characters. We decided to cover the shows, then see how many characters we could get to, starting with the most rare ones.

The night started with Hades and Meg introducing all 50 villains. Most of them came out on stage but not all. The Star Wars villains stayed over by Star Tours and Maleficent only appeared via the video screen during this introduction. 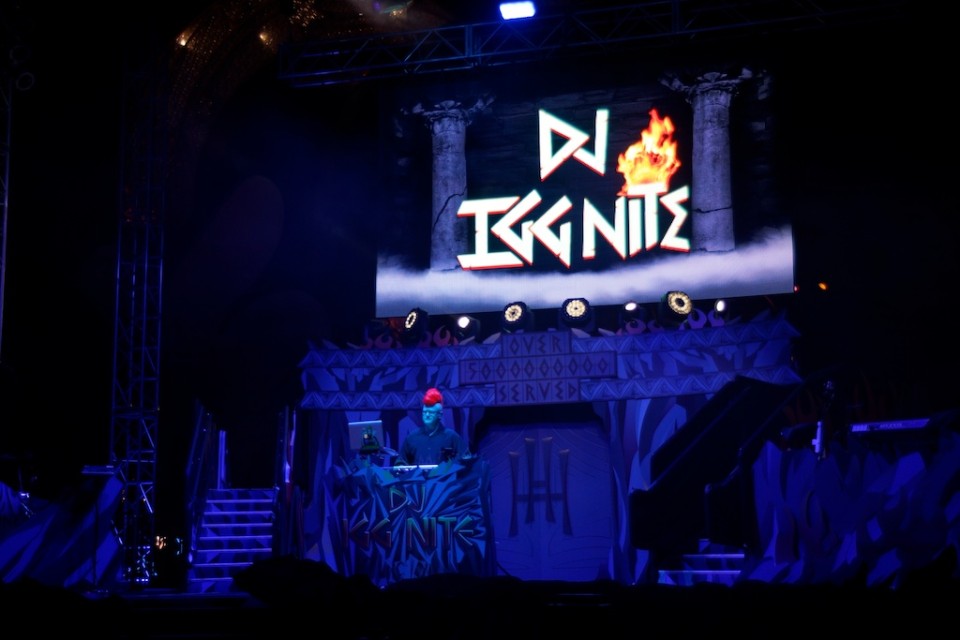 After the introductions were made, the stage became a dance party alternating between DJ Iggnite and the Bernie Briquette and Brimstone band, with characters dancing among the crowd and occasionally coming onstage.

There was another dance party happening over in the Disney Junior – Live on Stage building. But this was less of a dance party and mostly just guests trying to get their photo with Star-Lord and Gamora. This was the first ever appearance of any Guardians of the Galaxy characters in a theme park. 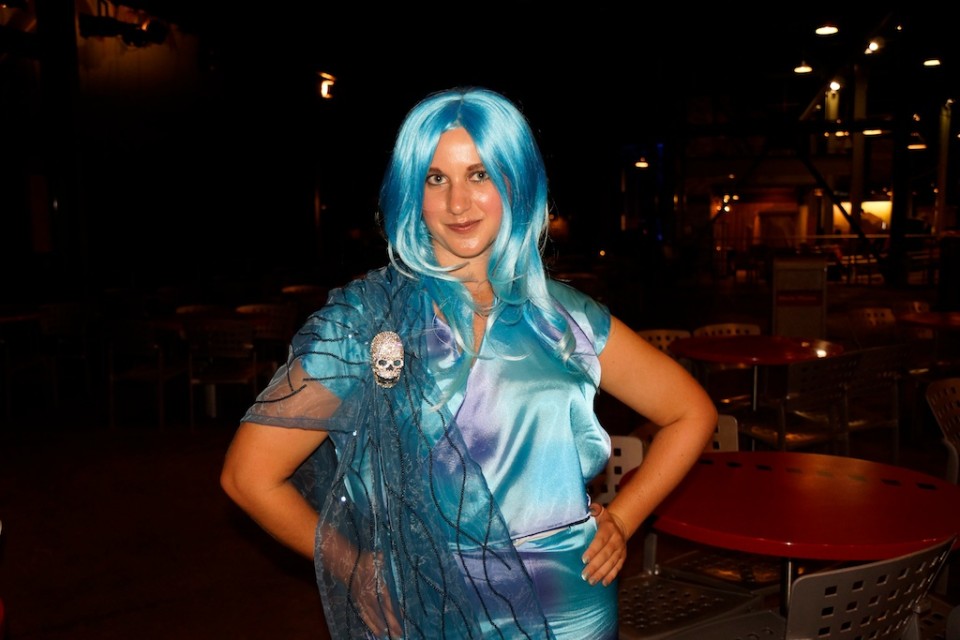 Guests were invited to come in costume. Here’s Jen Fischler dressed as a female Hades. And a guest dressed as Turbo from “Wreck-It Ralph”.

Here’s the full Oogie Boogie’s Freaky Funhouse Show. Some people loved it, some didn’t and said it wasn’t “Disney” enough. See for yourself. 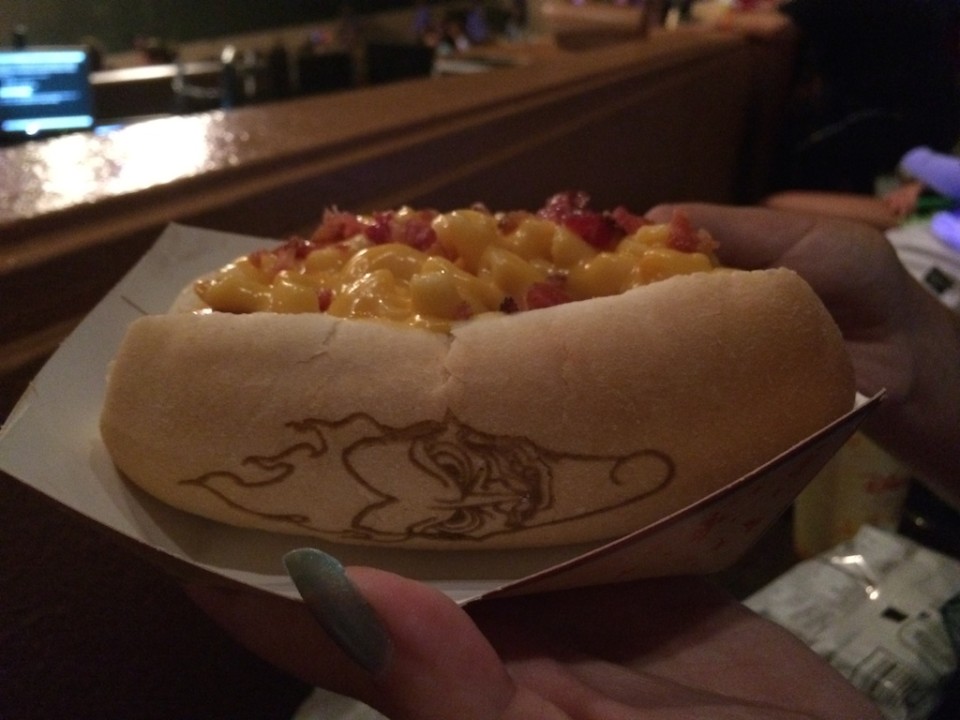 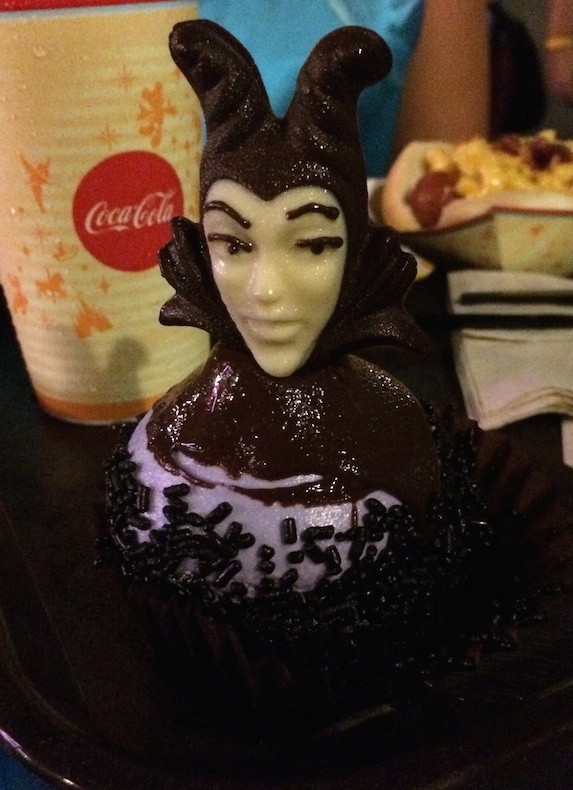 There were also specialty foods and drinks available, such as this Hades hotdog and Maleficent cupcake. The Brown Derby became Club Evil with live entertainment, a special menu and roaming characters.

One of the most popular, and rare characters was Constantine from “Muppets Most Wanted”. This wasn’t just a doll or someone trying to do his voice. Guests were meeting the real Constantine from the movie. The queue to meet him was the first to close down because of capacity. If you didn’t get in line within the first couple of hours, you could only see him through a window.

The second most rare characters were these guys, Captain Gantu and Dr. Hamsterciel from Lilo & Stitch. This was their first appearance in a U.S. Disney park. 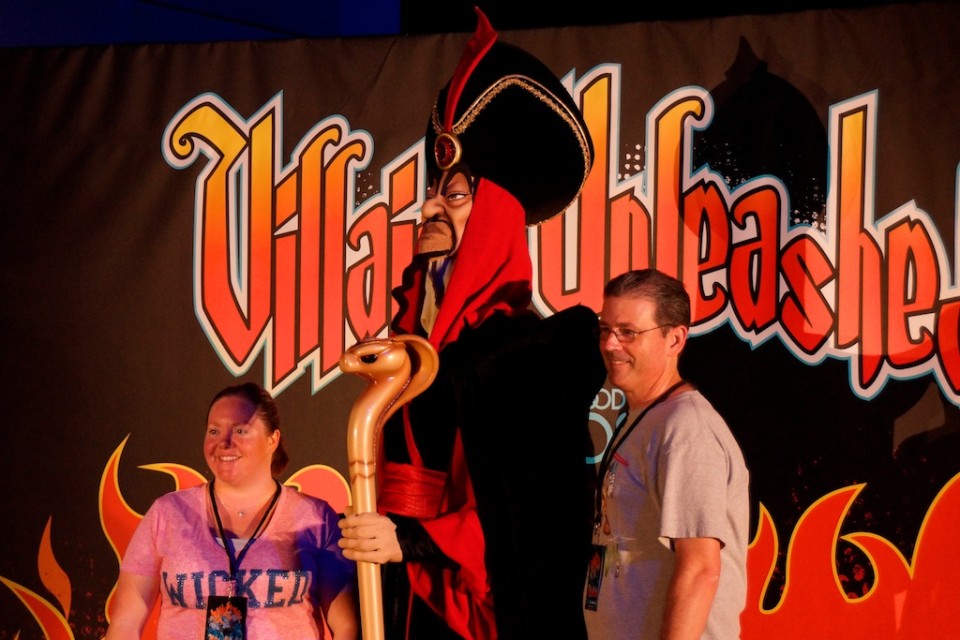 All the other villains had meets set up at various places all around the park, or they were at various places roaming among the guests, not stopping for very long so lines didn’t form. Some other rare characters included Captain Barbossa, Emperor Papatine, Bowler Hat Guy, Shan Yu and the Maleficent from the recent live-action movie. Speaking of which …

Maleficent summons fireworks at Villains Unleashed view from outside the park

The evening ended with a spectacular fireworks show, set off by Maleficent after reciting some famous lines. This is our video of the fireworks, as seen from inside and outside the park for the full view. 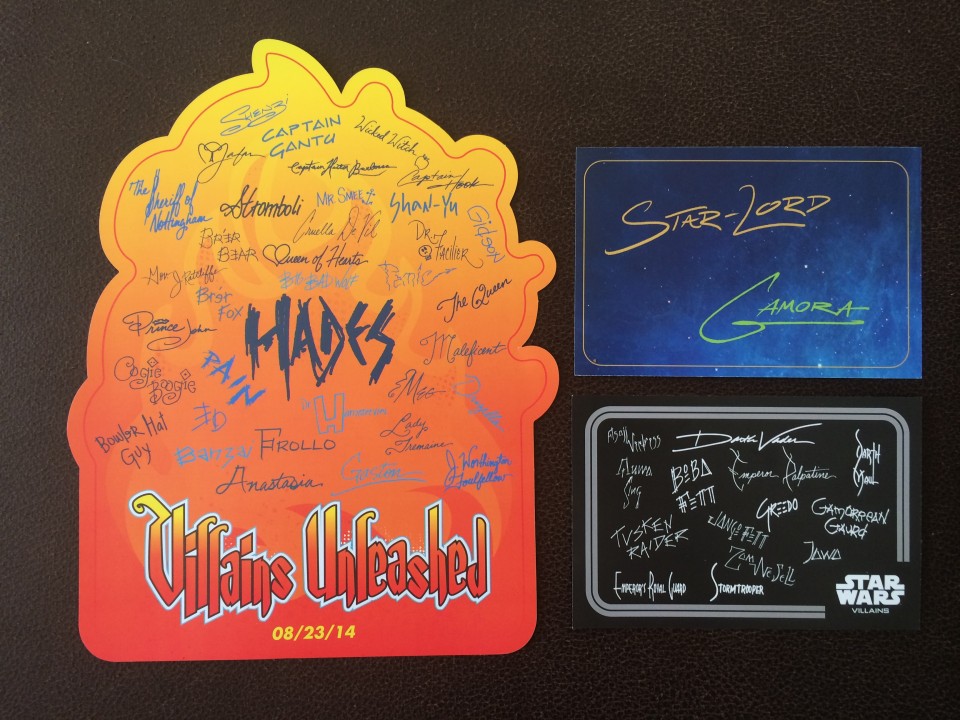 In order to make the lines move more quickly, none of the characters signed autographs, but guests were handed a goodie bag of pins and these autograph cards on their way out of the park.
Watch our Aug. 27, 2014 episode of “Orlando Attractions Magazine – The Show” to find out how you can enter to win a set of these autograph cards.

All you need to know about the 19th Epcot International Food & Wine Festival starting Sept. 19