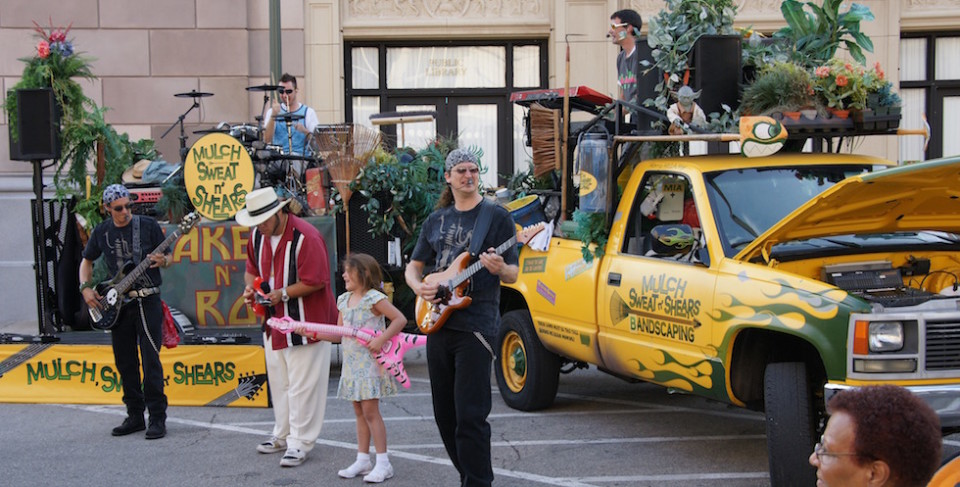 The long-time “landscaping company” at Disney’s Hollywood Studios, who did more rocking out than actually cutting grass, Mulch, Sweat & Shears, will have their final performance on Oct. 10, 2015.

The band drives out onto the streets of the theme park in a landscaping truck, looking like they are about to plant some flowers or cut some grass, but once they park, guests gather around to hear them rock out, playing popular songs from all eras. The band also sometimes performed onstage during special events (as seen in the video below).

The members of the band were told their last performance would be on Oct. 10, just two days after their 11th anniversary at the park on Oct. 8. Come out to see them perform their yard rock again before they retire the “bandscaping company” for good.

We have reached out to Disney for comment, but haven’t heard back yet.

What a shame!! This was one of the most “magical” moments of my trip! There’s no more spontaneous fun at Disney World.

This stinks. It was one of the only reasons to go Hollywood Studios anymore. Mulch, Sweat & Shears are fantastic. Guess they gotta make room for more star wars junk.

First I hear this is the last year for the Osborne Xmas Lights, now this? What next? No Illuminations at Epcot? 🙁

Guardians of the Galaxy – Mission: Breakout!...