Key pieces of The Wizarding World of Harry Potter expansion have arrived at Universal Orlando. The Hogwarts Express, which will take guests between the current Hogsmeade area in Islands of Adventure and the new Diagon Alley expansion in Universal Studios, have been spotted in a backstage area.

The above picture shows what looks to be two separate trains, each containing three passenger cars and one tender car or caboose. The train engines have yet to be seen.

The Hogwarts Express is expected to include projections inside the cars to give guests the feeling of traveling through the countryside on the way to Hogsmeade or Diagon Alley, with different experiences each route. 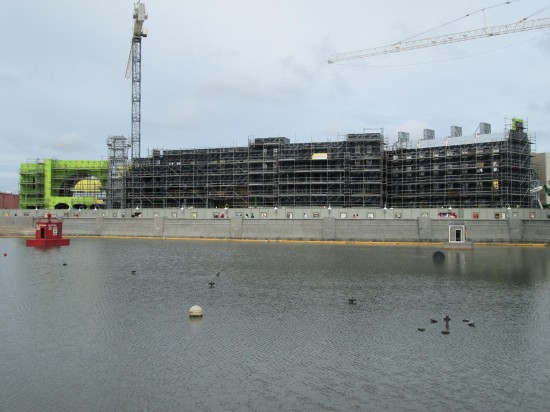 Meanwhile, at the construction site for London/Diagon Alley, progress is moving at a rapid pace. 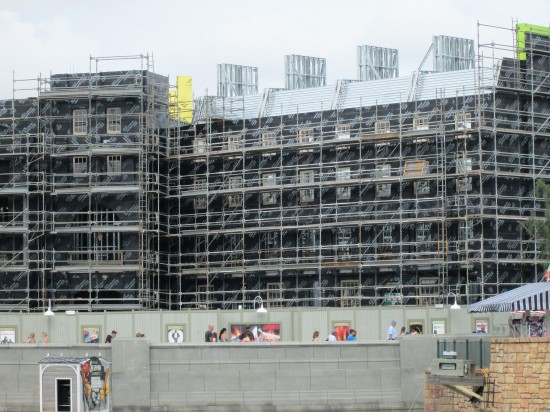 As you can see, windows have already begun to be installed in the various buildings that will make up the London waterfront. 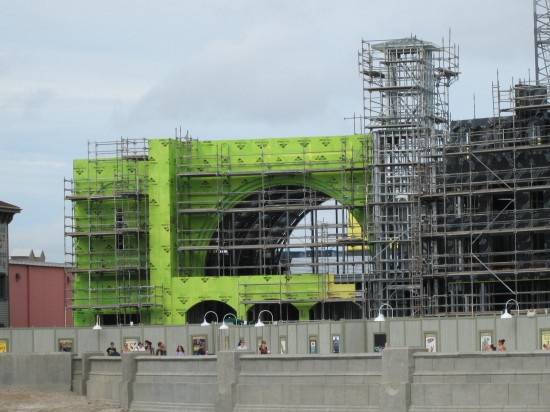 The front of Kings Cross Station is moving along. 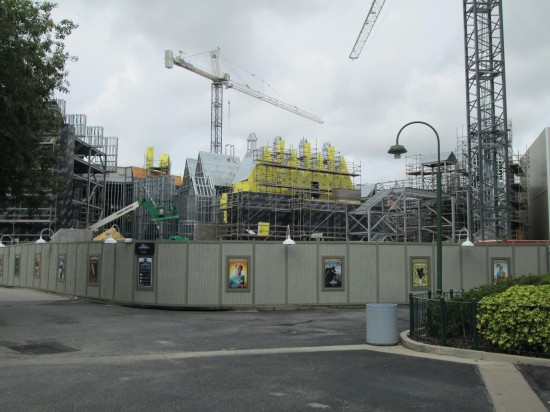 This area of the expansion faces the Fear Factor theater. You can see several of the Diagon Alley buildings taking shape here. 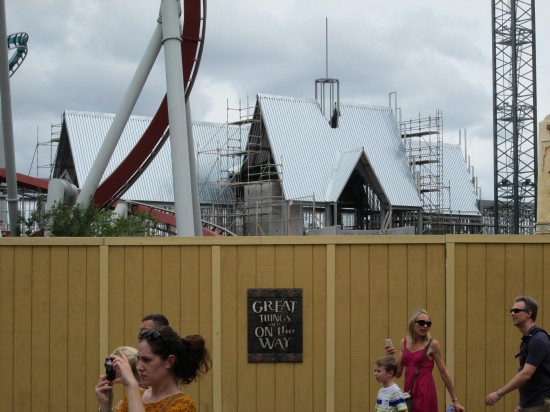 Over in Islands of Adventure, the Hogsmeade train station is being constructed between the Sinbad theater and the Dragon Challenge roller coaster.

They’re tenders. Carry water and either coal, wood, or oil as fuel for steam locomotives.