Out of the Loop: Hong Kong Disneyland debuts Grizzly Gulch 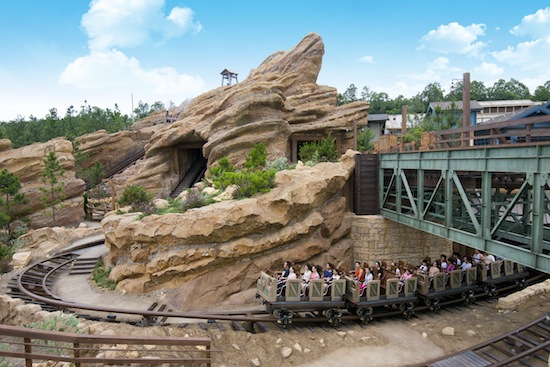 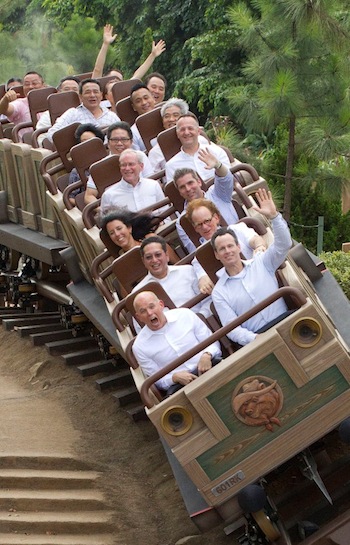 Tom Staggs, chairman of Walt Disney Parks and Resorts, was present at the grand opening stating, “Grizzly Gulch transports guests to a Wild West mining town that recalls a golden era of hope, adventure and opportunity. With its interactive water features, immersive entertainment elements and thrilling multidirectional coaster that crisscrosses the entire area, Grizzly Gulch is a spectacular addition to Hong Kong Disneyland and the Disney Parks and Resorts portfolio.”

Among the attractions within Grizzly Gulch, the standout ride appears to be the Big Grizzly Runaway Mine Cars. The name alone makes one wonder whether there may be some design elements that are utilized for the forthcoming Seven Dwarves Mine Ride at the Magic Kingdom in Orlando, 2014. That conjecture aside, this sounds like a blast. In addition to what Staggs mentioned, the ride is described as dashing forward, racing backwards and making rapid turns. According to a description of the ride, some mischievous resident grizzly bears are in charge of directing the cars. At points during the ride, guests may see up to three other mine cars crisscrossing the terrain of Grizzly Gulch as they navigate a similar journey.

Additionally, guests will be able to eat some hearty fare at the Lucky Nugget Saloon restaurant. They will experience a Wild West show in the Grizzly Gulch Welcome Wagon Show. They will interact with the water jets of Geyser Gulch. Of course, there are plenty of Wild West photo opportunities with characters in themed costumes. Finally, to take home a souvenir of the whole experience, guests will stop by the Bear Necessities store. 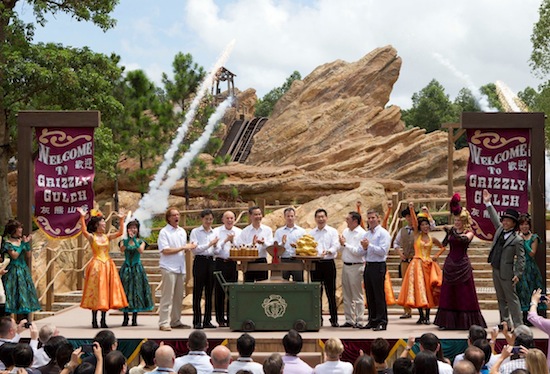 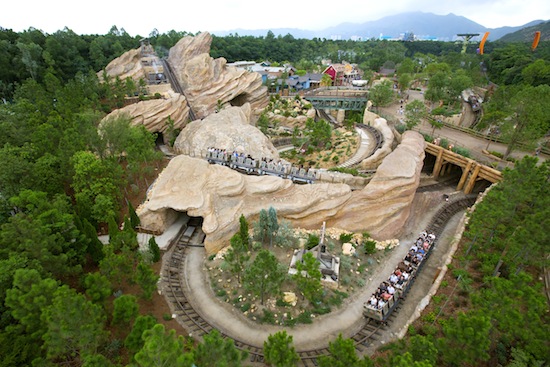 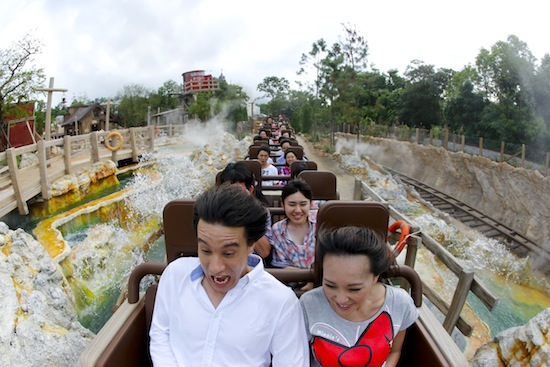 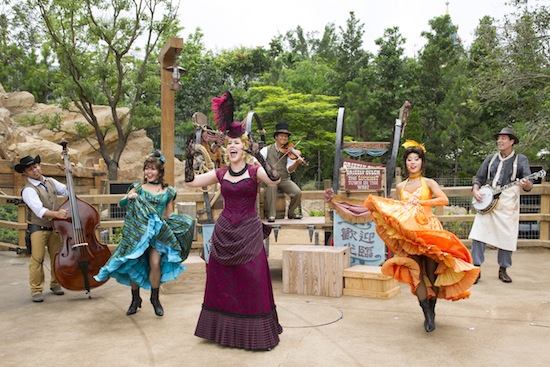 I think they can bring the DCA Grizzly River Run ride to HKDL in this land! It would be a great addition since HKDL doesn’t have water based rides were guest can get wet!

I would also love for them to bring back the concept of geyser mountain that was on Ed developed for Frontierland but was never implemented. A ride that uses the same ride system as tower of terror, it could also be run by bears, although not good ones!