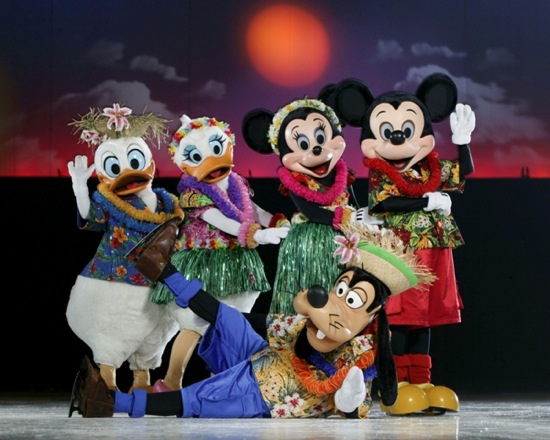 Disney On Ice will present their new show, “Celebrations!” this September in Orlando.

Guests will enjoy a winter wonderland with Mickey and Minnie, a Halloween haunt with the Disney Villains, a Very Merry Unbirthday Party, a Royal Ball with the Disney Princesses and more in a magical medley of holidays, celebrations and festivals from around the globe. 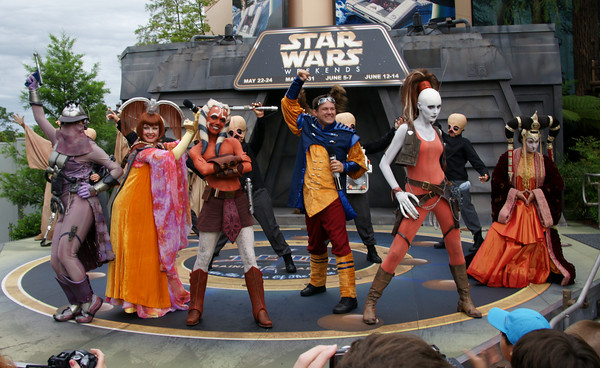 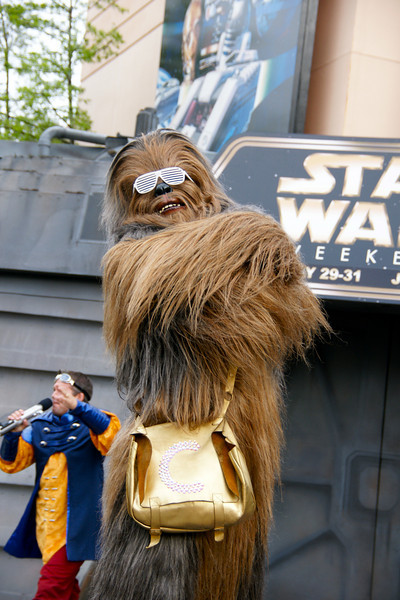 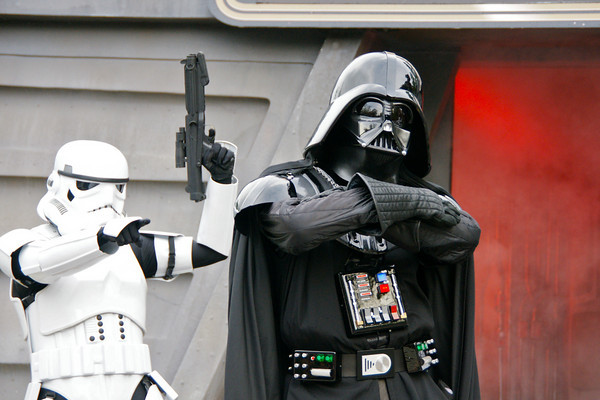 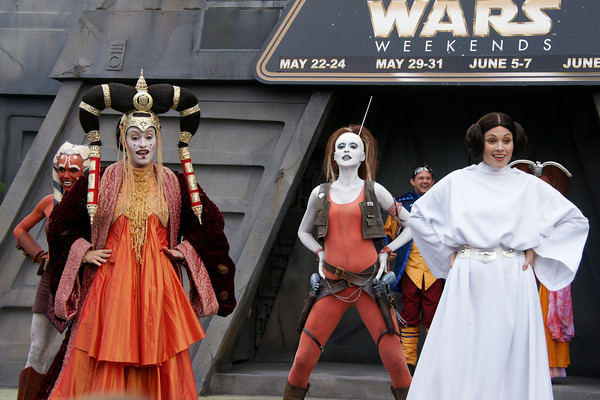 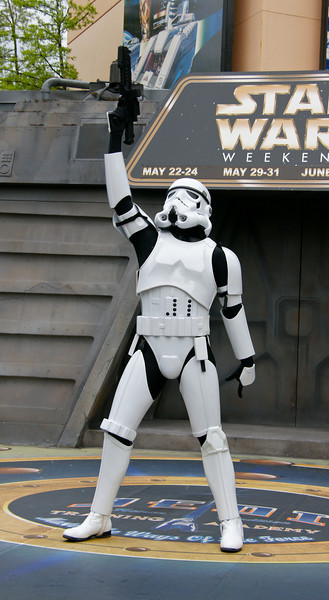 Star Wars Weekends starts tomorrow, May 22, 2009, at Hollywood Studios. It will run each Friday, Saturday and Sunday from May 22 to June 14. More than 50 characters and celebrities from the entire saga will be on hand for autographs, pictures, motorcades, Q&A sessions and more.

Characters
More than 50 characters will join the festivities. Some will have special character greeting times posted, and others will be part of the motorcade and other activities. Returning this year are seven special photo backdrops located throughout the park where you can meet characters in a “scene” from the film.

Here are some of the other happenings each weekend:

Clone Wars: Behind the Force – Ashley Eckstein, the voice behind “Ahsoka,” will lead this exploration into the excitement of Star Wars: The Clone Wars and share a look behind the scenes of the animated series.

Jedi Training Academy – Children, or “young Padawans,” will be chosen randomly from the audience to practice their lightsaber skills and face the dark side. This is a regular offering at the park, but will be enhanced during Star Wars Weekends.

Padawan Mind Challenge – Children under 12 can test their trivia knowledge before the Jedi Council.

Hyperspace Hoopla – Star Wars characters will gather for a comical, musical conclusion to each day’s events.

Celebrities from Star Wars will attend each weekend and participate in autograph sessions; Legends of the Force, a Star Wars-themed motorcade; and Stars of the Saga, a talk show and Q&A hosted by Jay Laga’aia (“Captain Typho”). Laga’aia will serve as the celebrity host all four weekends, and Ashley Eckstein (“Ahsoka”), will appear each weekend as the host of Clone Wars: Behind the Force.

Other visiting celebrities include:
May 22-24
• Ray Park (“Darth Maul”)
• Warwick Davis (“Wicket the Ewok”)
• James Arnold Taylor (voice of Obi-Wan in Star Wars: The Clone Wars will appear at the Clone Wars: Behind the Force show)

Be sure to check back on the Orlando Attractions Magazine Web site for photos and videos from the event. 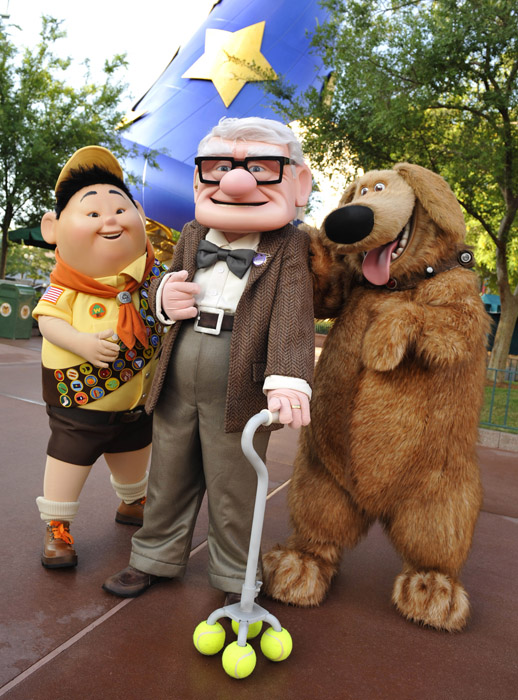 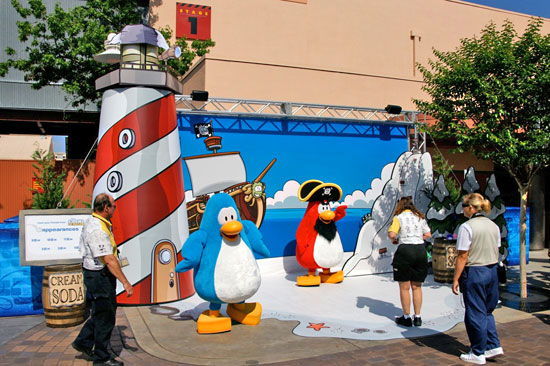 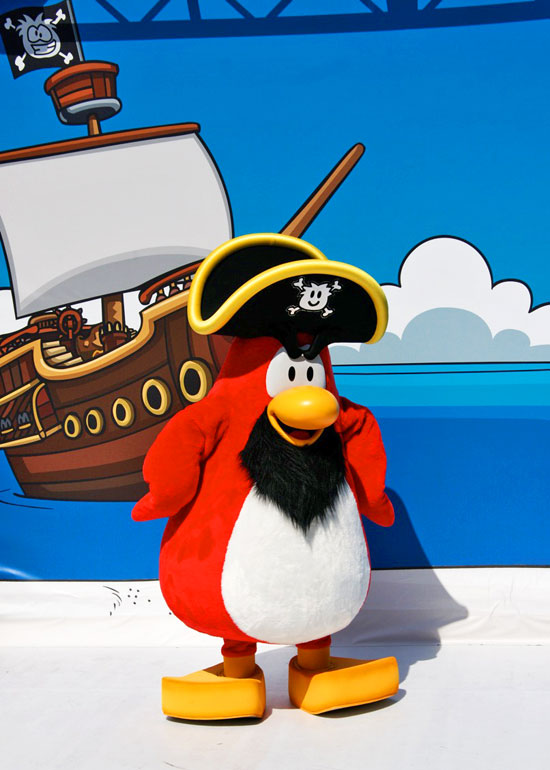