Welcome to a new column for Attractions Magazine called “DePaoli on DeParks.” My name is Jeff DePaoli and for the past 6+ years, I’ve been the host and producer of the “Dizney Coast to Coast” podcast where I share my thoughts, along with my friends, about all things Disney in addition to interviewing Disney Legends and talent. In this new column, I’ll be sharing with you my thoughts and opinions on various theme park topics.

END_OF_DOCUMENT_TOKEN_TO_BE_REPLACED 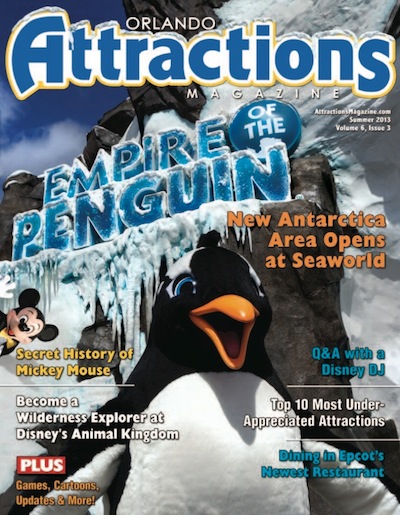 The Summer 2013 issue of Orlando Attractions Magazine is now available to order in print, on the Nook and in our free iPhone and iPad apps. END_OF_DOCUMENT_TOKEN_TO_BE_REPLACED 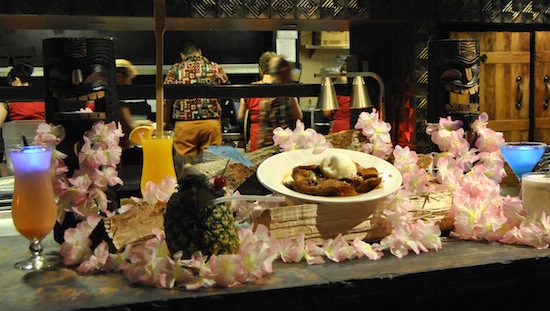 For many, the words “theme park” brings thoughts of thrill rides, costumed characters, awe-inspiring shows and memorable moments. But thoughts of theme park food often include carnival-style favorites including burgers and fries, funnel cakes and snow cones. Dining is one of the most frequently overlooked details of a trip to Central Florida’s theme parks by guests, but Orlando’s parks are taking steps to improve their culinary offerings and bring dining into the spotlight. As a result, many parks are moving away from the “burgers and fries” model and are offering higher quality menu options at every price level.

The Theme Park Foodie blog was created to share information on these changes and improvements in the Central Florida area. Like the blog, this new regular column will cover theme park food news, dining and reservations tips, top (and bottom) fives, reviews and more. END_OF_DOCUMENT_TOKEN_TO_BE_REPLACED 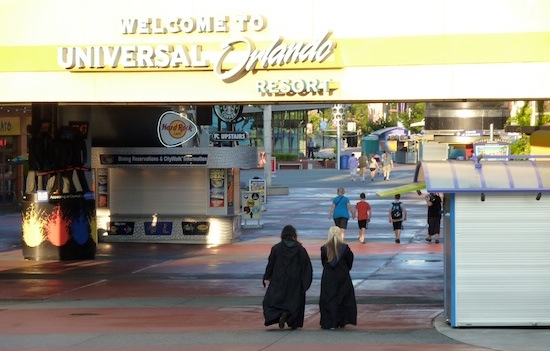 I am going to Universal Orlando first thing in the morning to Harry Potter. Is there somewhere I can eat breakfast?

These days, if you are heading to Universal Orlando to experience The Wizarding World of Harry Potter, it is incredibly important that you get there early. END_OF_DOCUMENT_TOKEN_TO_BE_REPLACED 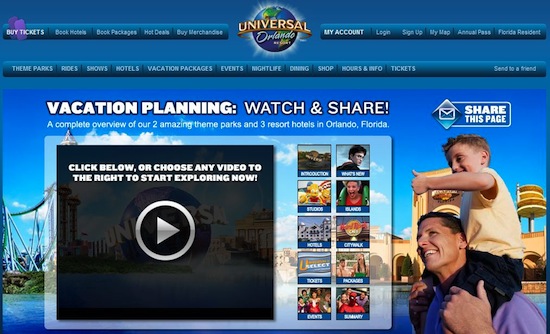 Welcome to my new regular Q&A column for Orlando Attractions Magazine. I’ve spent years in and all around Orlando’s various attractions and neighborhoods. Whether it is a visit to Epcot’s International Food & Wine Festival, a ride on Harry Potter and the Forbidden Journey, a show at SeaWorld’s Bayside Stadium, a laugh at I-Drive’s Outta Control Dinner Show or a stroll around Lake Eola, I have seen and done so much in the City Beautiful. Now I will share that knowledge with you. Feel free to send me your questions. Now on to this column’s question: END_OF_DOCUMENT_TOKEN_TO_BE_REPLACED 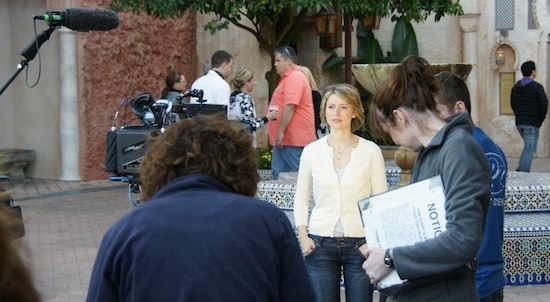 Movies are king when it comes to theme park merchandising, ticket sales and advertising. As early as Aladdin, the Genie was off to Disney World after being freed. Stop for a second and just try to imagine Disney World or Universal Studios without movie tie-ins – it’s impossible. But not so long ago, television was the best way for theme parks to get the word out about a new parade, ride or special event. END_OF_DOCUMENT_TOKEN_TO_BE_REPLACED

Kennedy Space Center Visitor Complex, one of the more overlooked experiences to the average Orlando traveler, is offering several deals. The first is an online coupon for Florida residents which will give one free admission with one paid admission. Click Here to access this coupon, or go to kennedyspacecenter.com. END_OF_DOCUMENT_TOKEN_TO_BE_REPLACED

In a statement, Six Flags states they were unable to come to an agreement with the Kentucky Fair Board for the lease of the land where the park was located. Six Flags felt that changes to the lease would have made the park more viable in the market. Six Flags also stressed that all other Six Flags parks are located on company-owned property and are thus unaffected.

Industry insiders have speculated that stiff competition from Holiday World in Santa Claus, Ind. and Kings Island just north of Cincinnati, Ohio forced the park out – expensive lease or not.

Kentucky Kingdom passholders are being encouraged to enjoy the nearby Six Flags parks in St. Louis and Chicago (or any Six Flags parks), but full refunds are available as well.