I only enjoyed watching “The Lion King” (2019) because I haven’t watched the 1994 film since I was probably at most 9 or 10 years old, and even still, I would have preferred to rewatch the original.

END_OF_DOCUMENT_TOKEN_TO_BE_REPLACED 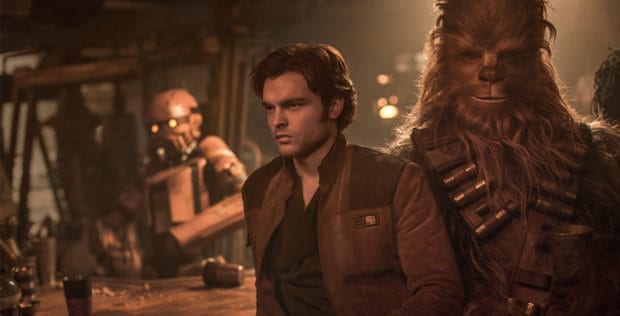 Since Disney’s acquisition of Lucasfilm, the studios have expanded on the “Star Wars” legacy with blockbuster hits like “The Force Awakens”, “Rogue One: A Star Wars Story” and “The Last Jedi”. Slated next for the saga is “Solo: A Star Wars Story,” a film where fans are taken to a time before the original trilogy in a western-type tale of how the space cowboy came to be the scoundrel fans have loved since the beginning. But how do you tell an origin story about a prolific, fan-favorite character decades later, and have it feel like it belongs in the same universe, and do the franchise justice? – With a masterfully selected cast and crew. END_OF_DOCUMENT_TOKEN_TO_BE_REPLACED