Paradiso 37, a high-energy restaurant and bar featuring cuisine from North, South and Central America, will welcome guests in May at its location in Pleasure Island at Downtown Disney.

The lakeside eatery will offer a variety of menu offerings representing the 37 countries of the Americas, plus an international wine bar, 37 varieties of tequila and 10 signature frozen margaritas.

The Downtown Disney restaurant will feature nightly entertainment and will be open daily from 11 a.m. until late night. 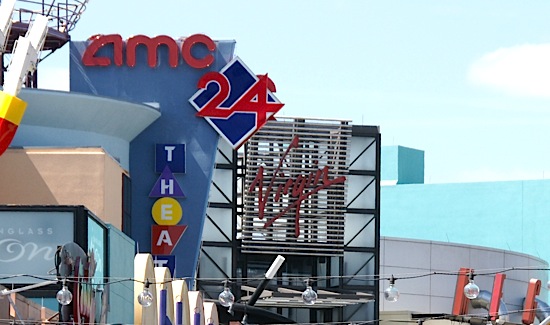 The AMC Theaters Web site is listing their Downtown Disney location as a future spot for an IMAX theater. They don’t list any time frame for when the theater may open, but some are speculating that once the Virgin Megastore closes next month, the space would make a perfect location for an IMAX theater. We’ll just mark this down as a rumor at this point.

Leading the way to deliver the ultimate movie going experience, AMC is expanding to offer you technologically advanced IMAX theatres nationwide. Check the listing to the right for an IMAX theatre that will be coming soon near you.