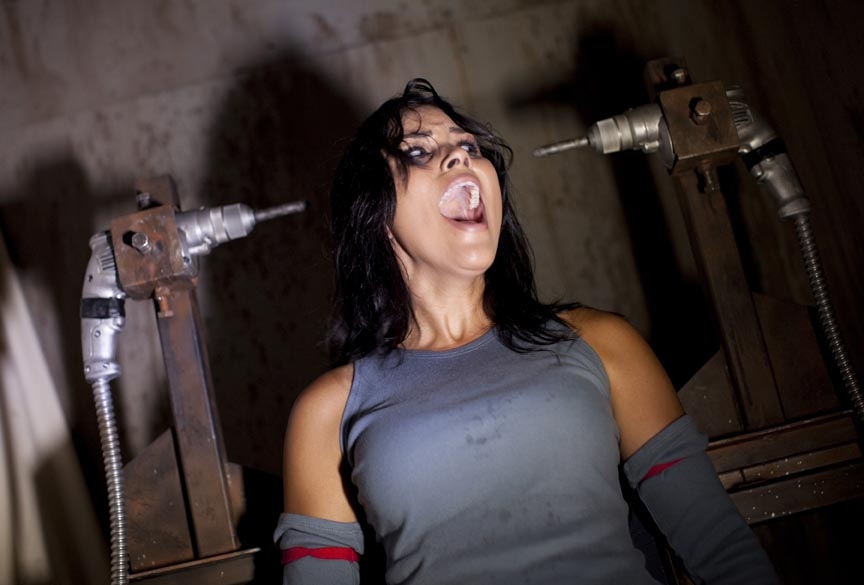 Tonight is the first night of Halloween Horror Nights 19 at Universal Studios. Below is a quick rundown of the haunted houses, scare zones, and shows you can expect to see at the event. We’ll be posting photos and video after we return tonight.

Haunted Houses
SAW – For years you have come to celebrate Halloween and to witness the weakness of others. The only way to gain redemption for this voyeuristic obsession is to truly know what it means to bleed, to feel weak; to experience pain. Jigsaw will give you this experience. Happy Halloween. Let the games begin.

Leave it to Cleaver – Samuel Meetz works for the people of Carey, Ohio as a butcher, bringing them the freshest meat possible. With a steady livestock of transients and town lawbreakers with which to serve, and a staff of volunteers who will preserve their towns deadly secret by any means necessary, there is truly no end in sight for Samuel or his family business. As Sam always says: Meet Me at Meetz…The Z stands for cannibal.

Silver Screams – Julian Browning has been the usher in the Universal Palace since it opened in 1922, of course, he’s been dead since 1940, but he still commands respect for his most beloved films from every patron. Buy a ticket to the Universal Palace, and let Julian usher you into a realm where the horror on the screen is ripped away to reveal a world that is truly terrifying. Features “Shaun of the Dead,” “The Phantom of the Opera,” “My Bloody Valentine 3D” and other popular horror films.

Cirque Du Freak – Inspired by Universal Pictures’ upcoming film “Cirque Du Freak: The Vampire’s Assistant,” which tells the fantasy-adventure tale of a boy who unknowingly breaks a 200-year-old truce between two warring factions of vampires. Pulled into a fantastic life of misunderstood sideshow freaks and grotesque creatures of the night, one teen will vanish from the safety of a boring existence and fulfill his destiny in a place drawn from nightmares. “Cirque Du Freak: The Vampire’s Assistant” will be in theaters on October 23. 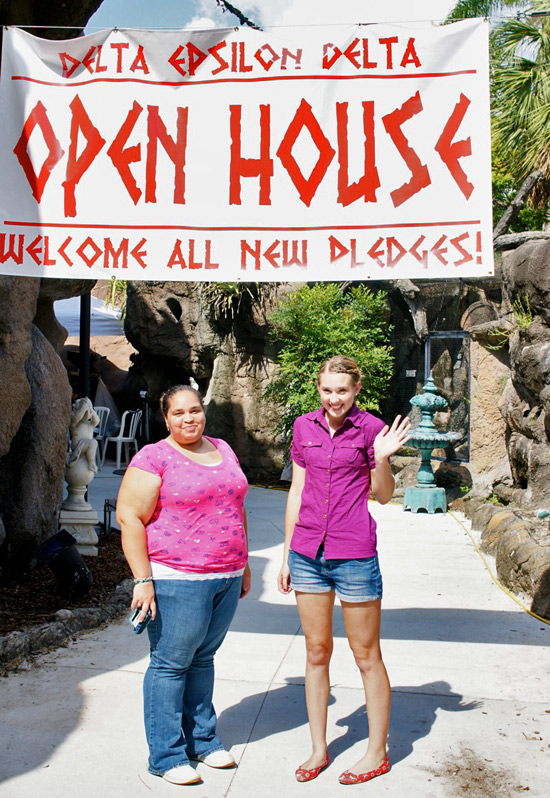 Two Orlando Attractions Magazine readers answered our call to be some of the first victims to walk through one of the seven haunted houses found within this year’s Howl-O-Scream event at Busch Gardens Tampa Bay.

They were each equipped with Howl-O-Scream’s infamous Scream Cam to allow you to watch their every scream and shriek as they wandered the dark halls of the DED Sorority haunted house.

This year, Busch Gardens rolled out an extra special surprise by having their scare actors unexpectedly call out our victim’s names – a personal touch that was added only for Scream Cam victims.

Below are the hilarious videos of Aurora Moore (left) and Dannie Kleszczowski and as they try to keep their cool (and fail) while being startled around every corner.

Pick up a copy of the Fall 2009 issue of Orlando Attractions Magazine to read more about Howl-O-Scream 10 at Busch Gardens Tampa Bay. 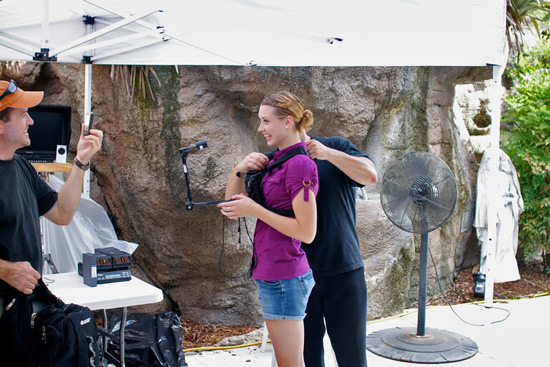 Dannie Kleszczowski gets suited up with the Scream Cam. 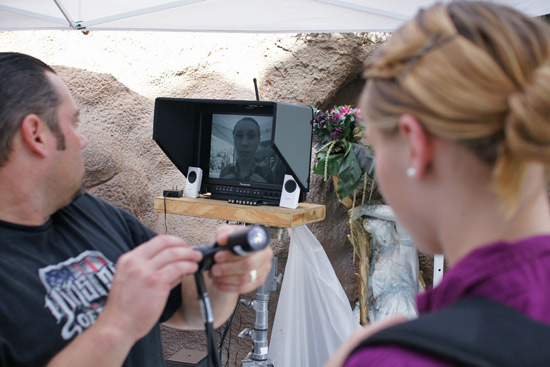 The Scream Cam is tested before Dannie heads into the DED Sorority haunted house. 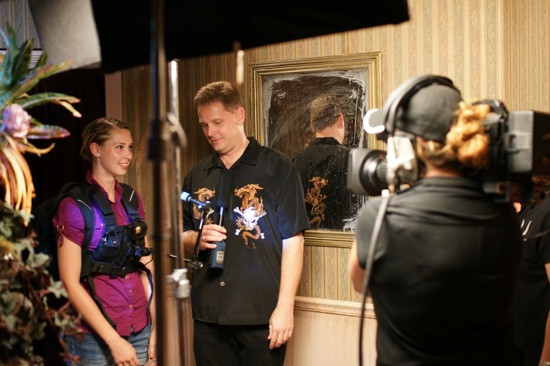 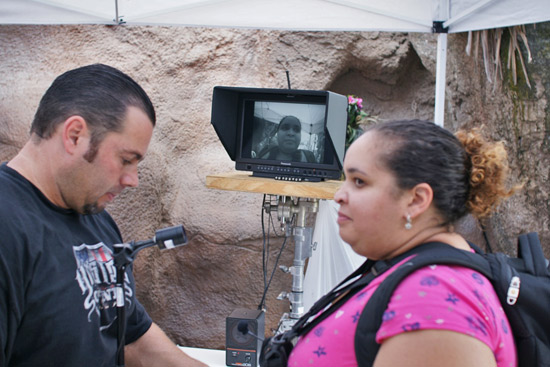 Our second victim, Aurora Moore, has the Scream Cam attached to her. 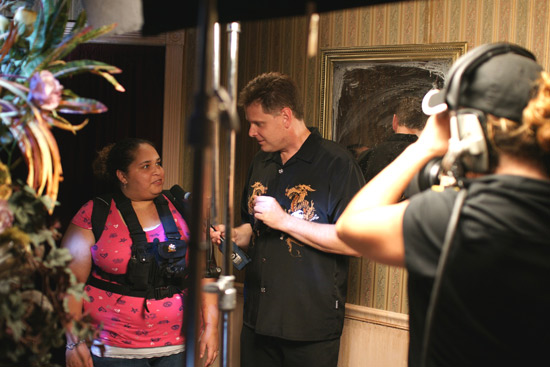 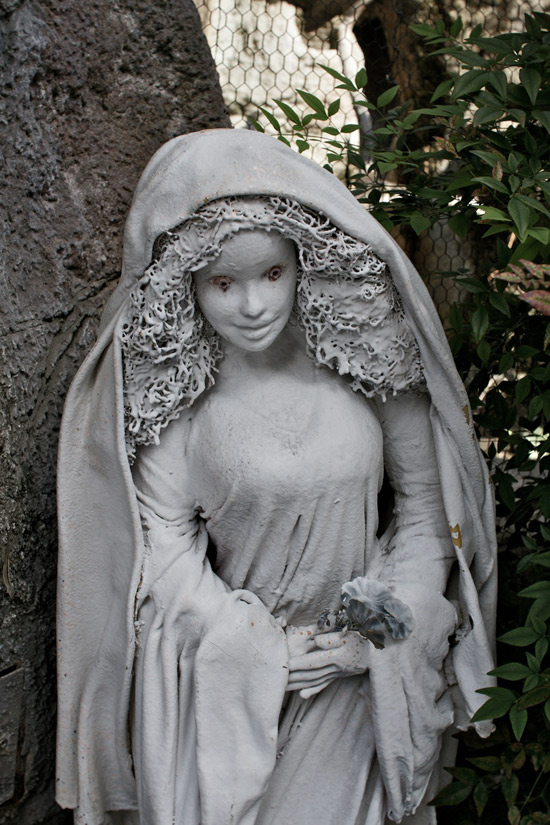 A creepy statue that sits just outside the DED house entrance. 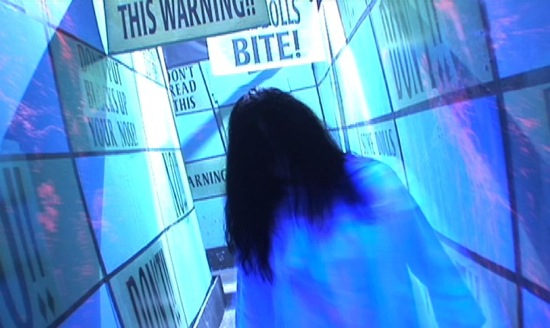 Here’s a look at several of the haunted houses and scare zones in Howl-O-Scream 10 for 2009 at Busch Gardens Tampa. This video was officially released by Busch Gardens.

For much more about Howl-O-Scream, pick up a copy of the Fall 2009 issue of Orlando Attractions Magazine and keep watching this blog.