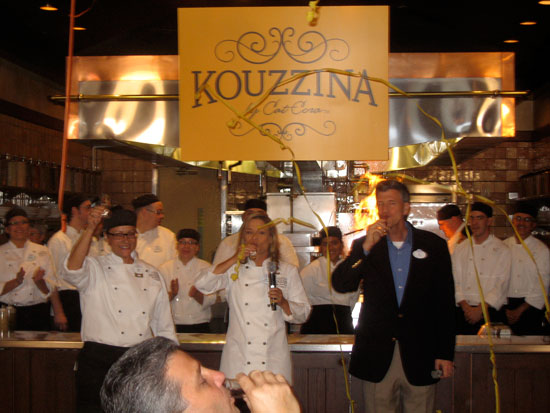 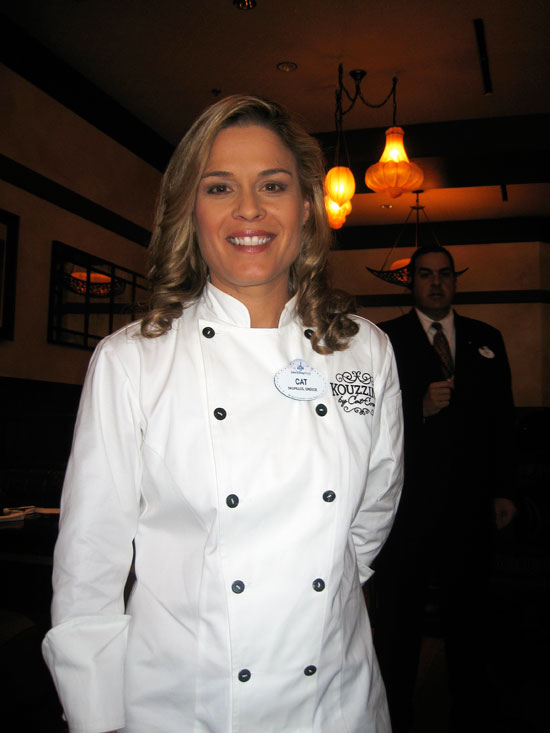 Cora is best known for her role as one of the Iron Chefs on Food Network’s “Iron Chef America” television show. It was also recently announced at Disney’s D23 Expo that Cora will be starring in an online cooking show with The Muppets.

And our full unedited one-on-one interview with chef Cat Cora:

Today, we were treated to a number of offerings from the Kouzzina menu: 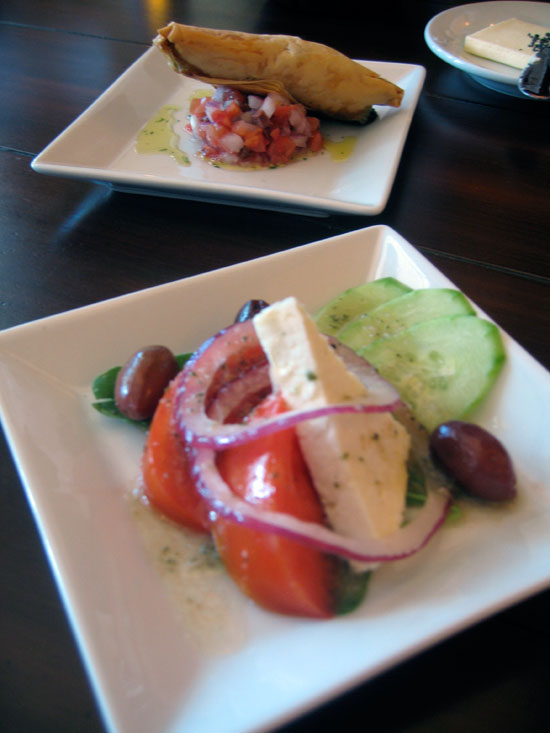 Spiro’s Greek Salad is named after Cat Cora’s father and features vine-ripened tomatoes, arugula, cucumbers, red onions, Kalamata olives, and Feta cheese. The salad is standard Greek fare but prepared with the freshest of ingredients, placing it high above your average salad.

Kouzzina’s spanakopita includes traditional phyllo pie of spinach, Feta, leeks, and dill. The phyllo was perfectly crispy while the center was filled with flavor.
END_OF_DOCUMENT_TOKEN_TO_BE_REPLACED