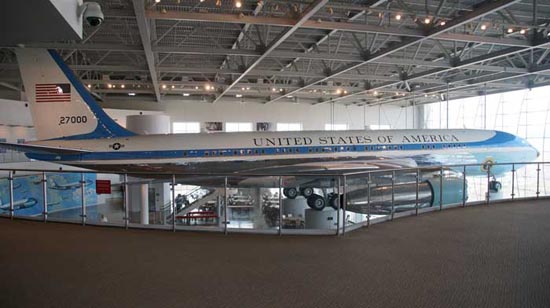 One of the unique features of the Ronald Reagan Presidential Library in California is the gallery with a retired Air Force One jet. President Reagan flew aboard this jet more than any other, 211 times. END_OF_DOCUMENT_TOKEN_TO_BE_REPLACED 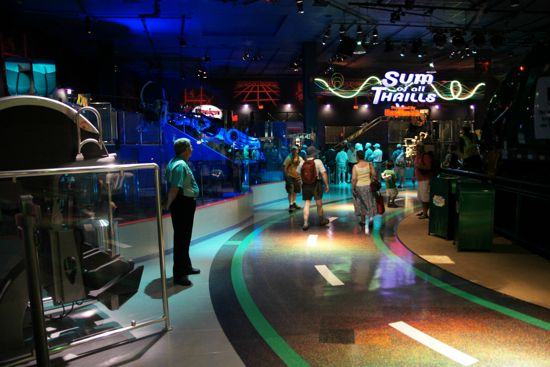 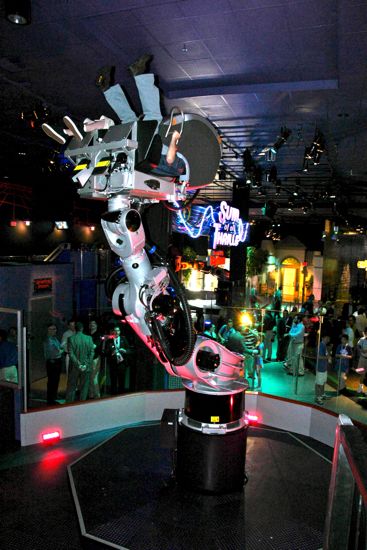 The Sum of all Thrills, a new attraction and ride sponsored by Raytheon, opened today at Innoventions East at Epcot.

The Sum of all Thrills lets guests create their own ride experience by choosing a ride theme: a roller coaster, bobsled or jet plane. Using multi-touch object recognition tables, guests use math and engineering-based tools to design and customize their ride by adding corkscrews, inversions or steep hills. In the process, guests can learn a little bit about mathematical and engineering principles to determine how much energy is needed for a jet to take off or for a roller coaster or bobsled to make it up its first climb.

When the design of the ride is complete, it is saved on a personal card with a unique bar code. The card is then used to allow each guest to experience his or her custom ride from beginning to end on the robotic KUKA RoboSim 4-D simulator.

Disney previously utilized KUKA robotic arms in their “Rockin’ Robots” exhibit also within Innoventions. This particular KUKA RoboSim arm is currently in use in one other United States theme park, this is the first installation combining the robot arm technology with the video simulator and hood. It has also been widely-rumored that Universal Orlando will be using a KUKA robotic arm in its upcoming Harry Potter and the Forbidden Journey attraction, though KUKA representatives would not comment on that today.

Inside the simulator, guests experience their ride on high definition video with stereo sound and a fan to simulate wind. 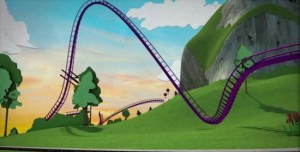 There are eight design tables and four robotic arms which each hold two people. Up to three people can experience the same designed ride (utilizing two arms simultaneously). If you’re happy with your design, you can keep your card and return to reride the same ride for up to six months.

The ride experience and viewing screen graphics are similar to CyberSpace Mountain at DisneyQuest. Don’t expect photo-realism here. Instead, the graphics are more cartoon-like, as shown in the image above.

We rode the Sum of All Thrills five times this morning with varying thrill levels. At the end of each ride, you are literally presented with a “sum of all thrills” in numerical form, rating the various elements you rode. If you don’t select any inversions and pick the most basic track elements, your “sum” will likely be in the 200s and your ride will be rather tame, though still somewhat entertaining. The maximum “sum” we received was in the 1,200s for a jet plane ride that included six inversions and a number of thrilling maneuvers. A ride in the 200s feels less thrilling than Big Thunder Mountain, so almost anyone meeting the height and safety requirements should be able to enjoy this experience. 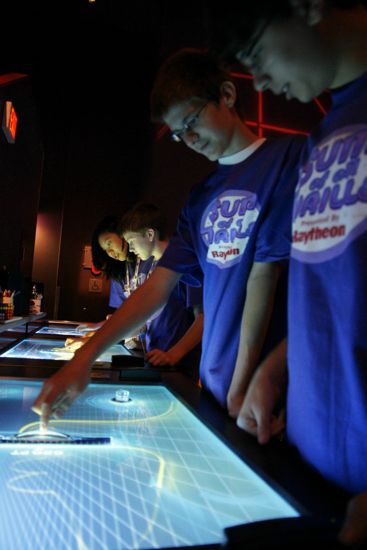 Guests must be 48 inches or taller to ride, 54 inches or taller if the designed ride includes inversions. The seats don’t fit all body types. Outside of the attraction are two sample seats for guests to try. The hood and screen must come down to a certain point before guests will be able to ride so larger guests may not be able to experience The Sum of All Thrills.

Since the ride system’s visually separates riders from the world around them, the feeling of being moved around on the end of a giant robot arm is minimal. Instead, you feel like you’re safely seated in a chair that’s rolling, pitching, and flipping you upside down. The ride looks more intense from the outside than it feels once you’re experiencing it. But that’s not to say that six inversions won’t make the blood rush to your head.

Overall, the Sum of All Thrills is better than most (if not all) Innoventions exhibits but not quite up there with Epcot’s best rides and attractions. The screen inside the hood is smaller than we would have liked. It seems to only be somewhere around a 15-20″ screen, which isn’t large enough for a totally immersive experience. But as Innoventions’ first ride, it serves its purpose of being entertaining, exciting, and even teaches guests a little something about math. And given the popularity of DisneyQuest’s CyberSpace Mountain, The Sum of All Thrills will likely prove to be a winner, especially with the teenage crowd.

In addition to the attraction at Epcot, Raytheon also unveiled a virtual Sum of all Thrills experience online at MathMovesU.com. The Sum of all Thrills world, aimed at middle school students, combines the three ride elements of the theme park experience into one multidimensional ride. Students answer math-related questions to unlock elements that enable them to build their own ride online.

“Sum of all Thrills is an example of how Raytheon is using innovation to encourage students to develop and sustain an interest in math and science,” said William H. Swanson, chairman and CEO of Raytheon Company. “By experiencing the ‘thrill’ of math in this environment, students have the opportunity first hand to feel the excitement and possibilities of careers that are possible with math and science. We hope young people and adults alike will enjoy this innovative experience.”