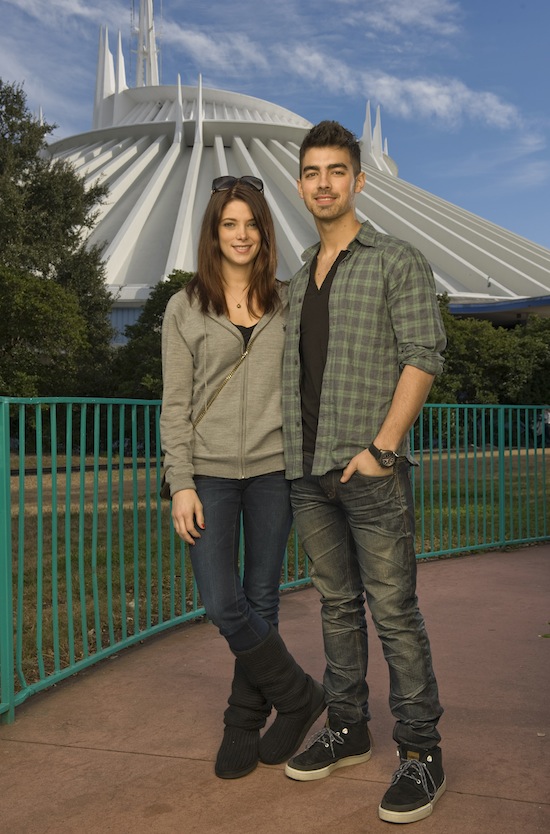 Twilight star Ashley Greene and Joe Jonas of the pop group Jonas Brothers stopped for a photo in front of Space Mountain during their visit to Magic Kingdom on Dec. 29, 2010. END_OF_DOCUMENT_TOKEN_TO_BE_REPLACED 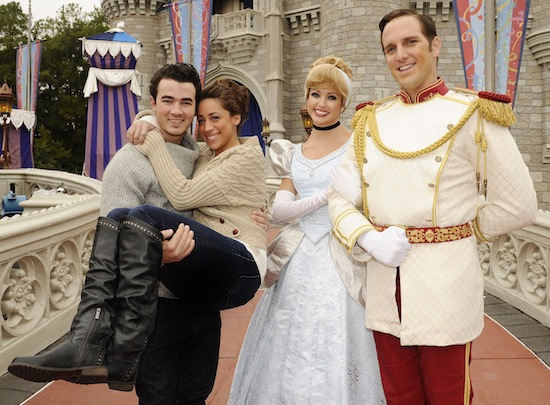 To celebrate their first wedding anniversary, Kevin Jonas of the pop trio “Jonas Brothers” and his wife Danielle pose in front of Cinderella Castle with Cinderella and Prince Charming at the Magic Kingdom. END_OF_DOCUMENT_TOKEN_TO_BE_REPLACED

Disney has gone miniature-crazy as they release their third tilt-shift video shrinking Walt Disney World through a clever photography technique. This time, their cameras were set up at the Magic Kingdom, during the Disney Parks Christmas Day Parade tapings, capturing the entire parade as well as performances by the Jonas Brothers, Kris Allen, Celine Dion, Yanni, and more.

Here’s a look at the video:

Disney also promises to show off more of their tilt-shift masterpieces in HD during the Disney Parks Christmas Day Parade when it airs on ABC on Dec. 25. 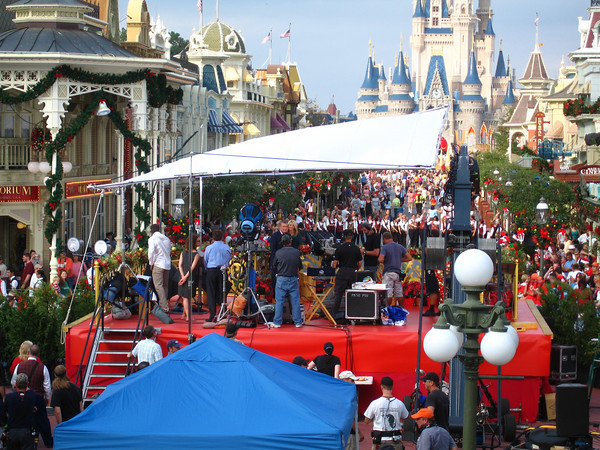 It’s a well-known “secret” that Disney’s annual Christmas Day parade is actually taped a few weeks before Christmas Day. This year, it’s being taped at the Magic Kingdom on Dec. 3, 4, and 5 (Thursday – Saturday).

Registration is now open for anyone who wants to sign up to be part of the crowd and watch the taping. You can register by following this link.

On Dec. 3 and 4, guest star performances will be shot on Cinderella’s Castle Stage and Main Street USA for the show. On Dec. 5, the parade itself will be shot featuring Disney Characters and guest star performances along Main Street USA. In the past, stars performing have included the Jonas Brothers, Miley Cyrus, Jessica Simpson, Katherine McPhee, the cast of “Dancing with the Stars,” and many more. The whole event has been hosted by Regis Philbin and Kelly Ripa, though they are generally only present while shooting the parade down Main Street.

Here are a few more details about the taping:

There is no age restriction on who can attend the taping. Up to 8 people are allowed to attend per family.Children 2 and under will not need a ticket and do not need to be included in the count.

The shoot will start as early as 7:30 a.m. but generally lasts throughout most of the day. Space is available on a first-come basis. If you arrive late on the day of the taping, you will not be guaranteed admission into the park. Word of warning: It can get very cramped in the reserved spaces.

If you decide to visit the Magic Kingdom that day without signing up for the taping, it is still possible to watch the show, but you will not be allowed into the special reserved areas and will be required to keep moving along the sidewalks.

Here’s a brief video we shot during the 2007 Christmas Day parade taping: