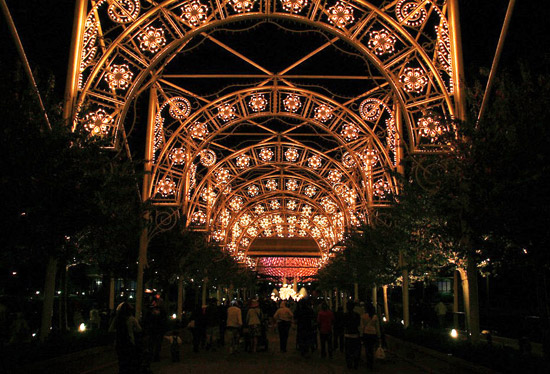 With Christmas decorations beginning to show up all over Walt Disney World, fans have wondered when the popular Lights of Winter archways linking Epcot’s Future World and the World Showcase would be installed. The answer: they won’t.

Today Disney announced that the Lights of Winter have officially been retired:

Note:The Lights of Winter at Epcot has been enjoyed for years. But tech to operate the lights is obsolete, prompting us to retire the lights

Many Disney fans who are displeased with the removal of this holiday staple. The Lights of Winter have flickered on and off, synchronized to holiday music for many years. Their retirement now leaves the nightly Osborne Family Spectacle of Dancing Lights at Disney’s Hollywood Studios theme park as the primary spot to watch dancing lights for Disney park goers.