Starting on Aug. 14, 2020, movie fans will get the rare opportunity to watch a movie where some of the most iconic Hollywood movies were made: The historic Sony Pictures lot in Culver City, Calif.

END_OF_DOCUMENT_TOKEN_TO_BE_REPLACED

“Men In Black: International”, the newest film in the M.I.B. franchise, brings together Tessa Thompson and Chris Hemsworth in an adventure that pays respect to the past while opening up a whole new universe of stories.

END_OF_DOCUMENT_TOKEN_TO_BE_REPLACED

A large amount of Sony Pictures Entertainment’s 2019 film slate will be down in 4DX format around the world, thanks to a multi-picture deal.

END_OF_DOCUMENT_TOKEN_TO_BE_REPLACED 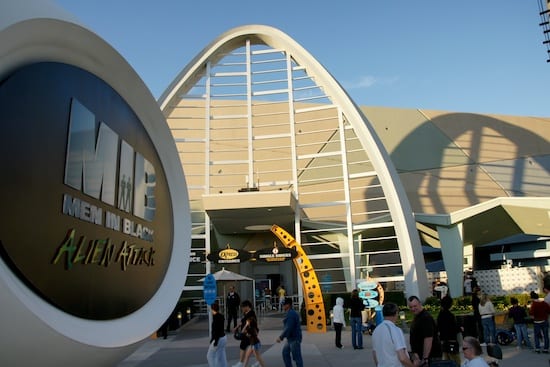 It takes a special kind of Galaxy Defender to max out on the Men in Black Alien Attack ride at Universal Studios Florida. It takes someone who is not afraid to spin in circles while shooting the slime of the alien world. Here are some tips that will help you earn a suit of honor. END_OF_DOCUMENT_TOKEN_TO_BE_REPLACED

The men in black are back and better than ever in MIB3. With Will Smith’s return to the silver screen after a four year hiatus, Josh Brolin’s highly believable performance as a younger Agent K and Tommy Lee Jones dry humor, fans of Men in Black will love this great addition to the series. END_OF_DOCUMENT_TOKEN_TO_BE_REPLACED 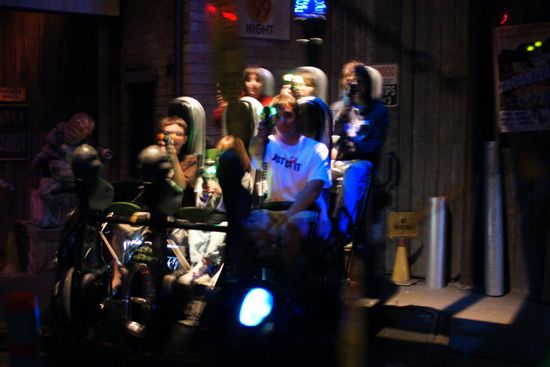 Robert Niles of Theme Park Insider has posted a question and answer with Dave Cobb, the creative director for the Men In Black Alien Attack ride at Universal Studios.

Below are his tips for getting the best score. The interview also includes technical and creative details about creating the ride. Follow the link to read the full interview.

I remember reading some Internet rumors about “hidden targets” in the ride — targets without a character or visible hit point, but that if you knew where to zap, you got hundreds of thousands of points. I swear that, as of opening day in 2000, we hadn’t included anything like that — so if there are any hidden targets, they’ve been added since then. However, there *are* some good points to be had by really looking for aliens in difficult places — like up in the higher windows, or hanging from the streetlights, or zapping at the Big Bug’s teeth and eyes (look closely and you’ll see some targets hidden in there). Another good one is Frank the Pug — he’s hidden to the right of the inside track, next to the Crashed Spaceship, at the Locksmith’s counter. He’s not animated or anything, he just sits there — but he’s worth a bunch. Right next to the locksmith, look for Steven Speilberg’s head — he’s the disguise being used by the aliens holding up the newspaper — if I recall, he’s worth quite a bit, too.

Also, remember that your guns work via infra-red beams — which are actually *cones*, and the diameter of your beam gets bigger as it goes farther away. In other words, you’re slightly more accurate with distant targets than you are with close ones. However, the beam *power* falls off a bit as it goes farther away, too — so it’s a trade off. Try to stay on targets that are a car’s length or two away from you.

Most importantly, stay on one target at a time. If you hit something, hit it again. And again. In quick succession. In fact, stay on a single target and hit it as many times as you can before you have to move to another one. Don’t waste time targeting when you could be shooting and scoring.

Finally, be ready for that red button. The first person to hit it gets points galore. I’ve even heard of people being able to score more than once if you push it very rapidly in quick succession. Might be a glitch, or perhaps they reprogrammed it after opening.

That’s the nice thing about a game-based ride — there’s enough software flexibility so you can change the scoring system and create new target logic anytime you want. I have no idea if the game programming is the same as opening day, or if the park has changed up the scores since then, or if the three rankings are even the same score level we originally established. The park would be crazy not to fiddle with those elements every once in awhile, to keep the fans guessing. I certainly would. 🙂