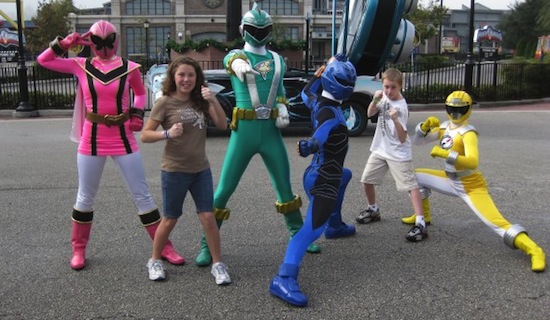 By Kenny “The Pirate” White

One the favorite traditions of my children growing up was posing in true martial arts style with the Power Rangers. We would schedule our park time around their meet schedules at Disney’s MGM Studios (now Disney’s Hollywood Studios) so the kids could meet each ranger. The Power Rangers would arrive in a well-themed car (Now the Phineas and Ferb vehicle at Disney California Adventure) with the theme song blasting, and pose with kids along the Streets of America.

Sadly, those meets went away when Disney sold the Power Rangers franchise back to Saban Entertainment for a tidy profit. But, your kids can still have an opportunity to meet the Power Rangers and take those same karate style photos with the Nick Hotel’s Power Ranger Weekend! END_OF_DOCUMENT_TOKEN_TO_BE_REPLACED