END_OF_DOCUMENT_TOKEN_TO_BE_REPLACED

In a recent question and answer session, Christine McCarthy, senior executive vice president and chief financial officer of The Walt Disney Company, shared an update regarding the status of Disney Cruise Line’s next ship, the “Disney Wish”.

In response to the question of when to expect the three new cruise ships scheduled for 2021 – 2023, McCarthy replied, “The shipyard we utilize for our cruise ships, Meyer Werft, was impacted [by COVID] and we encountered a delay. We’re in negotiations and discussions with the shipyard to finalize dates, but as soon as we have those, we’ll make an announcement for when the fifth ship will be delivered. But it is delayed from what we originally anticipated.”

McCarthy then addressed new rides and attractions scheduled for the Disney Parks. Confirming that attractions currently under construction remained a priority for The Walt Disney Company. Specific priorities mentioned by McCarthy for completion included the “Star Wars Hotel” at Walt Disney World, Avengers Campus at Disney California Adventure as well as Mickey and Minnie’s Runaway Railway in Disneyland.

While McCarthy included three projects as priorities for the Disney Parks, there was no mention as to their timeline for opening. Disney previously announced that reservations Star Wars: Galactic Starcruiser, the “Star Wars Hotel”, would open later this year for a 2021 opening. The Marvel Avengers Campus was expected to open July 18, 2020, but the Disneyland Resort has yet to reopen since shutting down in March due to the coronavirus pandemic. Disneyland’s version of Mickey and Minnie’s Runaway Railway has already been pushed back from 2022 to 2023. Finally, there was no mention of Tron Lightcycle / Run slated to open in 2021 at the Magic Kingdom, or the multiple ongoing projects at Epcot including Remy’s Ratatouille Adventure, Space 220 restaurant, Guardians of the Galaxy: Cosmic Rewind, nor others.

During the Disney Parks, Experiences and Products panel during D23 Expo 2019, a first look was shared at the Disney Cruise Line’s newest ship, the Disney Wish.

END_OF_DOCUMENT_TOKEN_TO_BE_REPLACED

New spaces and experiences are coming to the Disney Magic in March 2018, including family dining in an enchanted kingdom, a teen club, and a high-end café for adults. END_OF_DOCUMENT_TOKEN_TO_BE_REPLACED

Disney’s Moana will make her first voyage onto the ice this year as Disney On Ice presents “Dare to Dream” travels to cities across America. END_OF_DOCUMENT_TOKEN_TO_BE_REPLACED

Breakfast is about to get a little more magical at Trattoria al Forno at Disney’s Boardwalk. Starting April 2, guests will be able to meet royal Disney couples Ariel and Prince Eric and Rapunzel with Flynn Rider while enjoying their meals at the “Bon Voyage Breakfast” character dining experience. END_OF_DOCUMENT_TOKEN_TO_BE_REPLACED 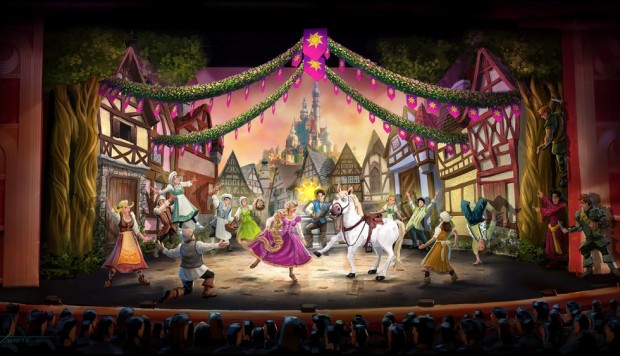 An original stage show based on the animated film “Tangled” will debut onboard the Disney Magic this November, marking the first time the Disney tale has been adapted for the stage. END_OF_DOCUMENT_TOKEN_TO_BE_REPLACED 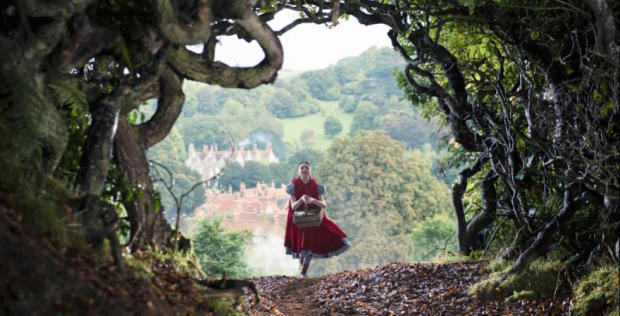 Just so there aren’t any surprises, there are three things you need to know before seeing Disney’s “Into The Woods”. It’s a musical. It’s a comedy. It’s a very good movie. END_OF_DOCUMENT_TOKEN_TO_BE_REPLACED