After many years in the making, “The Further Adventures of Walt’s Frozen Head” is releasing on digital platforms on Thursday, March 14.

END_OF_DOCUMENT_TOKEN_TO_BE_REPLACED

The Further Adventures of Walt’s Frozen Head, an upcoming unofficial comedy that was shot at Walt Disney World without authorization, has released its first full trailer online. END_OF_DOCUMENT_TOKEN_TO_BE_REPLACED

Escape From Tomorrow may have been the first movie clandestinely shot inside Walt Disney World, but it looks like it won’t be the last, or the funniest, because legendary theme park performer Ron Schneider has just been cast as the cryogenically preserved cranium of Walt Disney himself in the upcoming feature film The Further Adventures of Walt’s Frozen Head.

Actor Ron Schneider has been cast in the indie comedy The Further Adventures of Walt’s Frozen Head, playing the title role of Walt. Schneider is known for his long history performing and writing for theme parks across America, including Disneyland, Magic Kingdom, Universal Orlando, and Epcot Center, where he originated the strolling character of Dreamfinder for the much beloved Journey into Imagination pavilion.

“I’ve been a passionate fan of Walt Disney’s since the 1950s, I never could have imagined I could have been a part of anything like this,” says Schneider. “It’s a wild story told with respect, humor and a lot of love.”

Playing off the urban legend that Walt Disney had himself cryogenically preserved, the feature film was primarily shot in the Orlando area, including on location at Walt Disney World. The movie was made without the knowledge or permission of the Walt Disney Company or family. The film is currently raising money for post­-production costs via Kickstarter, an online crowdfunding platform that offers rewards like t­shirts, pins and copies of the film in exchange for donations to the project. The campaign ends July 10.

The Further Adventures of Walt’s Frozen Head is a quirky comedy about the unlikely friendship between the frozen head of Walt and Peter, a Magic Kingdom Cast Member. During his yearly de-thaw to oversee the direction of his company and guard his creative legacy, Walt demands to be allowed up to see his final dream, Walt Disney World. When management scoffs, he recruits Peter to kidnap him for a day in the Magic Kingdom.

The majority of filming was done with a stand­-in for the part of Walt, as casting had not yet been decided. While most of the film has already been completed, Schneider’s work will soon be recorded and digitally composited into the existing footage. Significant portions of the film were shot on Walt Disney World property without the knowledge of the Disney company. While this film is not the first to do so, it is the first feature film about the urban legend of Walt Disney’s cryogenic preservation.

Publicity for the film has been fueled by the popular twitter account @waltsfrzenhead. The account tweets humorous commentary on the theme parks, films, and general news from the perspective of the cryogenically preserved head of Walt. The filmmakers anticipate a Spring 2017 completion date.

For more about Ron Schneider, watch this Attractions The Show interview with him from 2012 about the release of his autobiography: 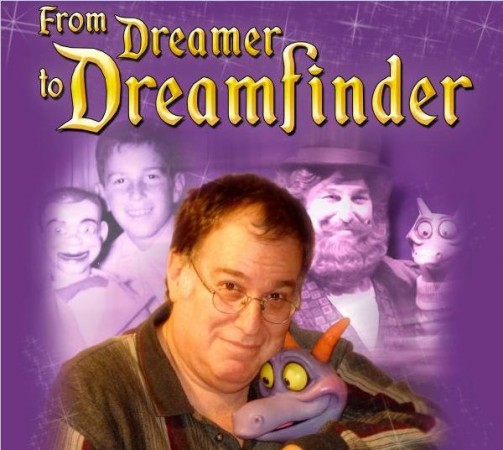 Long-time theme park performer and show developer Ron Scheider has released an autobiography. Entitled, From Dreamer to Dreamfinder: A Life and Lessons Learned in 40 Years Behind a Name Tag, the book is currently available in paperback and ebook formats from all major retailers. END_OF_DOCUMENT_TOKEN_TO_BE_REPLACED 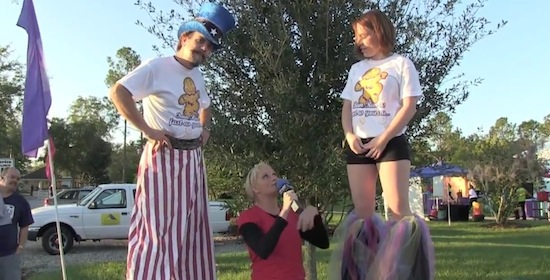 Hosts Heather Leonardi and A. Ali Flores bring you all the latest Central Florida theme park and attraction news. END_OF_DOCUMENT_TOKEN_TO_BE_REPLACED