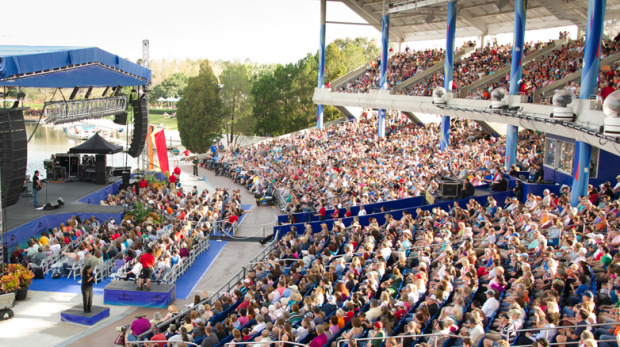 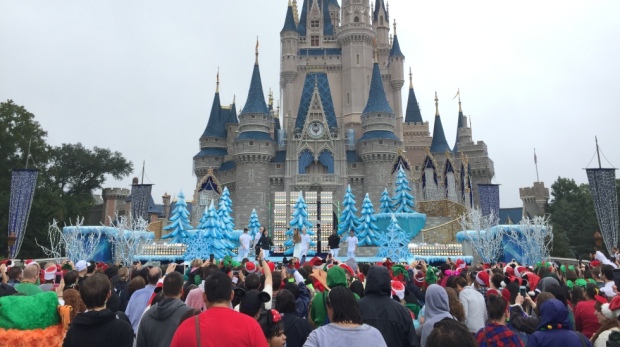 Disney’s annual Christmas Day special has been a tradition for families for 31 years, and this year the broadcast has a bit of a change as it celebrates “Frozen”.

END_OF_DOCUMENT_TOKEN_TO_BE_REPLACED 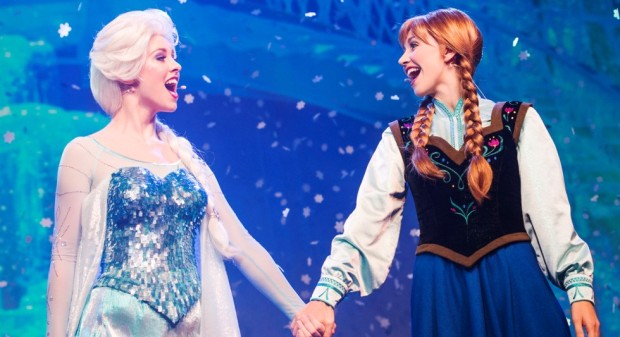 Guests can enjoy even more Frozen fun as Frozen Summer Fun Live is extending its run at Disney’s Hollywood Studios through Sept. 28, 2014. END_OF_DOCUMENT_TOKEN_TO_BE_REPLACED 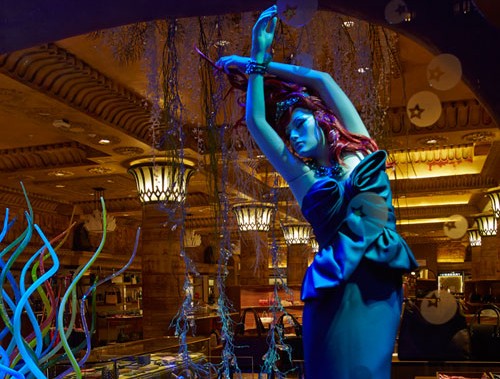 A display of dresses inspired by Disney’s iconic Princesses will make their U.S. debut and be available for viewing Aug. 9–11 at the D23 Expo in Anaheim Calif. Fans will also hear the true story of how Disney’s Mary Poppins movie was made and hear some “lost” songs. END_OF_DOCUMENT_TOKEN_TO_BE_REPLACED

For one night this August, at Disney’s D23 Expo, two Academy Award-winning composers will share the stage for a once-in-a-lifetime concert filled with the cherished Disney songs young and old have fallen in love with. END_OF_DOCUMENT_TOKEN_TO_BE_REPLACED 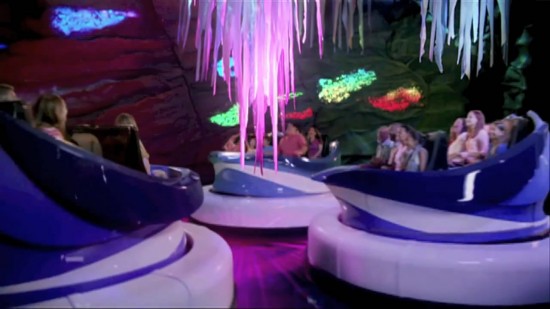 SeaWorld Orlando has released their first look inside the new attraction Antarctica: Empire of the Penguin, as well as announced a partnership with award-winning country artist Lauren Alaina to perform the official theme song for the new attraction, which opens May 24, 2013. END_OF_DOCUMENT_TOKEN_TO_BE_REPLACED 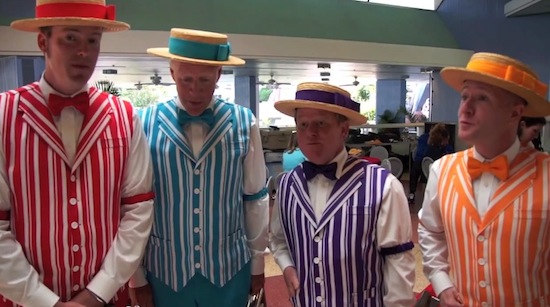 You usually hear them singing old time songs that fit the time period Main Street is set in, but from Feb. 25 through March 3, the Dapper Dans will be singing popular boy band tunes at the Magic Kingdom. END_OF_DOCUMENT_TOKEN_TO_BE_REPLACED 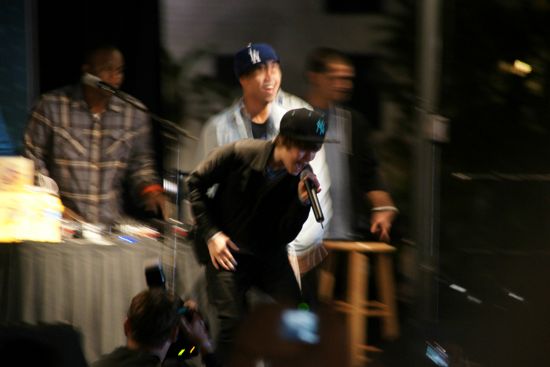 Radio Disney held a concert in the town of Celebration last Saturday as part of the nightly holiday Now Snowing event. The headliner was 15-year-old Justin Bieber.

The corner of Front Street and Market Street was jammed with fans – mostly preteen and teen girls. Whenever someone on stage mentioned Justin’s name, I bet you could hear the screaming from Disney World. Many of the girls had been waiting on the street since early Saturday morning. 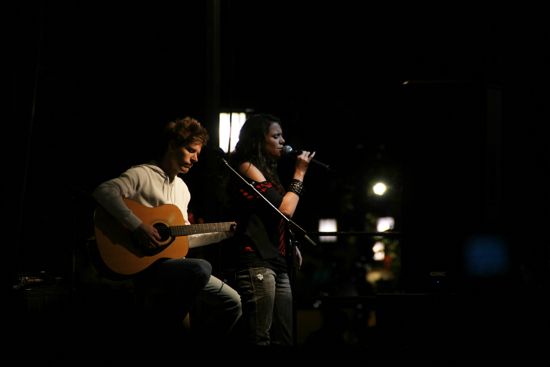 The Radio Disney event started at 6 p.m. with one of the radio personalities on stage doing various dances with the crowd. Next up was a performance by Jasmin. She’s the 2009 N.B.T. (Next Big Thing) winner, chosen by Radio Disney fans. 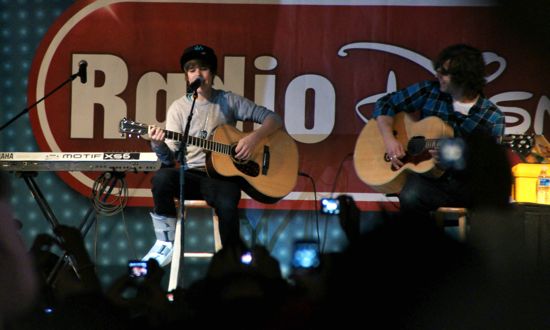 After much more delay than the crowd wanted, Justin Bieber finally took the stage.

I was able to record a couple of his songs. Please forgive the shakiness. As I said, the fans were really packed into the streets and cameras and signs were going up all over. 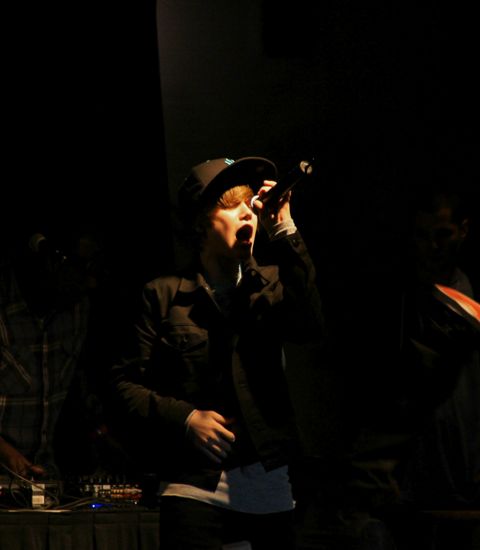 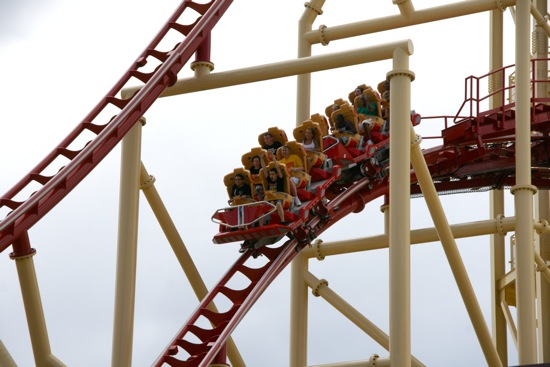 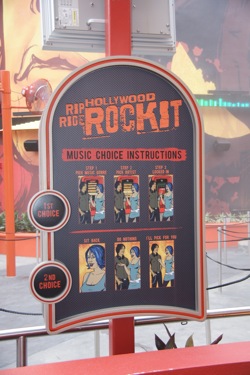 The newly open Hollywood Rip Ride Rockit roller coaster at Universal Studios lets riders choose from 30 different songs to listen to during the ride. (Click here for the full list.) But there have been rumors online of up to 999 songs available by following specific unlisted instructions.

Yesterday we interviewed Louis Alfieri, the ride’s creative director, for an article in our upcoming Fall 2009 issue. When asked about the hidden tracks, he replied, with a big smile, “Rockit has the ability to offer layers of discovery that no other coaster has before.”

When you sit down, instead of selecting the songs listed, hold your finger on the Hollywood Rip Ride Rockit logo at the top of the screen for about five to 10 seconds. When you lift your finger, a number keypad should appear on the screen. Enter any three digit number from 001 to 999 and touch enter.
EDIT: It appears there aren’t 999 songs to choose from. If you enter a three digit number that doesn’t contain a bonus song, you’ll get the default song, Busy Child by The Crystal Method. Bryan reported below in the comments that the bonus tracks seem to be between these numbers: 101-132, 301-312, 501-508, 701-718, 901-904

Now all we need to do is figure out what numbers correspond to which songs. These haven’t been confirmed, but here’s what’s been reported so far:

Please help us fill in the list. If you ride and can identify any secret songs, let us know the song name and number and we’ll update the list.