Movie fans can bid on production-used scripts, props, costumes, publicity photos, and press books from some of their favorite movies during the Hanlin’s Hollywood Memorabilia Auction at 11 a.m. CDT on Sept. 11 and Sept. 12, 2020.

END_OF_DOCUMENT_TOKEN_TO_BE_REPLACED 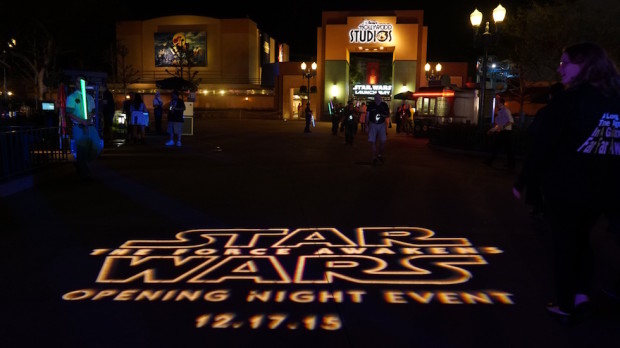 The Force was strong at Walt Disney World as thousands of fans got together to celebrate the opening of “Star Wars: The Force Awakens” with a special ticket event. END_OF_DOCUMENT_TOKEN_TO_BE_REPLACED 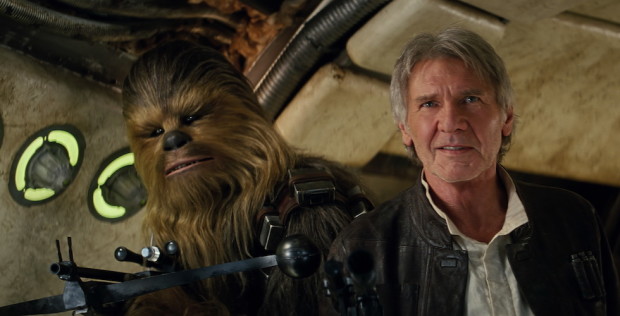 This review is going to be a bit different than our usual reviews. Since there’s so much hype and excitement for “Star Wars: The Force Awakens” … and so many people are afraid of spoilers … and different people have different definitions of what is and isn’t a spoiler, I’m going to write this review in different levels: 1 through 3. One will be the very minimal amount of information (good or not), up to number three, which still won’t give what I consider spoilers, but is more than many want to know. Let’s start with the basics:

“Star Wars: The Force Awakens” is rated PG-13, is two hours and 15 minutes long and is available in 3D. (I didn’t see it in 3D, so I can’t comment on it.) There’s no mid- or end-credit scene. Now on to the pick-your-level review. (If you’re a big fan, I suggest you only read number one and maybe two.) 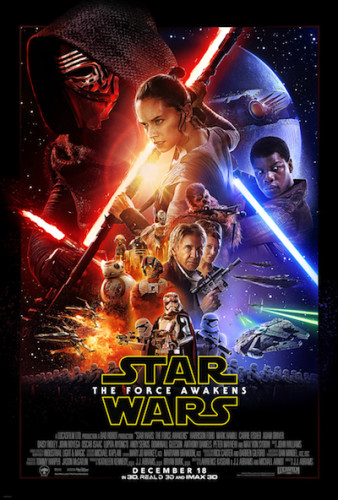 1.
Yes, the movie is excellent. I enjoyed it much more than episodes one through three. You should definitely go see it. If you consider yourself a big Star Wars fan, go ahead and buy your ticket to see it a second time. If that’s all you want to know, stop here or scroll to the bottom to see non-spoiler videos from the new Star Wars theme park attractions. But if you want to know the plot, go on to number two.

2.
The basic plot hasn’t really been told in the trailers. But this is all info that is in the opening crawl – you literally see it in the first few seconds of the movie: Luke Skywalker is missing. With the last Jedi gone, a new group called the First Order has picked up the pieces of the Empire and is putting it back together. General Organa (AKA Princess Leia) and the Resistance are searching for Luke to get him to help them fight the First Order. The First Order is also searching for Luke to kill him and finally get rid of all the Jedis. Want to know a little about the new characters, read on.

3.
I won’t give you more details on the plot, but here’s who you’ll meet in the movie. From the Light Side, you’ll meet a Resistance Pilot named Poe Dameron (Oscar Isaac), his droid BB-8, a scavenger named Rey (Daisy Ridley), a wise creature with poor eyesight named Maz Kanata (Lupita Wyong’o) and a former stormtrooper named Finn (John Bodega). As for the Dark Side, you’ll meet a Darth Vader wanna-be named Kylo Ren (Adam Driver), General Hux (Domhnall Gleeson), their boss Supreme Leader Snoke (Andy Serkis) and the head of the Stormtroopers, Captain Phasma (Gwendoline Christie). Of course there are also some very familiar characters too, such as Leia (Carrie Fisher), Han Solo (Harrison Ford), Chewbacca (Peter Mayhew), R2-D2 (Kenny Baker), C-3PO (Anthony Daniels) and Luke Skywalker (Mark Hamill). You’ll also see some background creatures you’ll recognize. Of course, the good guys team up to fight the bad guys as both are searching for Luke. You’ll find out more about the new characters as the movie goes on. You’ll laugh and cry (both kinds of tears).

The movie strongly resembles the original trilogy from the ’70s and ’80s. In fact, if there’s anything bad to say about it, it’s that it’s a little bit too much like the original movies. Parts of it had me thinking “this is just like in episode four, and this is similar to what happened in episode six”. But that’s also what makes it so great. It feels like the original three we all loved. And there’s enough different from those not make it a real problem. Go see it, soon – before you read any spoilers that will really spoil the movie for you.

In the Parks:
Disney’s Hollywood Studios and Disneyland park are the places you’ll want to head after seeing the new movie. Each have pretty much the same things: Star Wars Launch Bay, a new Jedi training show, new character meets, gift shop, Star Wars foods and drinks, Path of The Jedi film, and new Star Tours destinations. But there are two key differences, Disneyland has a Space Mountain makeover called Hyperspace Mountain, and Hollywood Studios has a Star Wars fireworks show. Here are some videos of the new offerings:

Here’s a fun video we created with a BB-8 toy at Magic Kingdom:

Here’s a look at the red carpet premier of the movie in Hollywood:

Here are the filmmakers and characters on stage before the movie premier: 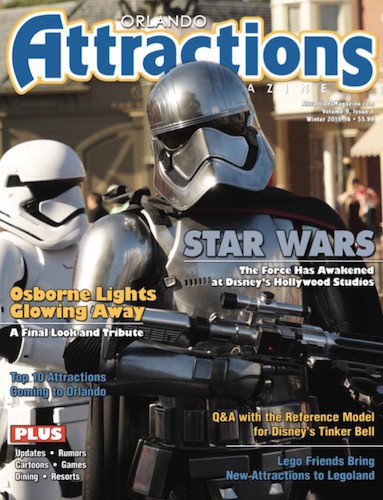 Of course, we have to mention our new issue, which all Star Wars fans will want, featuring Captain Phasma on the cover and interviews with the Imagineers who created the new attractions inside. Order a single copy here, or click here for a subscription and a copy. 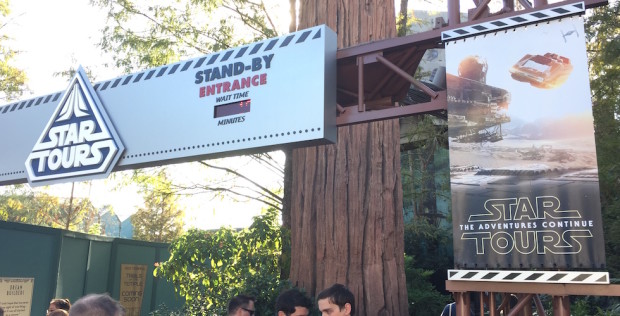 We knew it was coming, but a new scene from “Star Wars: The Force Awakens” has been added to the Star Tours ride sooner than expected. END_OF_DOCUMENT_TOKEN_TO_BE_REPLACED