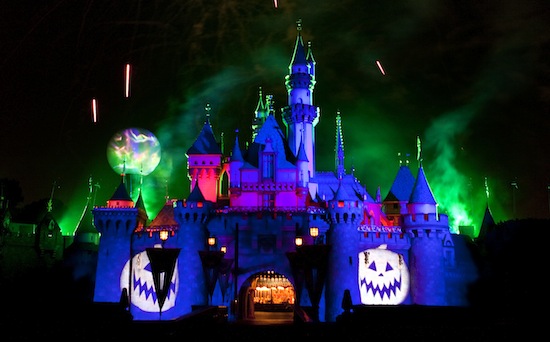 Halloween is a fun definitely a fun time at the Magic Kingdom in Florida with Mickey’s Not So Scary Halloween Party. It’s inevitable that you’ll get caught up visiting the many candy stations around the park. One might assume that Halloween at Disneyland in California, Paris and elsewhere is exactly the same. Actually, Halloween takes on different flavors depending on which Disney park you happen to visit.

The Halloween experience at California’s Disneyland Resort is highlighted by seasonal ride overlays. Space Mountain’s “Ghost Galaxy” features a haunting soundtrack, visual effects and creepy cosmic creatures lurking around every corner. The Haunted Mansion Holiday has a Nightmare Before Christmas feel complete with dead Christmas wreaths, the wicked Oogie Boogie and Jack Skellington himself. Additional attractions for the season include the Main Street Pumpkin Festival and The Big Thunder Ranch Halloween Roundup. Need candy? You can get all you need at Mickey’s Trick or Treat Party at Disney’s California Adventure park next door to Disneyland. The fun runs from Sept. 25 through Nov. 1. 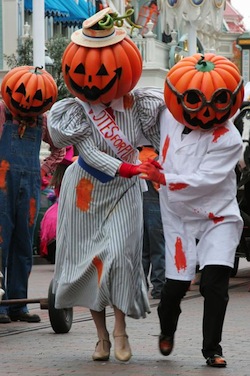 Disneyland Paris celebrates its “Halloween Festival”. The festival runs from Oct. 3 through Nov. 1. The season is highlighted with special parades and of course, decorations. The décor takes on a darker atmosphere, or as they describe it – Halloweenmosphere. Spooky pumpkin-headed creatures roam the park and perform in parades. Jack Skellington plays a big role here too. Even vampire Mickey makes an appearance. On select nights, the Not-So-Scary Party takes place in the evening. This is a new addition to Paris. On Oct. 31, Halloween Party goers are invited to a “moonlit park” and to attend in their “spookiest” outfit. This apparently is not, not-so-scary.

“Disney’s Halloween” has been in full swing for weeks now at Tokyo Disneyland and Tokyo DisneySea. The celebration that started Sept. 10 continues on until Nov. 3. Like California, The Haunted Mansion gets a Halloween makeover called Holiday Nightmare. Two parades showcase the villains: “Re Villians!” and “Bonzai! Villians!.” The DisneySea park has events dubbed the “Mousequerade”. Characters don beautiful costumes and Venetian masks. The “Night High Halloween” fireworks presentation ends the evening. 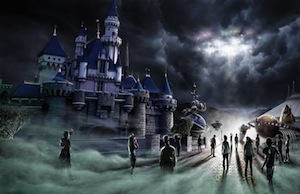 Halloween in Hong Kong takes an extra-terrestrial turn as the “dark force takes over.” It is not exactly clear what the dark force is, but it’s apparently responsible for the spookier Hong Kong Disneyland this time of year. Aliens crash land into Tomorrowland lured by the dark force. Guests can even visit the spaceship. I’m completely intrigued by the “Demon Jungle.” I guess I’m trying to imagine the Jungle Cruise skippers’ corny jokes taking on a more macabre tone. Hong Kong gets Space Mountain Ghost Galaxy as well. The experience is complete with Halloween themed food, haunted meet and greets, and a Halloween parade. The invasion started Sept. 18 and continues until Halloween. (Watch the commercial below.)

It seems our Disney counterparts on the left coast and around the world, get a varied Halloween experience. In Orlando, Disney chooses to go completely kid-friendly whereas internationally, that is definitely not the case. This is perhaps to be the polar opposite of the very scary, very adult events at Universal Orlando and Busch Gardens. Even if scary is not your thing, I wish the holiday ride overlays were in Florida. One can hope that some of these changes might make their way to Orlando someday. 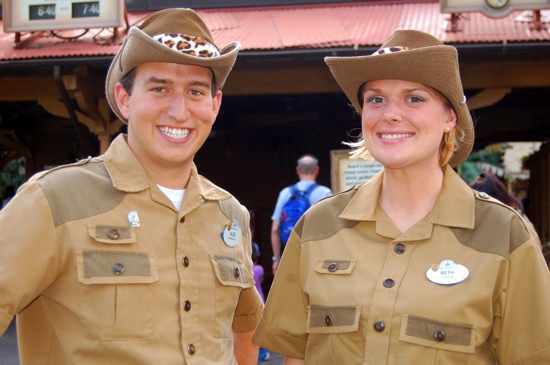