Ready or not, here, we, selfie. The famous Saturday Night Live character, David S. Pumpkins, has made a triumphant return. Pumpkins is now making a wax figure appearance at Madame Tussauds for all to see. Any questions? END_OF_DOCUMENT_TOKEN_TO_BE_REPLACED 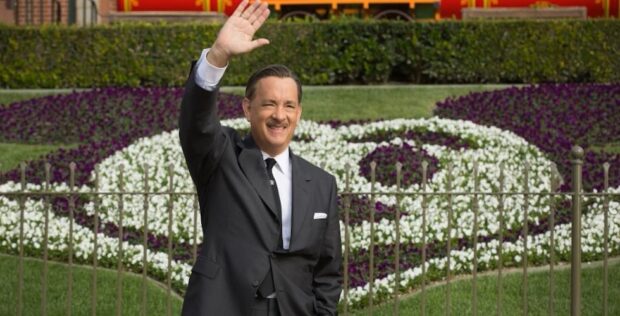 If P.L. Travers were still alive and helping Disney’s script writers create “Saving Mr. Banks”, we’d most likely have a very different, more accurate movie. But if Walt Disney were leading this retelling of the creation of the Mary Poppins movie, we’d have a bit more exciting movie. Saving Mr. Banks is the most boring movie Mickey Mouse and the gang have ever been in. Don’t get me wrong, Saving. Mr. Banks tells a great story and features a great cast. Adults and teens who have an interest in Disney or Mary Poppins will love it. Just don’t expect the movie to keep small children’s interest. 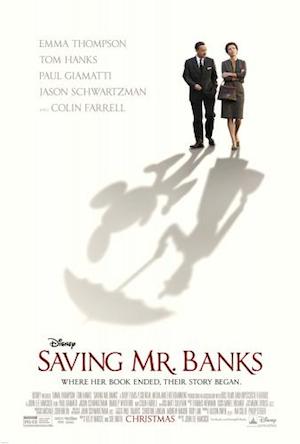 “Saving Mr. Banks” really tells two stories. The main story is of Walt Disney (Tom Hanks) trying to convince author P.L. Travers (Emma Thompson) to let him make a movie version of her Mary Poppins book. After 20 years of asking, she’s finally convinced to at least spend a couple of weeks at his studios going over his script with his songwriters Richard and Robert Sherman (Jason Schwartzman and B.J. Novak) and his writer Don DaGradi (Bradley Whitford). They all soon find out that Mrs. Travers (as she insists being called) doesn’t really want to be there, and because of this, is really, really hard to work with. We all know the Mary Poppins movie is a musical and features some animated segments, but. Mrs. Travers insists they not be. So how is she convinced otherwise?

The other story is told through flashbacks of a little girl growing up in Australia and her struggles with father, who is loving but can’t seem to hold a job, and her mother who has trouble dealing with all their struggles. This side story is meant to tell the audience why Mrs. Travers is so protective of her story and characters. The flashbacks are well done and are as interesting as the main story.

When casting was announced for the movie, many wondered how well Tom Hanks would be able to portray Walt Disney. Although he’s not a really close look-alike or sound-alike, he’s very believable in the role. Emma Thompson does a fabulous job being unlikeable in a funny way, and Paul Giamatti is great as Mrs. Travers’ limo driver. The driver is a character made up for the movie, but was well done and needed. All of the other actors in the movie were great as well.

A neat aspect of the movie for theme park fans was seeing Disneyland made to look like it did back in the ’60s. I’m sure purists could pick out some modern details, but it’s a fun scene.

Saving Mr. Banks was very well made and is a great movie for Disney fans, plus those who aren’t. I hope this is the start of more movies about Walt’s life.

The movie is rated PG-13 and is two hours long. It’s not offered in 3D. Stay through part of the credits to hear some of the actual recordings of Mrs. Travers going over the script with Disney’s guys.

Here’s the cast singing “Let’s Go Fly a Kite at the movie premier:

Here are some cast interviews at the premier:

Here’s a look at the official trailer:

Some Mary Poppins movie props were in display at the D23 Expo. They start at about 38 seconds into this video:

And here are some fun facts about Saving Mr. Banks:

• Walt Disney began his quest to get the rights to P.L. Travers’ book “Mary Poppins” in the early 1940s. Although it took nearly 20 years to obtain the rights, when “Mary Poppins” was finally made, it won five awards of its 13 Academy Award nominations: Best Actress (Julie Andrews), Best Effects, Best Film Editing, Original Score and Original Song. Among the nominations were Best Picture and Best Adapted Screenplay. The film also won a technical Oscar for Petro Vlahos, Wadsworth Pohl and Ub Iwerks for conception and perfection of techniques of color traveling matte composite cinematography.

• In order to achieve an authentic look for her portrayal of P. L. Travers, Emma Thompson chose to have her own hair permed in tight curls for the film and did not don a wig. Tom Hanks also grew his own mustache to match Walt Disney’s.

• Playing an extra in the film was Leigh Anne Tuohy, the heroine of the book and movie “The Blind Side,” coincidentally directed by John Lee Hancock. In “Saving Mr. Banks,” she plays a Disneyland visitor who asks Walt Disney for his autograph just after the arrival of “Mary Poppins” author P.L. Travers.

• “Saving Mr. Banks” filmed entirely in the Los Angeles area, with key locations that included Disneyland in Anaheim, TCL Chinese Theatre (formerly called Grauman’s Chinese Theatre) in Hollywood (where the 1964 premiere of “Mary Poppins” took place), the Walt Disney Studios in Burbank (which opened in 1940 and where the 1964 movie filmed in its entirety) and the 10,000 acre Big Sky Ranch in Simi Valley (which doubled for the film’s early 20th-century Australian landscape).

• “Saving Mr. Banks” was only the third feature film to ever shoot scenes at Disneyland. The last feature to film at the park was Tom Hanks’ directorial debut, “That Thing You Do,” with only one other film before that to shoot inside the 58-year-old theme park—Norman Jewison’s 1962 directorial debut, “40 Pounds of Trouble.”

• The Walt Disney Studios’ lot is home to one of Los Angeles’ largest sound stages (Stage 2), now christened the “Julie Andrews Stage” because the 31,200 square foot building housed much of the filming of “Mary Poppins” in 1963.

• In the film, P.L. Travers, played by Emma Thompson, opens her hotel suite door in Beverly Hills to find her room cluttered with Disney memorabilia (courtesy of set decorator Susan Benjamin, who stuffed the suite with everything from a six-foot stuffed Mickey Mouse to balloons). Disney’s current president of production, veteran filmmaker and executive Sean Bailey, was inspired to turn the tables on Emma Thompson. He decorated Thompson’s hotel room in Los Angeles with as much Disney memorabilia as he could fit into her room. About a week later, Bailey received a note of thanks from Thompson, in which she asked if they had a video camera planted somewhere in her suite to capture her reaction!

• Richard Sherman, who with his brother Robert, wrote the now-classic songs for ‘Mary Poppins,” was a consultant on “Saving Mr. Banks” and his insights into the era and his engaging anecdotes were highly regarded by cast and crew alike. He recalls that Walt Disney was very fond of the song “Feed the Birds,” which apparently touched him with its message that it doesn’t take much to give love. Disney would call the Sherman Brothers up and ask them to come play the song, so they would go to Disney’s office and play it for him. It became a regular almost-every-Friday ritual.

• The Walt Disney Archives provided the actors and production team with more than six hours of audio recordings from story meetings between P.L. Travers and the original “Mary Poppins” creative team. In the recordings, taped at the insistence of Travers between April 5 and 10, 1961, we hear the author share her strong opinions and suggestions with the Disney staff: songwriters Richard M. and Robert B. Sherman, writer Don DaGradi, and story department head Bill Dover (who also served as Travers’ host during her visit).

• In order to match Richard Sherman’s unique style of playing piano, Jason Schwartzman was provided with close-up footage of Richard’s hands playing the keys of Walt Disney’s office piano—the same instrument on which the Sherman Brothers played “Feed the Birds” for Disney a half-century earlier. Schwartzman also spent countless hours at Richard Sherman’s house learning the proper techniques and enjoying the company of the venerable composer.

• In order to visually recreate the Disney Studio lot, Disneyland Park, and the “Mary Poppins” premiere at Grauman’s Chinese Theatre as they appeared in the early 1960s, the “Saving Mr. Banks” production team examined more than 500 photographs from the Disney Photo Library collection (part of the Walt Disney Archives), including images of Studio building hallways and offices, Disneyland storefront windows and aerial photography.

• The Walt Disney Archives was on hand seven days a week to answer questions from filmmakers and actors. Questions included, “What soft drink companies had placement deals at Disneyland in 1961?”; “What was the orientation of dining and shopping locations along Main Street, U.S.A. at Disneyland?”; and “On what date did Walt Disney appear in the television show, ‘An Adventure in the Magic Kingdom’?”

• Some of the Disney Academy Awards were loaned from the display Disney’s Hollywood Studios to adorn the set of Walt Disney’s office in “Saving Mr. Banks.” 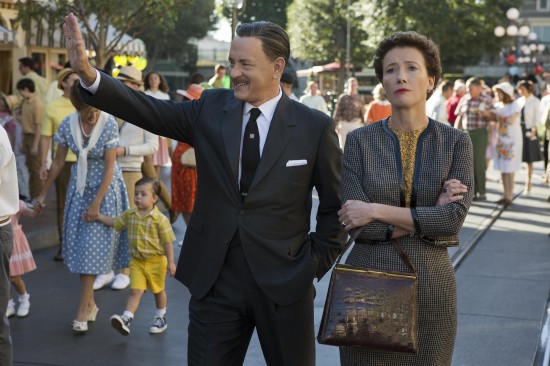