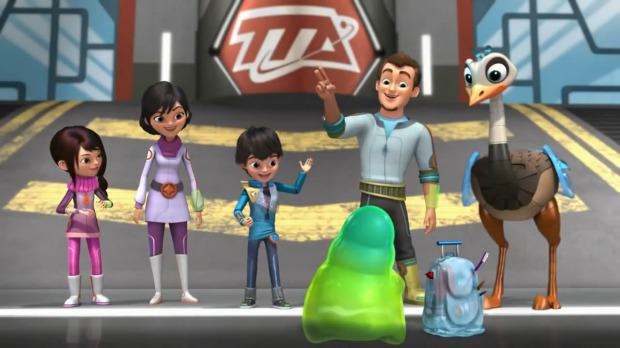 Not only does Disney have a movie set to release this year based on Tomorrowland at the Magic Kingdom, but a new children’s show is also debuting. END_OF_DOCUMENT_TOKEN_TO_BE_REPLACED 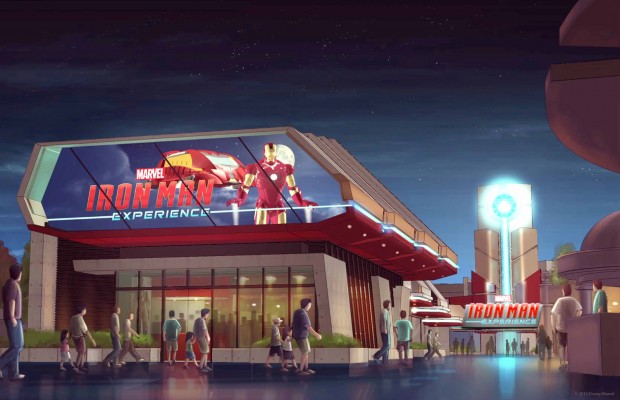 Hong Kong Disneyland continues to grow with the announcement of its newest attraction coming in 2016, Marvel’s Iron Man Experience. This marks the first time since Disney acquired Marvel four years ago that an attraction based off a Marvel character has been announced. END_OF_DOCUMENT_TOKEN_TO_BE_REPLACED

Disney has announced that its live-action release previously known as 1952 will be titled “Tomorrowland”. The film is set to be released on Dec. 19, 2014 and George Clooney (The Descendants) is set to star. END_OF_DOCUMENT_TOKEN_TO_BE_REPLACED 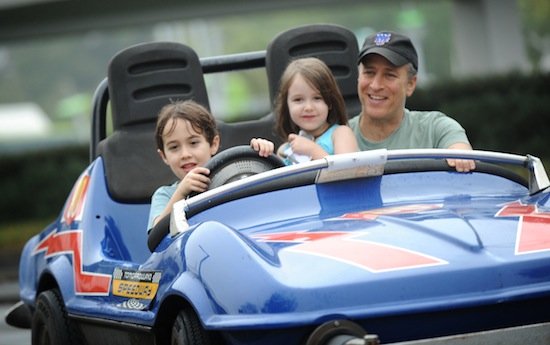 Television host and comedian Jon Stewart took a ride on the Tomorrowland Indy Speedway at the Magic Kingdom today with his children Nate (age 6) and Maggie (age 5). Stewart and his family were celebrating Maggie’s 5th birthday.

Then days later, Jon stopped by Zonko’s joke shop in The Wizarding World of Harry Potter at Universal’s Islands of Adventure. 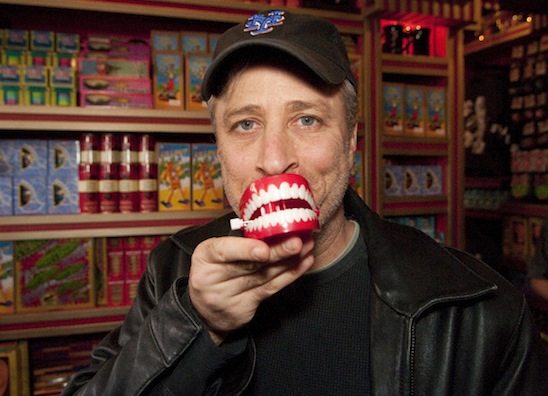 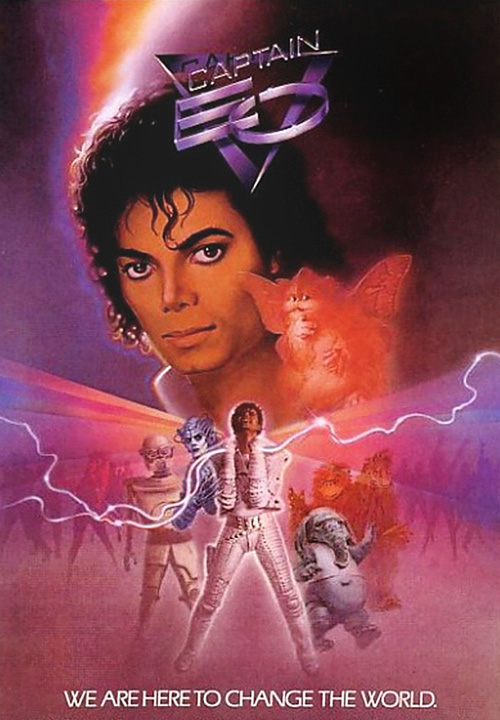