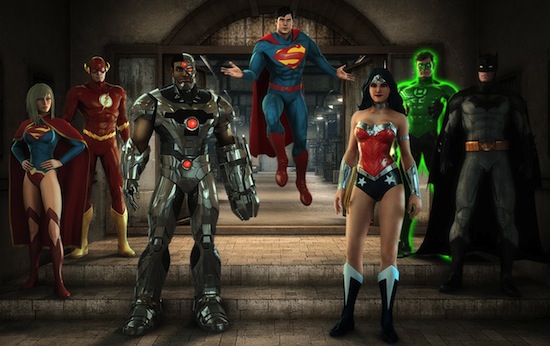 Jacksonville, Florida’s Sally Corporation may not pop into your mind when you think about theme park rides. Chances are, however, you have been on a Sally Corp dark ride. E.T. Adventure at Universal Studios here in Orlando? – Sally. Maybe Legoland is more your style. Perhaps you have been on Legoland’s Lost Kingdom Adventure in Florida or California – Sally. Boo Blasters on Boo Hill at several Cedar Fair parks? Gobbler Getaway at Holiday World? Reese’s Xtreme Cup Challenge at Hershey? All Sally. The resume goes on and on in the US and abroad. END_OF_DOCUMENT_TOKEN_TO_BE_REPLACED 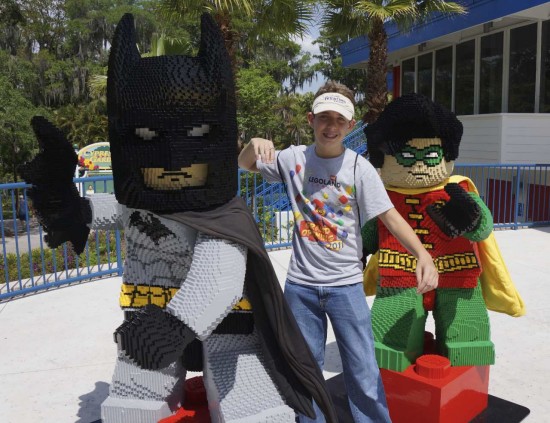 Legoland Florida is offering a chance to play like your favorite superhero during Lego Club Weekend Jun. 16 and 17, 2012. Celebrate with dad this Father’s Day during this special weekend and let him show off the superhero you already know he is. END_OF_DOCUMENT_TOKEN_TO_BE_REPLACED 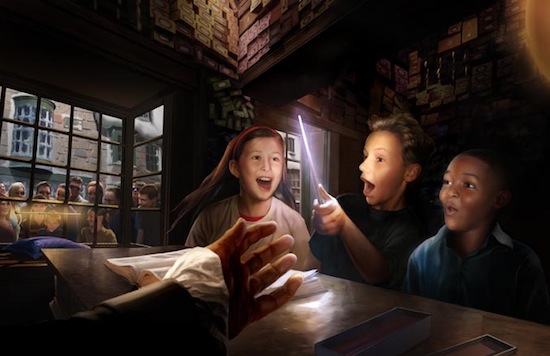 Visitors to the Ollivanders wand shop at The Wizarding World of Harry Potter will step into one of the iconic scenes from the Harry Potter books and movies. With the assistance of a live actor, along with some special effects, guests of Ollivanders will get to experience the same type of magical moment Harry had in Harry Potter and the Sorcerer’s Stone when a wand ”chooses them.”

Universal has worked closely with Warner Bros. Consumer Products and the Warner Bros. Harry Potter brand team to make this moment as authentic, magical and immersive as possible for guests.

“When guests visit Ollivanders, they will instantly feel like they’re in the shop from the films. It’s an intimate, single-windowed building, with the same signs, colors and other details read about in the books and seen in the films,” said Alan Gilmore, art director of the Harry Potter films and The Wizarding World of Harry Potter. “But more importantly, visitors to Ollivanders will experience for themselves the magical moment that forever changed Harry’s life.”

Inside Ollivanders, visitors will be surrounded by thousands of multi-colored dusty wand boxes stacked on shelves from floor to ceiling. They will be welcomed by an inquisitive Wandkeeper, who will guide them through an enchanting experience to find their very own wand. First the Wandkeeper will ask the guest a few special questions and then select the first wand for them to try. Just like Harry, the guest will be prompted by the Wandkeeper to give the wand a wave, and a series of magical mishaps will occur until the right fit is found.

In addition to the magic featured in Ollivanders, guests will experience many other magical happenings at The Wizarding World of Harry Potter, including a Howler featured in the Owl Post shop front window whose ranting can be heard by guests as they pass by; The Monster Book of Monsters in Dervish and Banges that will snarl and growl at anyone who tries to get too close, and the Hog’s Head which can be seen puffing his jowls at visitors who visit the Hog’s Head pub.

The Wizarding World of Harry Potter at Universal’s Islands of Adventure will feature multiple themed attractions, shops and an eating establishment when it opens this spring.

• For more on the Wizarding World, be sure to the feature story in the Winter 2010 issue of Orlando Attractions Magazine.