1,000 immigrants to be sworn in at the Magic Kingdom July 3 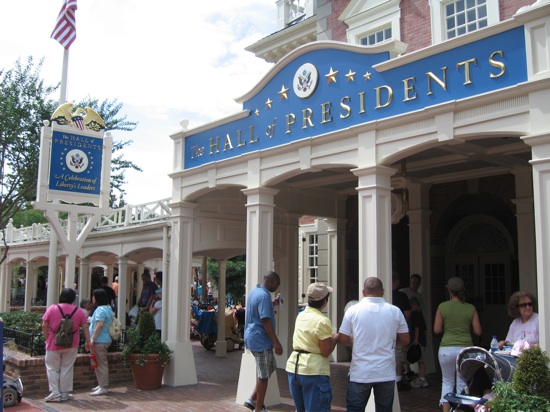 More than 1,000 immigrants will gather on Main Street, U.S.A. at the Magic Kingdom tomorrow, July 3, to be “sworn in” as American citizens.

And as the country kicks off Independence Day weekend, these brand-new Americans will attend a premiere performance of the newest Walt Disney World attraction, a “re-Imagineered” Hall of Presidents, now featuring a lifelike Audio-Animatronics figure of President Barack Obama.

From more than 100 countries and ranging in age from 18 to 82, the immigrants will take the Oath of Allegiance to the United States during a Friday morning ceremony jointly hosted by Disney Parks and Resorts and United States Citizenship and Immigration Services (USCIS).

USCIS’s highest-ranking official will preside over the ceremony on the forecourt of Cinderella Castle. The event will feature a welcoming address by Walt Disney World Resort President Meg Crofton, the presentation of the colors, the national anthem, the Oath of Allegiance and the Pledge of Allegiance.

Actor Andy Garcia – a naturalized citizen himself – will deliver a keynote address during the ceremony. Garcia, originally from Cuba, is an acclaimed actor known for roles in films as diverse as The Untouchables, The Godfather: Part III and Ocean’s Eleven.

To cap a star-spangled morning, the new citizens and their family members will get to preview the Hall of Presidents attraction – which reopens July 4 in the Liberty Square area of Magic Kingdom. The attraction has been closed since Election Day last November for a makeover.

The figure of the country’s 44th chief executive – which comes to life with recognizable mannerisms and makes comments that were recorded recently at the White House – is part of an eight-month makeover so significant that the iconic attraction has been retitled The Hall of Presidents: A Celebration of Liberty’s Leaders.

Fun Spot America is having a birthday sale...