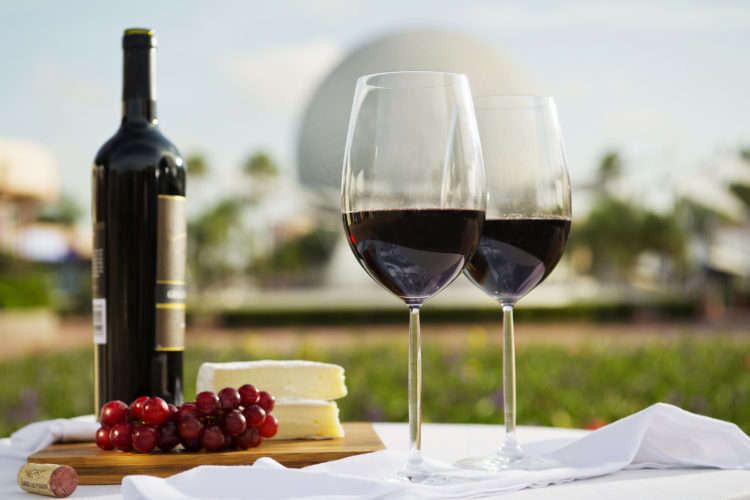 Dates and details are available for the 2016 Epcot Food & Wine Festival.

Al fresco foodies and international imbibers everywhere will be drooling to learn that event dates and details are now available for the 2016 Epcot International Food & Wine Festival, which will run from Sept. 14 to Nov. 14, 2016. The 2016 festival, presented by Chase at Walt Disney World Resort, will expand by nine extra days over last year, growing from 53 to 62 days, and also debut a new interactive culinary experience and new marketplace tastes from around the world.

Preview of 2016 Epcot Food and Wine Festival at Disney World

This year, “Mix It, Make It, Celebrate It!” hands-on workshops at the Festival Center offer guests a chance to learn a variety of culinary skills from chefs, bakers, mixologists and other pros. Nightly Eat to the Beat concerts featur new musical acts covering a broad range of musical styles and eras including rock, pop and rhythm and blues. A new brunch, cooking school and other fresh festival experiences are planned around the park, including:

•For a second year, global marketplaces will extend into Future World. Culinary icons like Cat Cora, Norman Van Aken, Masaharu Morimoto, Elizabeth Falkner, Buddy Valastro and Jamie Deen will entertain at new and returning premium events that include reimagined Party for the Senses grand tastings with new concepts and themes.

•New marketplace menus items will include hard soda floats at Desserts & Champagne marketplace, where guests can choose a favorite hard soda to mix with vanilla ice cream for a sweet treat. A savory vegan dish will debut at the Greece marketplace, and the popular Farm Fresh marketplace will showcase Florida’s bounty with new savory dishes.

•Multiple new Eat to the Beat concert acts debut and fan favorites return to play 186 festival concerts in all. Wang Chung (Everybody Have Fun Tonight!) will open the Eat to the Beat concert series Sept. 14-15. More new acts in the concert series lineup, including Delta Rae and Toad The Wet Sprocket, will play their chart-topping tunes. Other popular acts, including Wilson Phillips, Boyz II Men and Jeffrey Osbourne, will return to the America Gardens Theatre stage this fall.

•Celebrities ranging from Rock Harper to master sommelier Andrea Robinson will share their food and beverage know-how during demos and premium events. At the new “Mix It, Make It, Celebrate It!” workshops, guests will put expert advice to use whether mixing cocktails, decorating cakes or using herbs to kick up a dish’s flavor.

•The popular Festival Private Label California Chardonnay and Cabernet Sauvignon are back and available by the bottle or by the glass.

•Festival Center highlights will include the complimentary Back to Basics weekend series featuring epicurean tips and tricks from the pros, book and bottle signings and The Chocolate Experience: From Bean to the Bar, hosted by Ghirardelli and offering guest samples.

•Chase debit and credit card members, including Disney Visa card members, will find complimentary non-alcoholic refreshments, a charging station and comfortable seating for a relaxing break at the Chase Lounge at American Adventure.

•Rockin’ Burger Block Party and Party for the Senses grand tasting events will showcase bites and sips from eminent chefs and beverage experts plus new live entertainment. New resort premium events (available at extra cost) will include a Grand Floridian brunch with a twist and a new cooking school experience.

Back to Basics series, special book signings, Eat to the Beat concerts, cultural adventures, Marketplace Passport and all attractions and park entertainment are included with regular Epcot admission. The Party for the Senses grand tasting events, signature dinners and other special wine and culinary programs require reservations and separate event admission.
When a reservation booking date is announced this summer, guests can call 407/WDW-FEST (939-3378) and get details at epcotfoodfestival.com.

While you wait to feast on the 2016 Fest, satiate yourself with some Attractions the Show coverage of the 2015 Epcot International Food & Wine Festival: