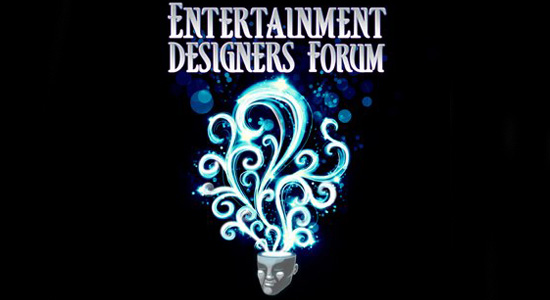 The Entertainment Designer Forum is coming back to the Orange County Regional History Center for the fourth year in a row on March 8, 2013. It will feature some of the top creative minds behind Central Florida’s theme parks giving panels, talking to fans and auctioning off rare theme park memorabilia for charity.

If you’re interested in how some of your favorite attractions, events and shows are created, you won’t want to miss it. Two sessions will be held with a silent auction between sessions. The auctions will feature some rare theme park memorabilia including props for Halloween Horror Nights and media exclusive gifts. Each session will feature different panel members who will discuss their styles and philosophy of designing theme parks, and tell inside stories about the making of special events and attractions.

All proceeds from the event will go to the American Cancer Society Relay for Life in honor of Stephanie Girand. She worked as an art director and set designer on many feature films, and was also a designer for Universal’s Halloween Horror Nights, Grinchmas and Universal Dubai. Stephanie lost her battle with colon cancer in late 2010 at the age of 49. The Forum group has raised over $23,000 to date to support this great cause.

The moderator for both shows will be Kim Gromoll, show director and set designer for Universal Entertainment Productions. Here are the panel members:

These panelists have contributed to some of the top theme park projects including the Wizarding World of Harry Potter, Halloween Horror Nights, Antartica: Empire of the Penguin and Star Wars Weekends.

Tickets for the event are $25 per person, per session or at a discounted price of $40 per person to attend both sessions. All proceeds from ticket sales and auction items go to the American Cancer Society Relay for Life. To purchase tickets, call 407-836-7010. You can also find some of the items up for auction, updates and more on the Forum’s Facebook Page.

PARKsaver: Save at Ripley’s, Mardi Gras and the remodeled Quality Inn International