Back to the Future Event at Celebration 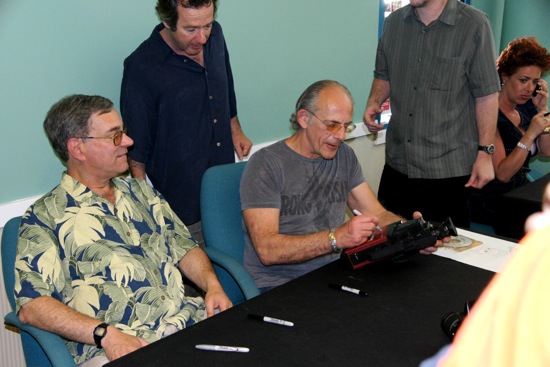 Fans of the classic film, Back to the Future gathered in Celebration, FL on Saturday, April 19 for a special screening of the movie hosted by BTTF.com and featuring a Q&A panel discussion with some of the film’s cast & crew. In attendance were writer/producer Bob Gale, and actors Christopher Lloyd, Jeffrey Weissman and Claudia Wells.

Before the movie, guests were treated to a 45-minute discussion about Back to the Future. The film itself was a treat in that it was a presentation of the newly-restored digital master that will be used to create the upcoming Blu-Ray release.

Bob Gale also mentioned that they are seriously considering adding the Back to the Future: The Ride film to the Blu-Ray release of the movie, which does not yet have a release date.Proceeds from the event were donated to the Make-a-Wish Foundation.

We have a complete photo gallery from the event, as well as the Celebration Exotic Car Show and Pie Festival that were going on throughout Celebration on the same day. 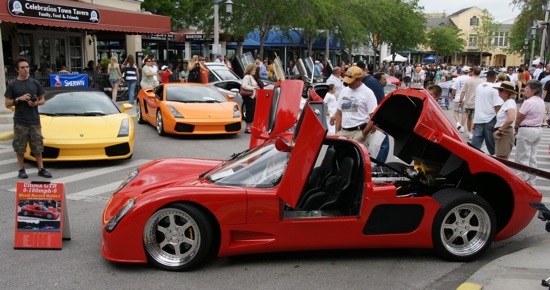 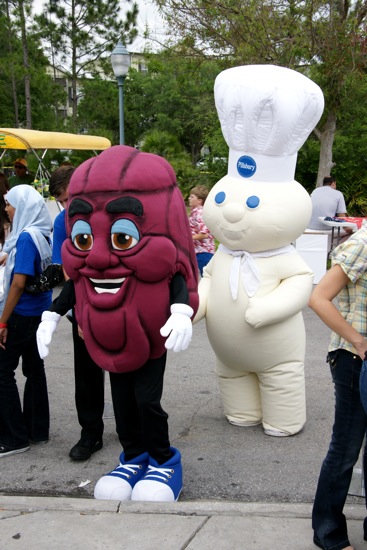 Video from the BTTF panel discussion will be coming soon.

Doc Brown to be in The Simpsons Ride

Grapefruit Garage to open April 16 at...