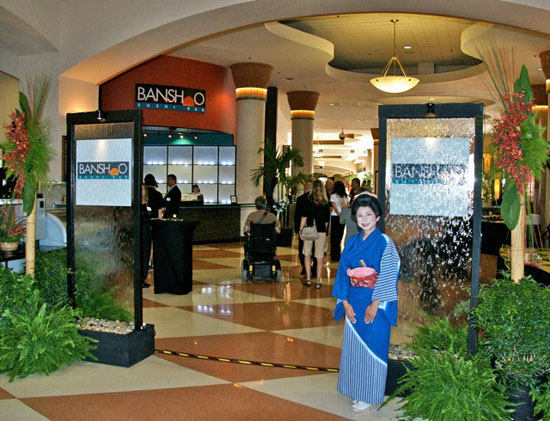 Last week, we attended the grand opening of the new Banshoo Sushi bar at the Rosen Centre hotel on International Drive and were treated to a sampling of the sushi and sashimi that are now regularly available there.

The Rosen Centre hotel is located across from the Orange County Convention Center on the southern end of International Drive. The new Banshoo Sushi bar blends in nicely with the upscale but relaxed atmosphere of the hotel. Its walk-up, open-air design allows guests to grab their sushi on the go, taking it to the nearby lounge, poolside, or even back to their rooms. Or, for those who have already called it a night, sushi is also available via room service. 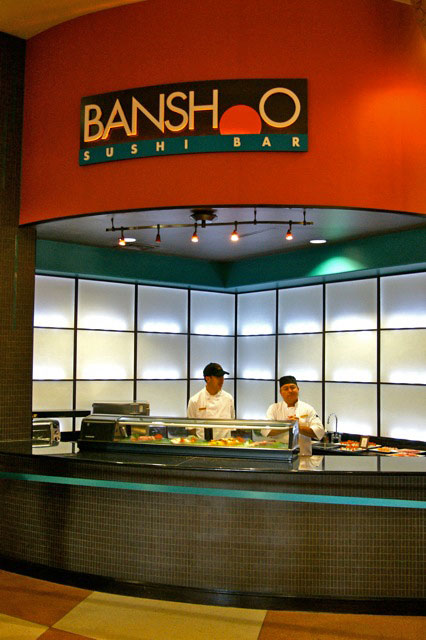 I had a chance to sample several pieces from Banshoo’s menu at the opening. Now, I don’t eat sushi regularly and when I do, it’s usually something simple like a California roll. So, you may ask, why am I writing a report from the opening of a new sushi bar? Well, I suspect many Orlando visitors are in the same position I am, either having tried very little sushi or have simply never wanted to try it at all. 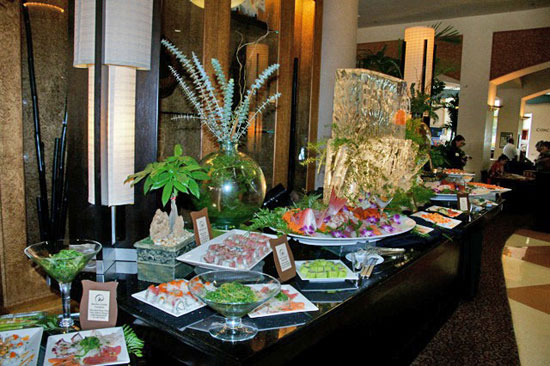 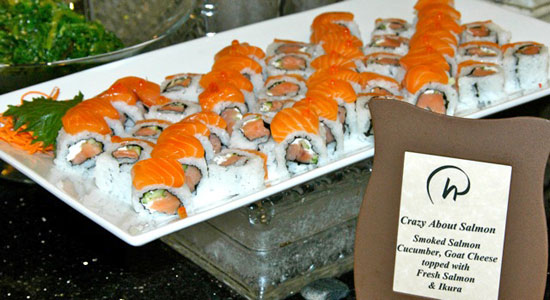 The offerings of the Banshoo Sushi bar include six sashimi and seafood presentations, nine Nigiri sushi and sashimi selections, 12 sushi rolls and daily chef specials. As a sushi novice, I found everything I tried at the opening to be nothing but fresh and full of flavor. The signature HaRo Surf & Turf (lobster, lump crab, sea scallops, sirloin beef, sweet eel sauce, micro greens, and black & white sesame seeds) blends land and sea successfully, with both tastes offering something unique and distinct.

Banshoo’s menu also includes a Garden Roll that acts as a fantastic seafood-free entry point for those not ready for more complicated sushi tastes. In the end, Banshoo left me wanting to branch out and try more sushi flavors than I have in the past. While I’m not a big seafood lover to begin with, I still found some of the more unique flavors to be appealing.

Unfortunately, sushi is always rather expensive and the prices at Banshoo are no exception. It’s a refreshing taste that but don’t expect to walk away from the bar without spending at least $20-40. If you decide to try some of their unique drinks, that bill may easily find its way into the $40-60 range.

On hand at the opening were 20-year sushi expert, Chef Tadayoshi “Yoshi” Kohazame, previously employed at Kimono’s in the Walt Disney World Dolphin Resort, and Harris Rosen, president/COO of Rosen Hotels & Resorts, both of whom are pictured below preparing sushi: 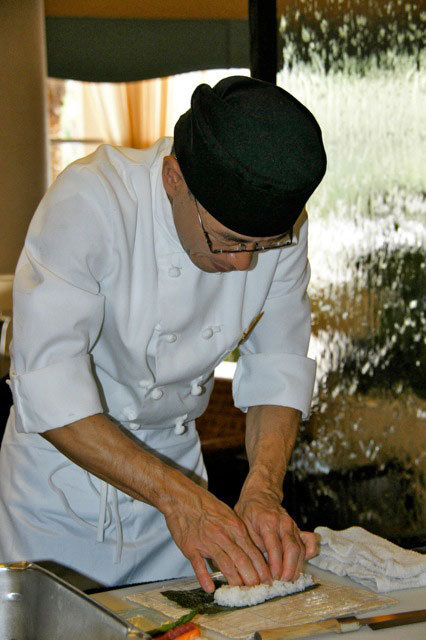 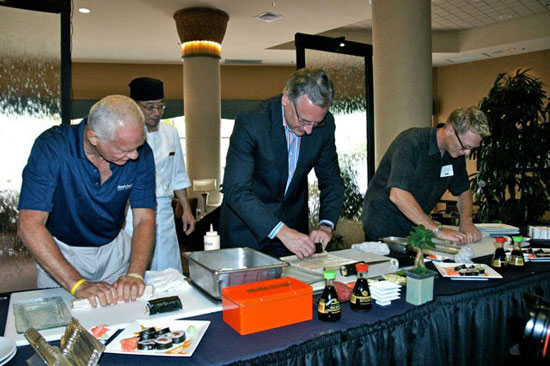 For more information about the new Banshoo Sushi bar at the Rosen Centre hotel, visit their web site.

Icon Park teams up with iHeartRadio to add...

Embassy Suites in Kissimmee to offer a different...

Celebrate ‘Back to Hogwarts’ at Universal Orlando’s...