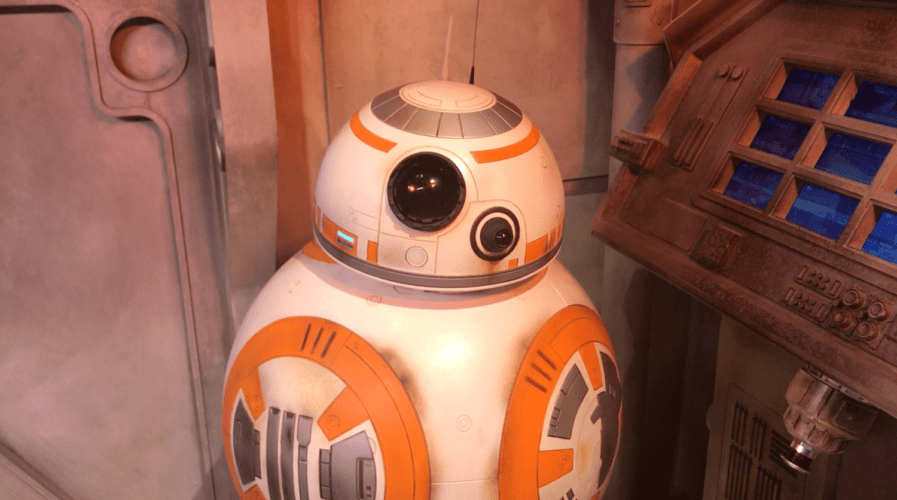 Inside of Star Wars Launch Bay, at the old Disney Infinity video game area, you enter the Resistance Base where you are lead up to a set of blast doors. Upon your group being ready, the blast doors slide open and reveal a private room set up with 2 Cast Members and BB-8 himself.

You can talk to BB-8 about the upcoming Star Wars: The Last Jedi film, let him know you support the Resistance, or show off your amazing light side fashion and gear before getting a photo with him.

As with all soft openings, it is not guaranteed that BB-8 will be available when you visit the park. His meet and greet officially opens April 14, 2017 during the Star Wars Galactic Nights special event.

I couldn’t remember the name of the droid “bb8” and found you after looking it up. This is right in my own backyard and I just saw this. It was amazing.