American Pie Council names ‘Best Pies in America,’ and here are the recipes 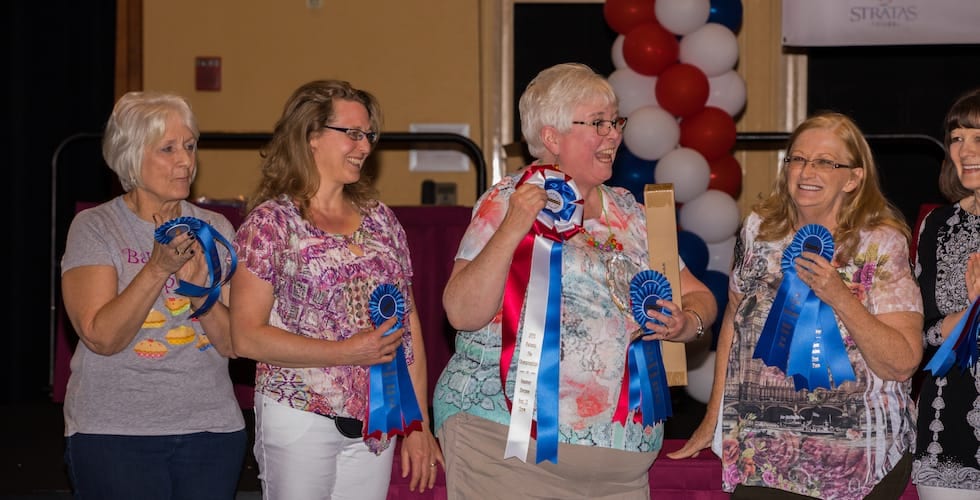 Jennifer Nystrom won “Best of Show” in the amateur division for her chocolate pie.

The best amateur and professional pie-makers came to Orlando last month for the 24th Annual American Pie Council National Pie Championships, where the “Best Pies in America” were chosen.

Over 700 pies were entered by 71 pie-makers into three separate divisions. In the commercial division, Bakers Square won the most first place ribbons with 25, while the unique and inventive pies from Chef Kathy Hanson from the Ritz Carlton Orlando and amateur Jennifer Nystrom from Clarksville, Ohio also won.

Hanson won the professional “Best of Show” out of 107 pies, with her creation titled “I Love a Great Love Pie,” which won the Royal Wedding category. The pie featured bananas foster with vanilla bean and Marcona almond honey cookie crust, and “Markle Sparkles” sprinkled on top.

“Bananas foster was a favorite dessert of my parents who had their own great love story,” said Hanson. “I Love a Great Love Pie is a testament to their love for one another and the celebration of the beginning of another great love story.”

The amateur winner for this year, Nystrom, entered seven pies, and earned four ribbons and “Best of Show” in the amateur division out of 185 pies with her “Chocolate Caramel Turtle Sundae Pie.” The pie was created using professional chocolates from the Guittard Chocolate Company.

“I’ve been baking forever for my children,” said Nystrom. “In recent years, I’ve been able to have a great time with my now six-year-old granddaughter who loves to bake with me. Pie is a way to give someone something they might need – whether they’re going through a rough time or simply need to be cheered up.”

“We had an incredible array of competitors this year,” said Linda Hoskins, executive director of the American Pie Council. “It’s evident that our ‘Best of Show’ winners put much passion into their pie craft, have learned from their past experiences at the championships, and coupled these learnings with their passion to be the nation’s best.”

Check out the recipes for these two “Best Pies in America” below: 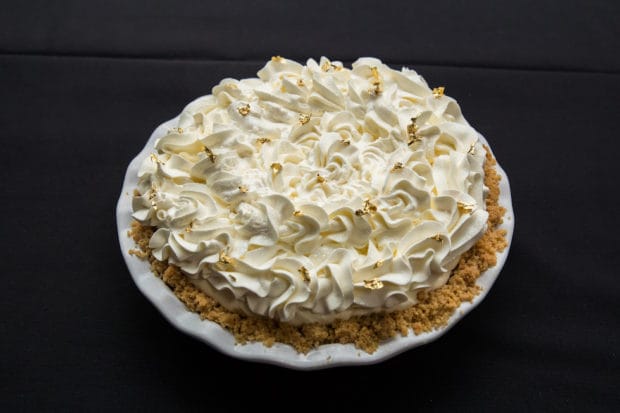 I Love a Great Love Pie

Mix all of the ingredients in a bowl until blended; pour into a 9” pie dish sprayed with Crisco cooking spray. Press into the bottom and sides; bake in a 350 degree oven for 8-12 minutes or until lightly browned. Let cool.

In a cold sauce pan combine the sugar, cornstarch, and salt. Gradually stir in the half & half and the heavy cream stir until smooth. Scrape the vanilla bean into the mixture and cook over boiling water, stirring constantly, until it begins to thicken. Cover, and cook 15 minutes stirring several times.

In a small bowl, beat egg yolks slightly. Stir ½ cup of the hot liquid into the egg yolks, mixing well. Pour back into the top of the double boiler; cook mixture 2 minutes longer, and continue to stir. Remove from the heat. Add the almond extract.

Pour the filling into a chinois resting over a medium sized bowl and strain the filling to remove any possible lumps. Cool to room temperature, slice the bananas and place in the bottom of the pie crust, pour all but 1 cup of the cream filling over the bananas.

In mixing bowl whip cream cheese and add the powder sugar, and reserved cream filling. Fold in by hand the whipped vanilla topping. Cover the filling with a piece of plastic wrap to prevent a skim from forming. Refrigerate until completely cool.

Whip the heavy cream and confectioners’ sugar. Lightly toast the remaining and sprinkle over the whipped cream and garnish with toasted almonds.

Whip until firm and creamy. Add the powder sugar and the vanilla. Continue to whip until peaks form. Pipe over the top of the pie. 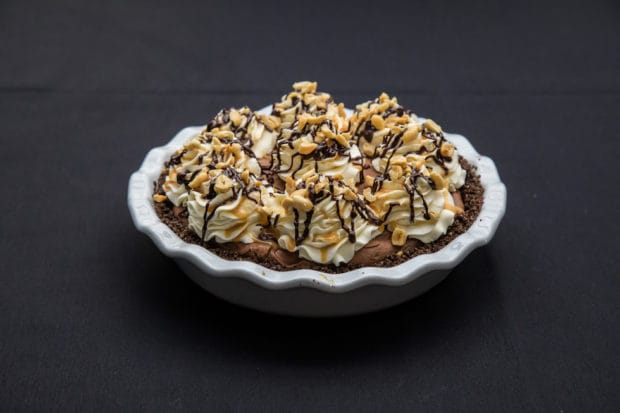 For the crust, preheat the oven to 375 degrees.

In a 9 inch, deep dish pie plate, mix well the melted butter, chocolate graham cracker crumbs and the sugar. Press evenly on the bottom and up the sides of the pie plate. Bake in a preheated, 375 degree oven for 7 minutes. Remove from the oven to cool.

While the crust is cooling, make your ganache by placing the chocolate wafers in a medium glass bowl. Put the whipping cream in a heat proof measuring cup and microwave it on high at 30 second intervals until boiling. Pour the boiling cream over the chocolate wafers and let sit for 3-5 minutes to melt. Once it has sat, stir well until all the wafers have melted and the cream is fully incorporated. Mixture should have a smooth shine to it.

After the crust has cooled for at least 15 minutes, cover the bottom of the pie crust with about ½ – ¾ cup of the ganache. Set aside the rest as you will be using it in the filling.

Cool the ganache covered crust in the refrigerator for about 10 minutes. While the crust is cooling, make the caramel by unwrapping and placing the caramels in a heat-proof 4 cup measuring cup. Pour the ¼ cup cream over the caramels and heat in the microwave on high at 30 second intervals until caramels are soft, about a total of 1 minute 30 seconds. Stir the caramel-cream mixture well with a whisk until very smooth. Add the chopped peanuts, mixing well with a spatula.

Spread the Caramel-Peanut mixture over the now cooled ganache topped pie shell. Set aside to cool while making the filling.

To make the filling, in the bowl of a stand mixer, beat together the softened cream cheese, vanilla and sugar until fluffy. Add the cream and whip until light and fluffy. Add the remainder of the ganache until fully incorporated and starting to get lighter in color, about 3 minutes. Spread the chocolate mixture over the caramel mixture in the pie plate. Cover and refrigerate at least 2 hours.

After pie has fully chilled, make your topping by whipping together the heavy whipping cream, sugar and vanilla until semi-firm peaks form.

Make chocolate drizzle by microwaving the 2 ounces of chocolate wafer chips and cream in a heat proof small bowl for about 30 seconds. Stir well to make a smooth sauce. Heat an additional 15 – 30 seconds if necessary.

Make caramel drizzle by microwaving for about 30 – 45 seconds the 5 caramels with the 1 tablespoon of cream in a small heat-proof bowl. Whisk well, to make a smooth sauce.

Video of Howl-O-Scream 10 haunted houses and...