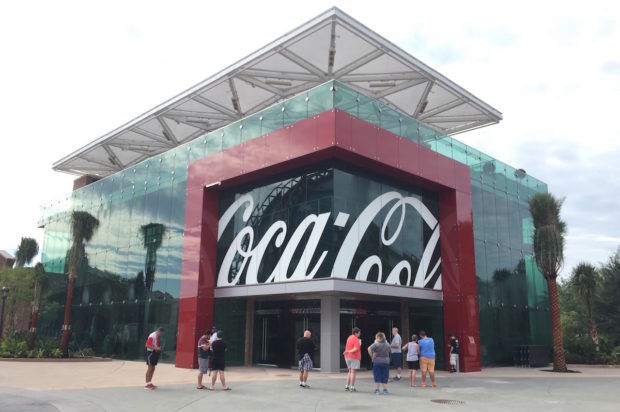 Coca‑Cola Store Orlando is modeled after a 1920s Coca‑Cola bottling plant. Celebrating the history of Coca-Cola, the brick exterior gives a nod to the brand’s heritage while the glass-accented entry pays tribute to the Coca‑Cola green glass bottle. 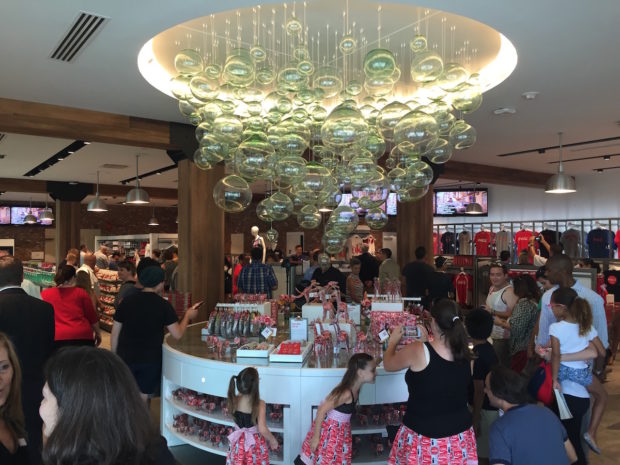 Inside, guests are welcomed by a 30-foot-wide blown-glass chandelier crafted from repurposed Coca‑Cola bottles. The store, one of only three retail locations operated by The Coca‑Cola Company in the United States, features a broad assortment of Coca-Cola branded merchandise. A line of sustainable fashion apparel and other handmade items crafted from recycled materials showcase the 5by20 collection – an array of items created by women artisans from around the world.

Guests can visit the rooftop beverage bar and taste an ice-cold Coca‑Cola while taking in the sights of Disney Springs. For the ultimate Coke experience, guests can choose from a variety of Coca‑Cola brands from around the world such as Beverly from Italy and Thums Up from India, frozen beverages and over 100 drink choices via Coca‑Cola Freestyle. A selection of specialty adult beverages is available in the evenings. 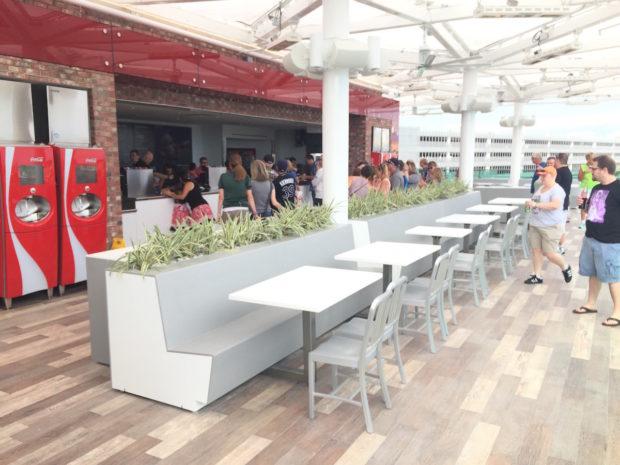 “Coca‑Cola shares much in common with Disney, including our ability to inspire unique moments of optimism and happiness for our fans,” said Russell Jacobs, General Manager of Retail and Attractions at The Coca‑Cola Company.

Stefanie Miller, Senior Vice President of Strategic Partnership Marketing added, “We’ve been a proud partner of The Walt Disney Company since 1942, and both brands hold a special place in people’s hearts and minds. Now we’re raising a glass to Coca‑Cola Store Orlando, where Disney and Coca‑Cola fans alike can truly ‘Taste the Feeling.’”

Beginning in August, guests can share a moment with the famous Coca‑Cola Polar Bear. Bear hugs, high fives and photos will all be welcome.

Coca‑Cola Store Orlando is part of the Town Center area of Disney Springs, between the Orange Garage and Planet Hollywood (opening later this year). Take a tour of the Coca-Cola Store in the video below:

*female artisans. Will the store be selling any of the beverages found in other countries, or just offering them at the beversge bar?

So, the place is one big Coca Cola commercial?

As Dreamers Do – Best Disney Hotel...

Have a wild time with Magic Shots...