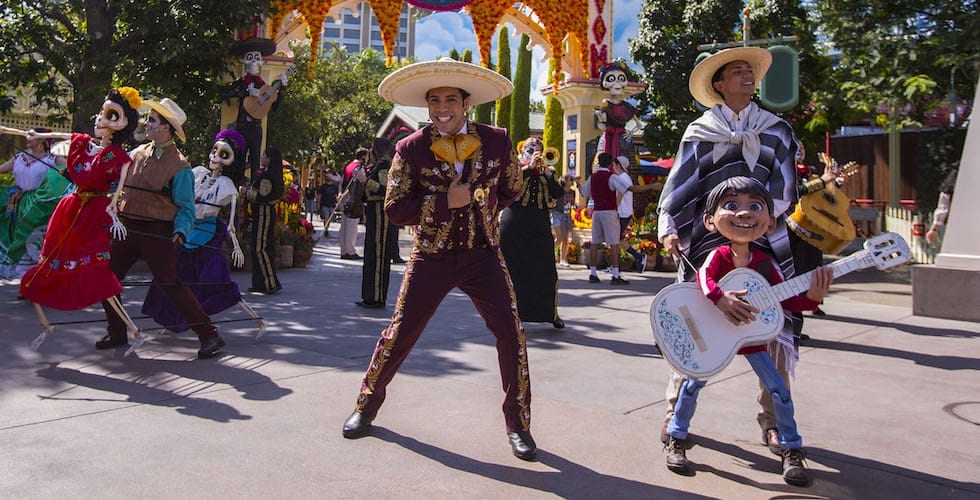 Plaza de la Familia, a limited-time experience at the Paradise Gardens area of the park, celebrates the bonds of family and the Disney/Pixar film, “Coco.” Guests visiting this area can enjoy an immersive celebration with live entertainment, folkórico dancers and mariachi musicians, as well as Mexican fare and interactive experiences.

Guests can watch “A Musical Celebration of Coco,” a festive show performed by the Storytellers of Plaza de la Familia. Lead storyteller Mateo retells the story of Miguel’s journey into the Land of the Dead, immersing guests in the story of “Coco.” 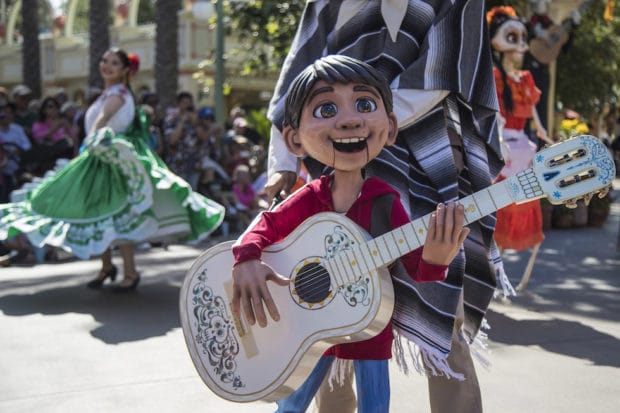 New for this year, Miguel will appear as a hand-animated puppet, joining the troupe of singers and dancers, as well as the Grammy Award-winning Mariachi Divas. “A Musical Celebration of Coco” is performed several times daily.

For even more “Coco,” guests can explore “The World of Coco,” an exhibit that features framed imagery that shows the imagination that went into creating the Land of the Living and the Land of the Dead. 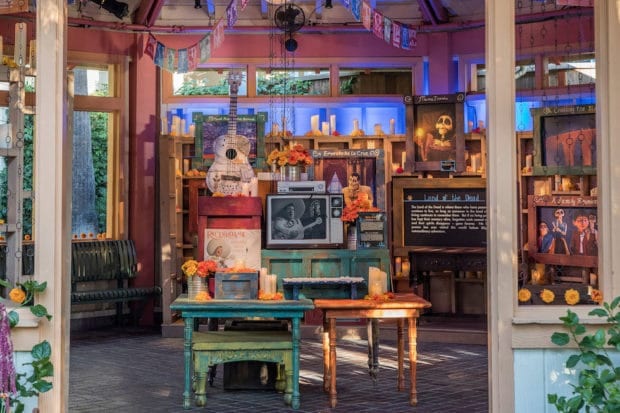 Guests can also see an ofrenda inspired by the remembrance altar seen in “Coco.” In the film, Miguel builds an ofrenda to honor his idol, the late musician Ernesto de la Cruz. Ofrendas are traditionally created by family and friends to honor their relatives or loved ones who have passed.

Guests can take commemorative photos in front of the Mexican “Árbol de la Vida,” or Tree of Life. The Tree of Life at Plaza de la Familia celebrates the everlasting bonds of friends and family, and guests can add their own remembrance note to the Memory Wall to honor those who have been part of their lives.

In addition, guests visiting Plaza de la Familia can design their own paper “alebrije,” or spirit guide, mask as part of a new crafting activity. 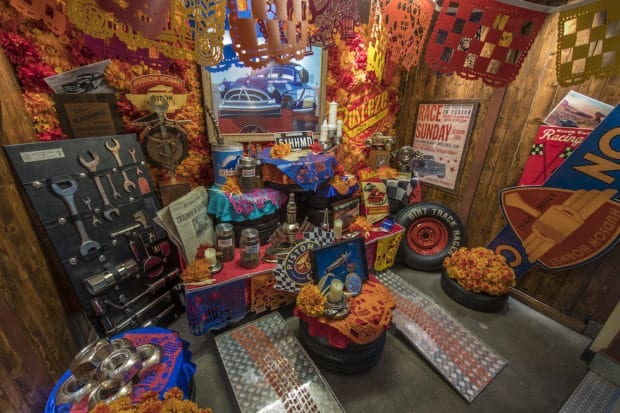 Disneyland Park continues to host its traditional Día de los Muertos display at Zócalo Park in Frontierland. This display features marigolds and papel picado, as well as a traditional ofrenda, sugar skulls known as “cavaleras” and a figure of La Catrina. The nearby Rancho del Zócalo Restaurante is also offering Mexican cuisine for lunch and dinner.

To learn more about other seasonal offerings at the Disneyland Resort, visit Disneyland.com.

Expansion Drive podcast – Spider-Man on PS4, Getting Hype For HHN and The Nun Review