Concept art for The Sum of All Thrills, coming soon to Epcot's Innoventions

A few months ago, we told you about The Sum of All Thrills, the exhibit that is coming soon to Innoventions at Epcot. The exhibit, sponsored by Raytheon, will feature Innoventions’ first ride in the form of a robotic arm simulator.

Now, we have received some concept art depicting what The Sum of All Thrills will look like (click the image to enlarge): 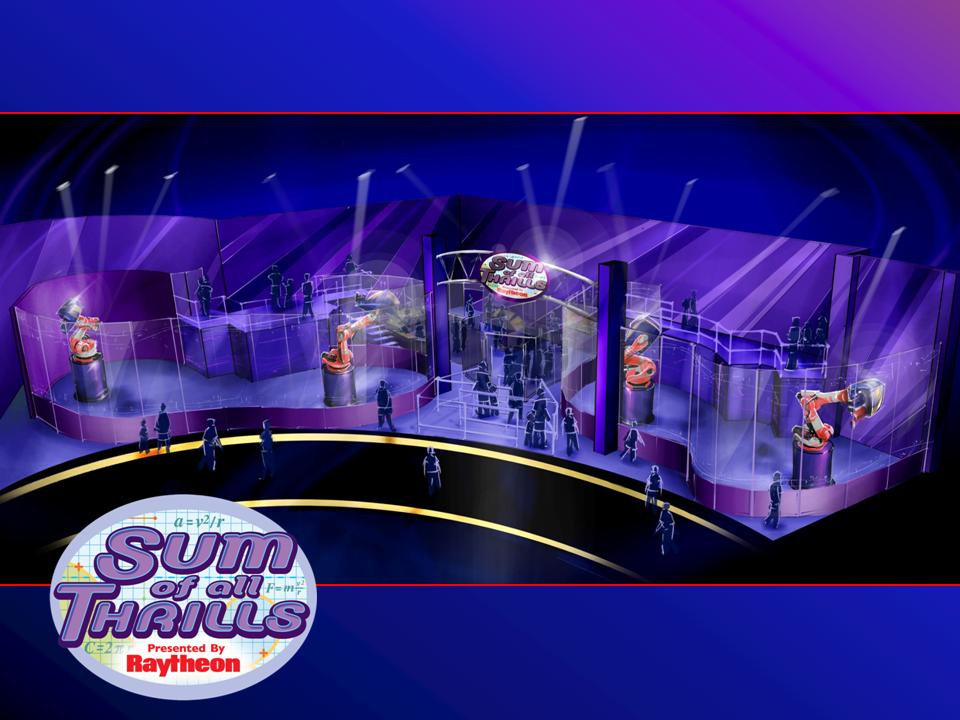 We had previously been told that the exhibit would feature four simulators, which this artwork confirms. Guests entering the Sum of All Thrills will design a roller coaster, jet plane, or bobsled ride using real-life physics and engineering and then ride it within one of the robot arm-based simulators. Below are sketches of the virtual vehicles featured in the attraction. 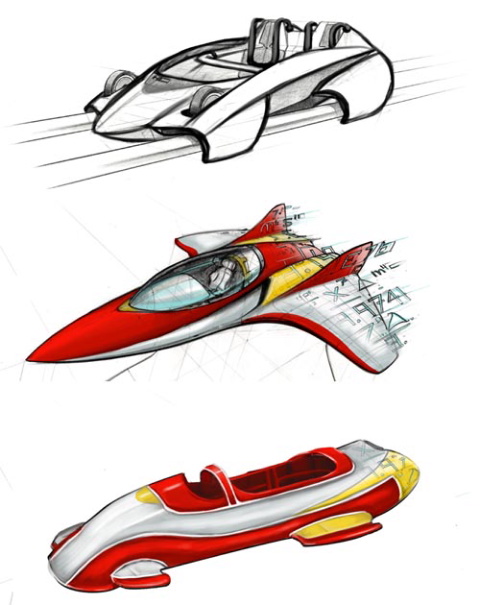 The Sum of All Thrills is scheduled to open later this year.

Mini Megacon this weekend at the convention center

is this the same as the build your own coaster @ disney quest? it seems awfully similar.

It’s VERY close, but the difference is the type of simulator. Cyber Space Mountain at DQ looks like a barrel. This arm can do so many more things. Also, the sum of all thrills has several different types of videos to watch, rather than just a roller coaster.