Disney Legend Dave Smith has passed away at 78

Dave Smith, founder of the Walt Disney Archive and a Disney Legend, died in Burbank, California, on February 15, 2019, at age 78. 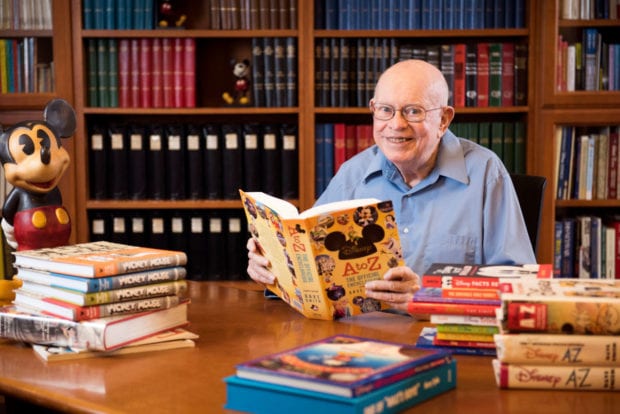 Born in Pasadena and educated in library science at the University of California at Berkeley, Smith began his Disney career in 1970, when Roy. O Disney hired him to catalogue the contents of his brother’s Walt’s office; that effort eventually allowed the suite to be reconstructed in 2015. Dave was familiar to Disney fans for his “Ask Dave” trivia column, as well as his numerous books on Disney history, especially the definitive Disney A to Z encyclopedia. 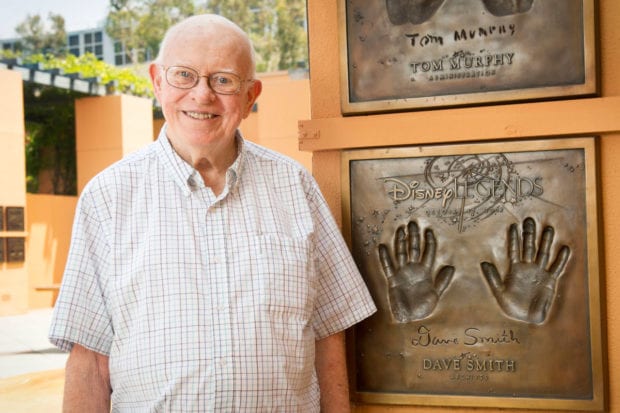 Photo by Holly Brobst via Disney

Smith was named a Disney Legend in October 2007, and retired from the Company in 2010 with the title of Chief Archivist Emeritus to serve as a consultant. Smith was also an active member of the Society of California Archivists, and served as executive director of the international Manuscript Society from 1980-2001.

“I’m deeply saddened to learn of Dave Smith’s passing,” said Bob Iger, Chairman and Chief Executive Officer, The Walt Disney Company. “He was the unsung hero of Disney’s history who, as our first archivist, spent 40 years rescuing countless documents and artifacts from obscurity, investing endless hours restoring and preserving these priceless pieces of our legacy, and putting them in context to tell our story. Dave was a true Disney Legend, and we are indebted to him for building such an enduring, tangible connection to our past that continues to inspire our future.”

For more information about Dave Smith visit facebook.com/davesmithdisney and watch this video of the archivist exhibiting some of his favorite artifacts:

Orlando FreeFall drop tower to be removed at...

Im sorry for the loss of dave. He helped date my disney items. That i could not do. He all ways was in a good mood when on video. And has made me a better disney Collector, by Learning more about my items. With disney collectibles book by ted hake. Thank you dave gods speed..

Out of the Loop: Attractions attempt Michael...