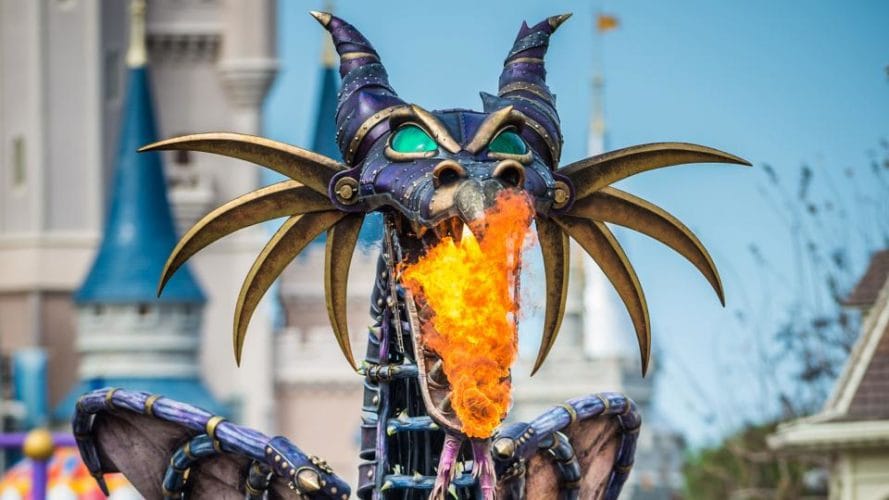 Mickey Mouse’s house across the Atlantic is fast approaching its silver birthday, and guests at the resort originally known as EuroDisney will soon enjoy the new Disney Stars on Parade and Hyperspace Mountain attractions as part of the Disneyland Paris 25th Anniversary celebration.

“In Disney Stars on Parade, we follow Mickey and Friends on a journey of discovery to the land of imagination” explains Emmanuel Lenormand, the Show Director. “We started with the words that are most frequently used by our guests when they talk about Disneyland Paris. This helped us to create a story with eight chapters, and as many emotions. We then associated these emotions with major Disney and Pixar animated films that have proved a huge hit with the public”.

The Disney characters and floats featured in the parade are as follows:

Discover the Magic: Disney Stars on Parade opens with Tinker Bell, who escapes from the pages of an enormous storybook. This is followed by an amazing float featuring Mickey and Friends dressed as explorers of the future… “A future in which technology retains a magical aspect” according to Olivier Dusautoir, the Set Designer.

Discover Friendship: The second highlight pays a dazzling tribute to children’s games. Buzz Lightyear’s rocket pulls an oversized truck in which Andy has placed all his toys in carefree disarray. The heroes of Toy Story celebrate true friendship and take us to infinity and beyond!

Discover Adventure: Who better than Simba and Nala or Baloo and Mowgli to embody the spirit of adventure? A high rock overlooks the exuberant jungle flora, while the percussion and shimmering colours release the wild instincts of an exotic world where, fortunately, it takes very little to be happy.

Discover Imagination: From one rock to another, this one is in the shape of a skull and serves as the throne of Captain Hook. Peter Pan is close by, at the helm of a ship suspended beneath an immense, dreamlike moon. “After all, Disneyland Paris is – quite literally – the Land of Imagination!”, Emmanuel Lenormand reminds us.

Discover A New World: A large turtle swims above a majestic float, covered with coral. The heroes of Finding Nemo and Finding Dory remind us of their philosophy: “Just keep swimming!” and leave guests starry-eyed. Sea stars, of course.

Discover Enchantment: Water is followed by fire, in hot pursuit. Like Sleeping Beauty, the story of Disney Stars on Parade would not be complete without an epic battle starring Prince Phillip and the three fairies against an evil dragon, described by Olivier Dusautoir as “mechanical, made entirely of copper with visible mechanisms, as if it has been taken straight out of Jules Verne’s imagination”. Faced with a fire-breathing monster, will good win out? (Based on the photo supplied by Disneyland Paris, this segment appears to be a duplicate of the dragon centerpiece from Walt Disney World’s Festival of Fantasy parade, as seen in this video:

Discover Romance: Fortunately in fairy tales, good… and love always triumph in the end. Contrasting beautifully with the impressive floats that precede them, Rapunzel, Cinderella and Snow White with their respective Prince Charmings make their entrance on three graceful carriages. A romantic moment which will melt the hearts of little girls… of all ages.

Discover Wonder: The great Disney storybook will close with a flourish with the two heroines of Frozen, on the balcony of an ice castle, accompanied by a few friends who are particularly popular with guests. 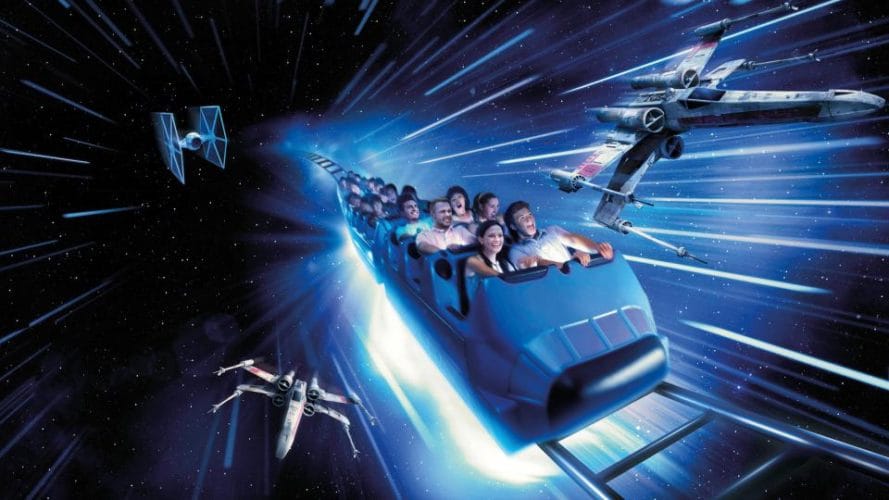 In addition to Disney Stars on Parade, the Disneyland Paris 25th anniversary celebration will feature the arrival of two new Star Wars attractions. After the upgraded Star Tours: The Adventures Continue launches in March, the Discoveryland at Disneyland Paris will welcome Star Wars Hyperspace Mountain.

In Spring 2017, Star Wars will take over a legendary space attraction that offers a unique experience. Space Mountain will transform into Star Wars Hyperspace Mountain. On this new adventure, guests will be able to join, in a brand new ambiance, the famous Rebel Alliance and enjoy an epic and sensational ride with total immersion in the Star Wars universe.

Guests will be briefed by the famous Admiral Ackbar. “The Rebel Alliance needs your help monitoring a threat above the planet Jakku…”. With the Rebellion, blast off aboard a spaceship that crosses the galaxy at intense speed and enjoy the thrill of evading TIE fighters and an intimidating Star Destroyer. Epic music from the Star Wars saga will provide the soundtrack to this new galactic adventure, accompanied by video projections and special effects.

You can see the Hyperspace Mountain makeover of Disneyland’s Space Mountain in our low-light POV video below: