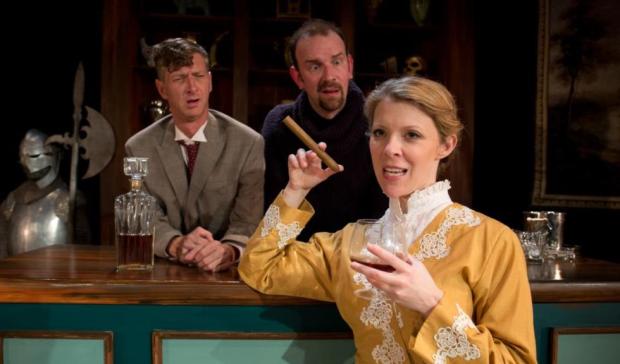 The Adventurers Club at Downtown Disney’s Pleasure Island closed more than six years ago, but a new show in downtown Orlando has brought back some of the cast and the feel of the old nightclub attraction. The Explorers Club is currently playing at the Mad Cow Theatre Thursdays through Sundays through Feb. 22, 2015.

According to the official page for the show:

Travel back to 1879, and meet The Explorers Club! This band of raucous pioneers and men of “science” will always settle for brandy and cigars even if their farfetched expeditions don’t succeed. But introduce the club’s first female member, and watch as chaos and hilarity ensue.

For more information about The Explorers Club and other shows, visit MadCowTheatre.com.