Chef Morimoto is teaming up with Patina Restaurant Group to open Morimoto Asia in The Landing, in the heart of Disney Springs. It’s the Japanese master chef’s first pan-Asian restaurant. 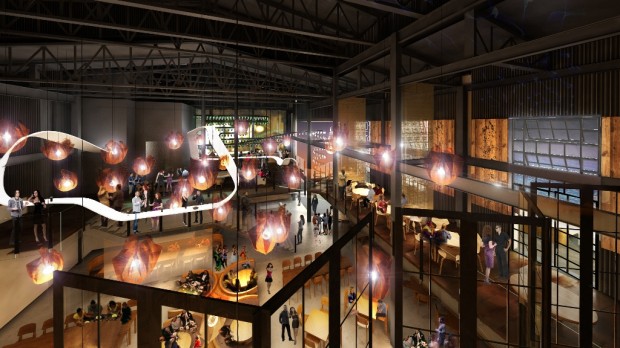 “We are delighted to work with Morimoto to create this one of a kind restaurant, which will be a spectacular dining destination at the new Disney Springs,” said Nick Valenti, restaurateur and CEO of Patina Restaurant Group.

“I’m very excited to bring this new concept to Disney, something I’ve always dreamed of,” said Chef Morimoto. “It’s a wonderful chance to share some of my favorite foods from across the Asian continent.”

Morimoto Asia’s culinary elements will provide flavors from across Asia, while exhibition kitchens will showcase the continent’s traditions. Included among them are street-food stalls, Peking duck carving and dim sum.

The Patina Restaurant Group also runs Tutto Italia Ristorante and Via Napoli at Epcot, among other restaurants in New York and California.

For dining reservations and more information about Morimoto Asia, guests will be able to visit Disneyworld.com in the future.

Out of the Loop: Busch Gardens Williamsburg is a must-see park for theme park enthusiasts