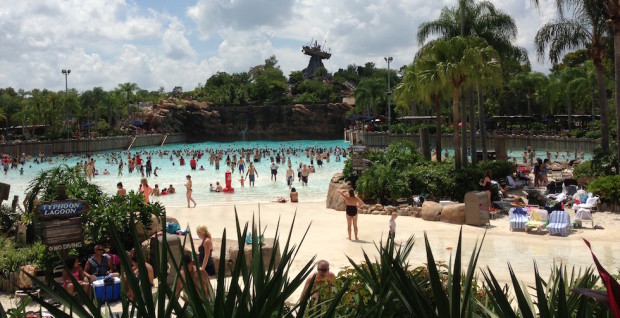 Disney’s Typhoon Lagoon water park guests will be treated to a free concert this Saturday, April 4, 2015, as part of Radio Disney’s “On The Road To The RDMAs”.

Guests will see performances by young recording artists Jacquie Lee, Sweet Suspense, The Fooo Conspiracy and Radio Disney’s Alex Angelo. Radio Disney’s Brooke Taylor will be hosting. Other than admission to the water park, no special ticket is needed to attend the Typhoon Lagoon concert.

Radio Disney and the Radio Disney app will broadcast live from noon to 2 p.m. The concert will run from 1 to 4 p.m.

This tour culminates in a free RDMA Pre-Show Festival that will take place in Nokia Plaza in the hours leading up to the Radio Disney Music Awards (RDMA). The RDMA’s take place Saturday, April 25, 2015 at Nokia Theatre L.A. LIVE in Los Angeles.

The Muppets take The Haunted Mansion with...