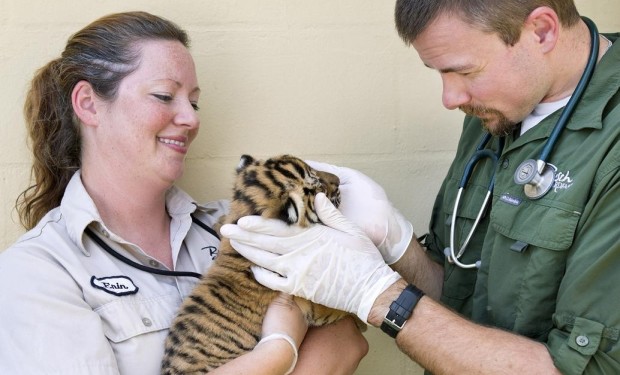 A new television series called “The Wildlife Docs” is taking viewers behind the scenes at Busch Garden Tampa. The show premiered this month on most ABC stations across the country.

“The Wildlife Docs” features the elite team of veterinarians, technicians and trainers at Busch Gardens as they care for the more than 12,000 exotic animals that live in the park. Much of the shows take place in the park’s new Animal Care Center, a 16,000-square-foot medical center that brings park guests into the animal care experience. The Animal Care Center includes a nutrition center, treatment rooms, clinical lab and viewing areas. In the series premiere viewers were treated to something rare: three Malayan tiger cubs being born.

Also premiering is the third season of Sea Rescue with Sam Champion. Sea Rescue tells the stories of marine animal rescue, rehabilitation and release by the SeaWorld rescue team and its partners. The popular show has been seen by more than 86 million viewers in its first two seasons.

Check your local listings for the shows’ air dates and times, which are subject to change.

Out of the Loop: SeaWorld San Diego...