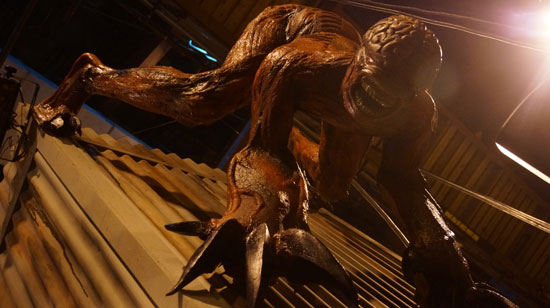 Join us on a lights-on tour of Resident Evil, Escape From Raccoon City, a haunted house based on a video game, at Halloween Horror Nights 23. This is the first time a house is based wholly on a game. Last year a house was based on combined elements of a movie and game, Silent Hill.

This photo essay follows the normal guest route through the house, and reveals secrets and elements along the way. If you prefer to be completely surprised, read this article later! We also want to warn you that some of the images may be graphic. 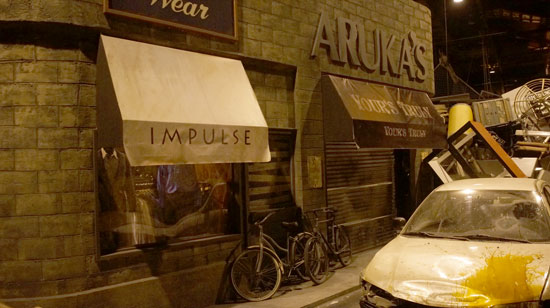 The route through the house begins with the first scene of the video game. Akura’s is really “Sakura” backwards, and from a different video game. 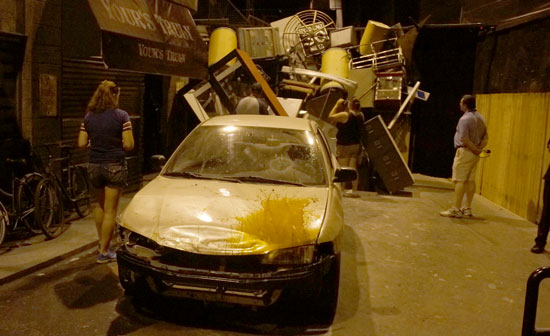 A detail to look for in the junk pile is a sign from a well-known horror movie series. 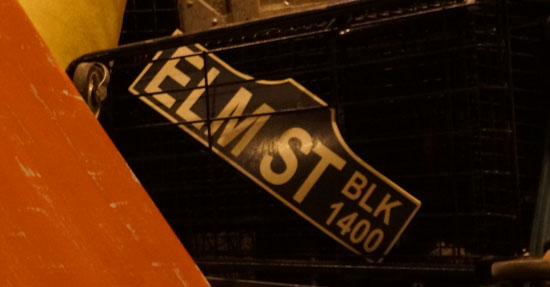 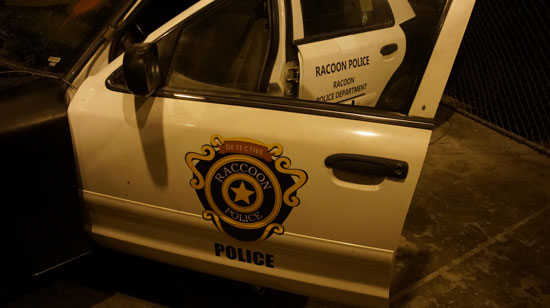 The Racoon Police Dept HQ is the destination of the game. 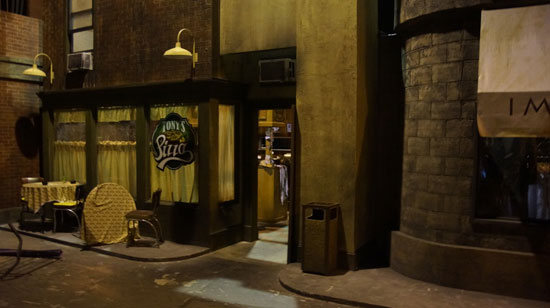 The route heads into Tony’s Pizza. 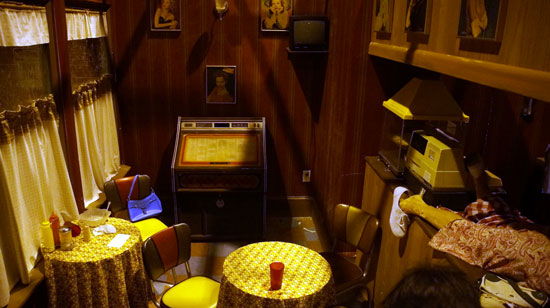 When you enter, it’s easy to be distracted by the room overall. 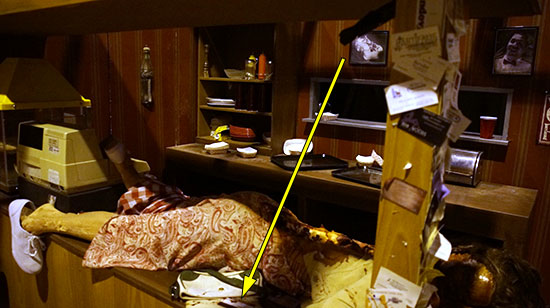 However, like in the game, an element in a scene is meant to stand out. Here, key lighting is focused on a card on the counter. In the game you should take the card, it’s needed later. 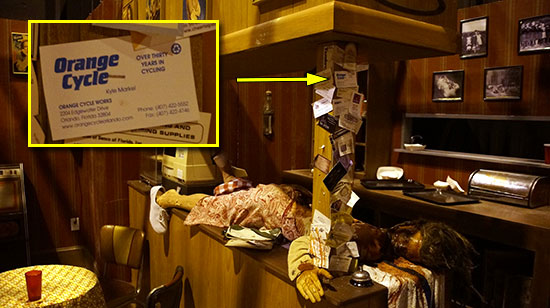 One of the Orlando area business cards, a well-known store for bicyclists. 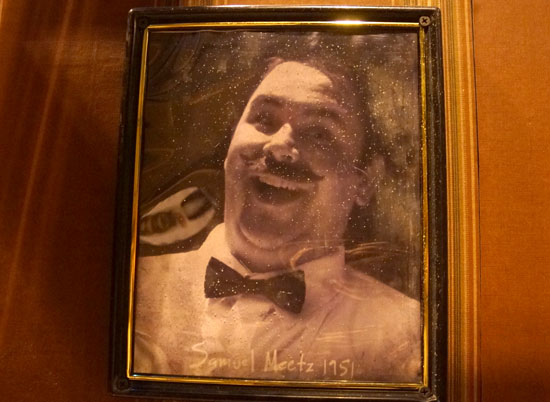 This is a reference to an earlier Horror Nights house, Mr. Meetz from the “Leave it to Cleaver” house. Really, it’s one of the Horror Nights designers, Mike Aiello. 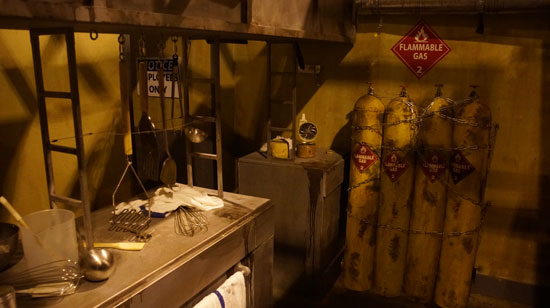 The kitchen has another item that should be picked up if this was the real game. 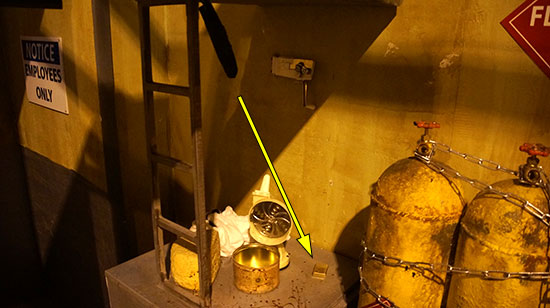 Key lighting here points to a lighter on the counter. 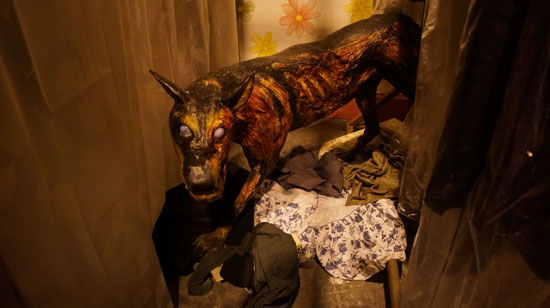 A dog lurks around a corner. 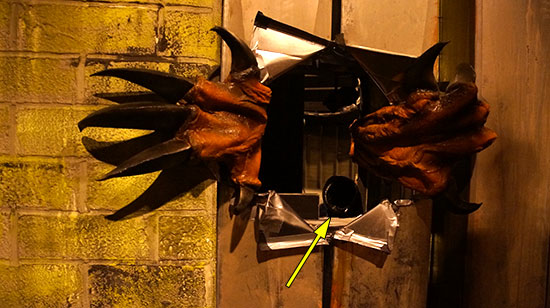 A Licker monster menances you through this opening in normal house operation. Arrow points to an air jet. In the game, Lickers have 20-ft tongues, and the air is meant to be the Licker lashing at you. 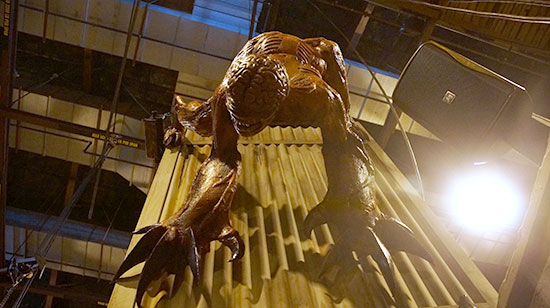 Another Licker overhead. The scripting for this house had it that this Licker had a tongue whipping at guests. 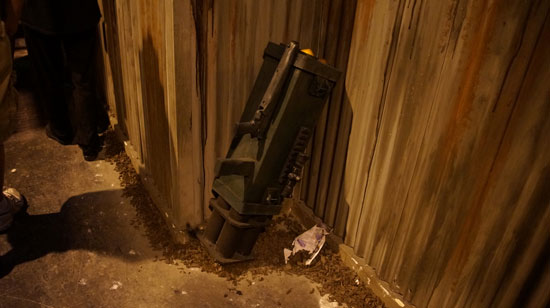 In the game, you should take this gun, you’ll need it. 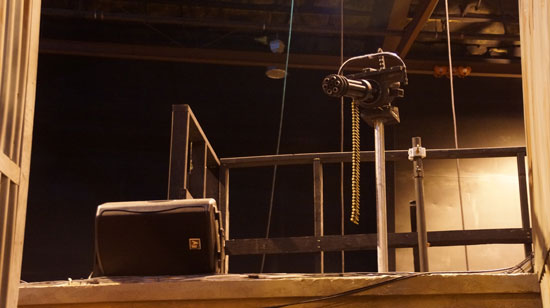 A scareactor shoots at guests with this gun. 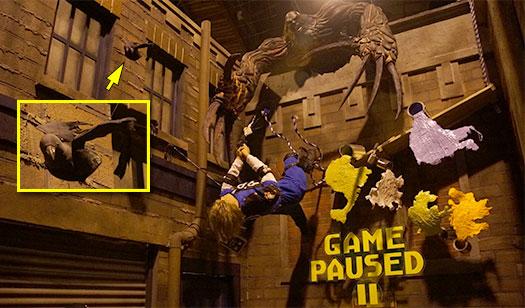 This is a joke about often needing to pause a video game. However, there’s more to this joke than that. Inset and arrow highlight a raven frozen in flight. Each house this year has a raven as an Easter Egg for guests to find. 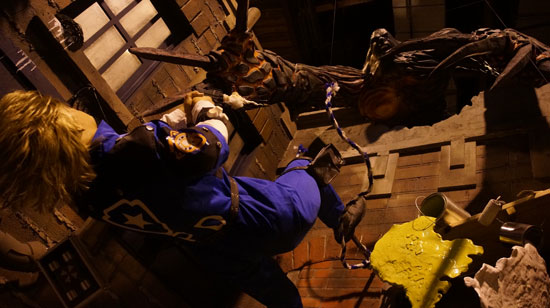 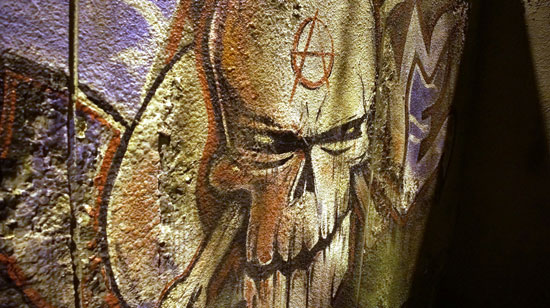 The next scene is in a narrow hallway, and it’s hard to appreciate the graffiti art on the way. Here’s photos of some of the designs. 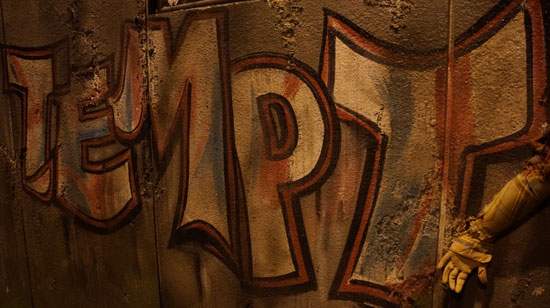 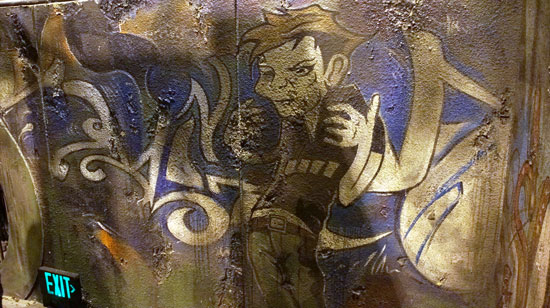 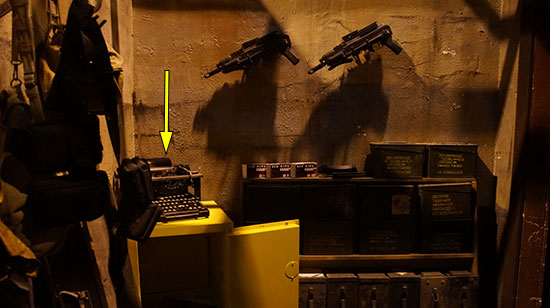 In the game, a typewriter ribbon is picked up along the way and used here. 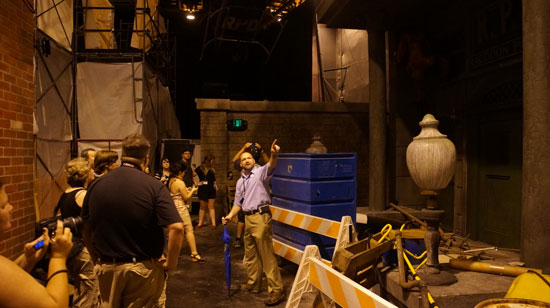 The last scene is a battle at the Racoon City Police Department. 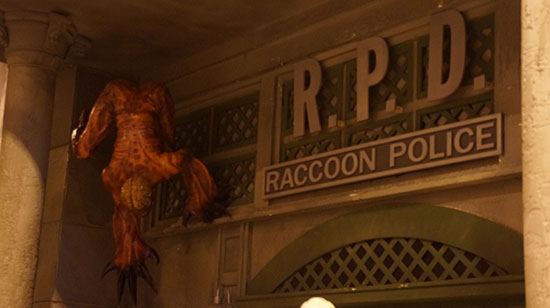 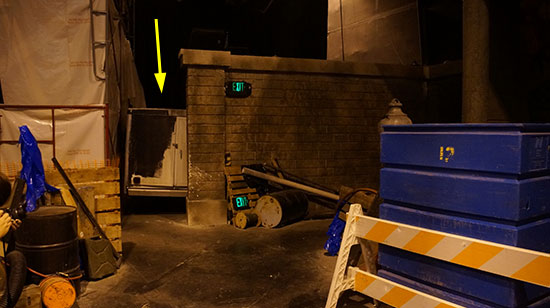 One of the secrets in this scene is this trailer. It’s from an earlier Horror Nights house. 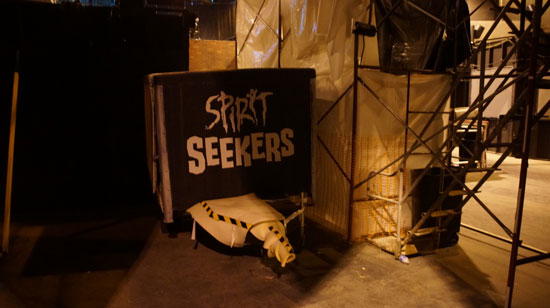 This view is available only during the lights-on tour, when the curtain is pulled back to show the front of the trailer, and where the trailer is from. 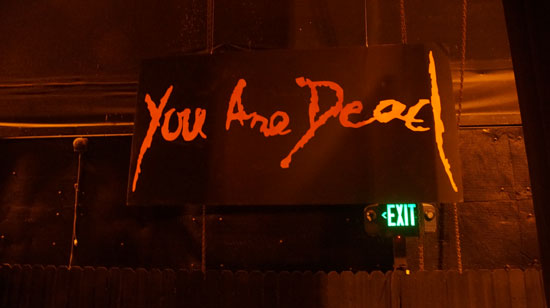 The house ends like it does in the game, with this message written in blood.

Mickey’s Not So Scary Halloween Party to...