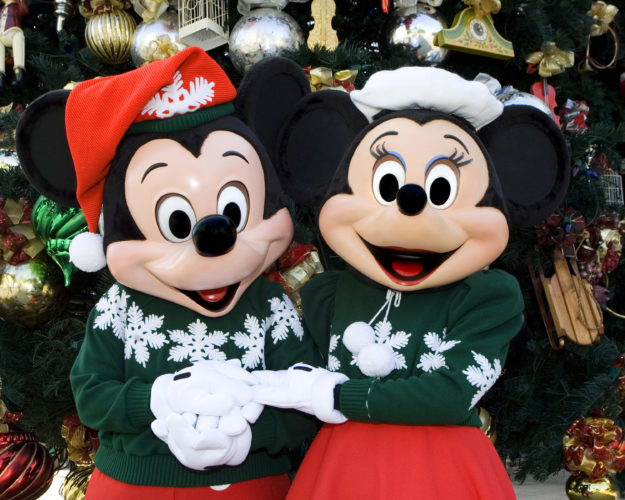 The holiday season at Disneyland Resort starts November 10 with the debut of ‘World of Color – Season of Light.’

The holiday season returns to Disneyland Resort from November 10, 2016, through January 8, 2017, with a new holiday-themed “World of Color—Season of Light,” the new “Festival of Holidays,” the debut of Princess Elena of Avalor, and more.

Along with the new seasonal entertainment, guests at the Disneyland Resort will find Santa Claus in a new location at Disney California Adventure Park, at Disneyland Park they can experience the annual transformation of “it’s a small world” Holiday, Jingle Cruise and Haunted Mansion Holiday.

• The all-new nighttime spectacular, “World of Color – Season of Light” celebrates ]spirit of the holidays with powerful water fountains telling the story. “World of Color – Season of Light” will combine classic holiday songs with memorable moments from Disney animated films.
• The new “Festival of Holidays” celebrates time-honored traditions inspired by holiday festivals around the world. Guests at the “Festival of Holidays” will enjoy internationally inspired food and beverages at 14 themed festival marketplaces, and participate in diverse cultural holiday celebrations, including Disney ¡Viva Navidad! Special guest musical groups will play throughout the festival.
• Princess Elena, from the Disney Channel series “Elena of Avalor,” will make her Disneyland Resort debut as part of the “Festival of Holidays.” She is the first Disney Princess inspired by diverse Latin American cultures. After Holidays at the Disneyland Resort conclude Jan. 8, Princess Elena will remain at Disney California Adventure to continue visiting with guests.
• Three Kings Day (Dia de los Reyes) returns as the finale of “Disney ¡Viva Navidad!” in the “Festival of Holidays.” The special four-day celebration of Three Kings Day will run 5-8, 2016, in Paradise Garden. Treats for this holiday will include traditional Rosca de Reyes bread.
• Santa Claus, with a sleigh full of mischievous elves, appears at Redwood Creek Challenge Trail, where guests of all ages can join in a series of holiday-themed activities along the trail.
• The residents of Cars Land also decorate for the holidays, beginning with a whimsical “snowcar” that greets guests on the road to Radiator Springs. Each address along Route 66–Flo’s V-8 Café, Fillmore’s, Cozy Cone Motel, Luigi’s Casa della Tires and more–features holiday décor that reflects the personality of the “Cars” character who lives there.
• “a bug’s land” transforms for the holidays, too, as Flik and his bug friends deck their land with oversized lights and ornaments.
• A 50-foot Christmas tree adorns Carthay Circle along Buena Vista Street. The tree and surrounding buildings, inspired by Los Angeles as it appeared when Walt Disney arrived in the 1920s, are decorated with vintage-style ornaments. 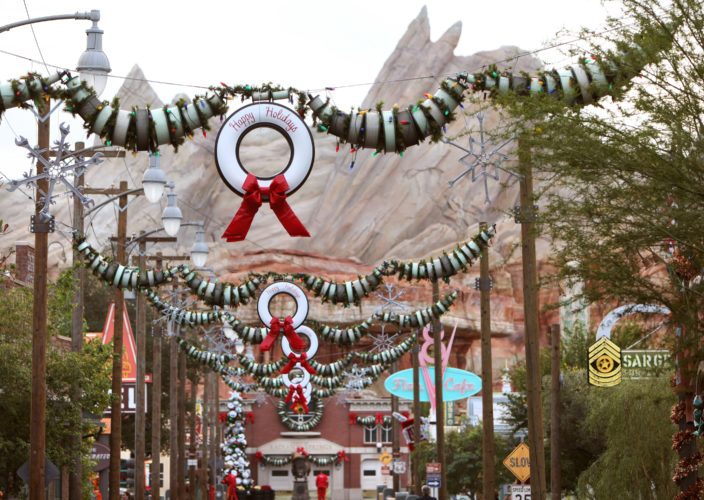 • Sleeping Beauty’s Winter Castle returns for the first time since 2014, with nighttime “snowfall” moments that conclude with “Believe … in Holiday Magic” fireworks and its snowfall finale.
• The soaring Christmas tree in Town Square, Main Street, U.S.A. will be 60 feet tall and filled with nearly 1,800 ornaments.
• Disney characters celebrate the season in “A Christmas Fantasy” parade, a daily procession with floats, music, marching “tin soldiers” and holiday cheer. Santa, who makes an appearance in the parade, also will be found welcoming guests at his special location in Critter Country.
• “it’s a small world” becomes “it’s a small world” Holiday with children around the world enjoying the distinctive holiday traditions of their countries.
• Haunted Mansion becomes Haunted Mansion Holiday, with Jack Skellington and his friends from Tim Burton’s “The Nightmare Before Christmas” causing a collision between Christmas and Halloween.
• Jungle Cruise is transformed into Jingle Cruise, as the jungle skippers gather jettisoned holiday gifts and decorations to brighten the rugged landscapes surrounding their riverboats.

To get in the holiday mood while waiting for November 10 to arrive, watch these videos of it’s a small world Holiday and Haunted Mansion Holiday at Disneyland:

Miami attractions offer Buy One, Get One Free admissions in October

Revisiting HHNVault: The story behind a Halloween...