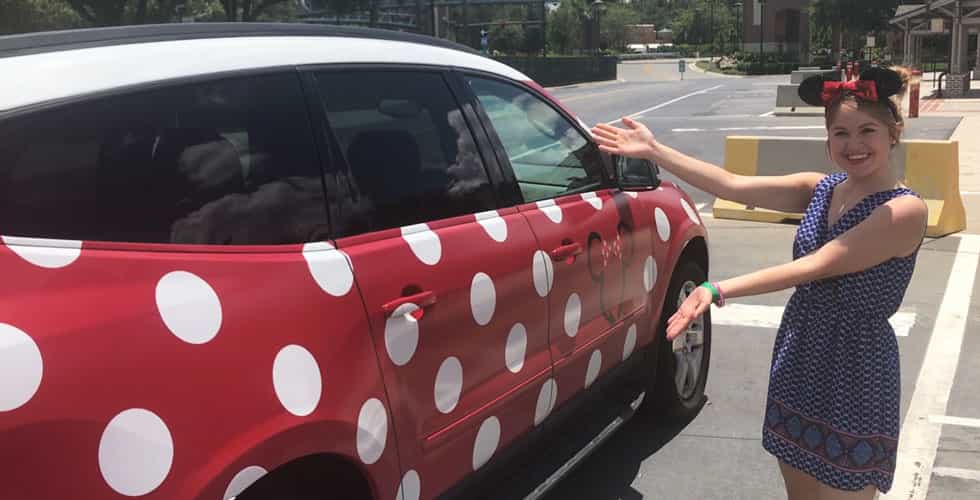 Uber and Lyft are both well known chauffeur style services that are giving taxis a run for their money. Well now it seems Walt Disney World is wanting to enter the world of private transportation with their new “Minnie Vans” service.

Minnie Vans are currently testing in Walt Disney World for an expected start date in early August. These vans, 2017 Chevy Traverses, seat up to six people and include two car seats for children. Handicap accessible vehicles are expected to be ready by early august. This service will take you from anywhere on Disney property to anywhere else on Disney property.

UPDATED as of Monday July 31st – Disney Parks Blog has now announced that the Minnie Vans service will be run through the Lyft app. Minnie Vans also currently only work for guests staying at Disney’s Boardwalk, Yacht, and Beach Club resorts. We updated the Lyft app and set Disney’s Beach Club as the pickup spot and Disney Springs as the drop off location. On the app it did not offer Minnie Vans as of yet. – UPDATED

Transportation around Walt Disney World will cost $20 for up to six guests, no matter where you go on Disney property. Minnie Vans will even take a second vehicle at no extra charge if they can’t fit all of your things in one car.

Another advantage of Disney’s Minnie Vans is their VIP drop off and pick up locations. Magic Kingdom allows pick up and drop off right at the bus stop instead of the Transportation and Ticket Center which Uber, Lyft, and taxis have to do. This will save the time on the monorails or ferries. Disney Springs drop off locations are next to Cirque Du Soleil and the old Marketplace bus stop. Resorts that take up a large area, like Port Orleans, have numerous drop off spots that allow you to get very close to your room instead of the sporatic bus stops.

While all the other drop off and pick up locations are confirmed, we are not sure of the exact areas for Epcot, Hollywood Studios and Animal Kingdom. We were told the current plan is to have Minnie Vans drop off at all bus stops at the parks. This would make sense as it is a Disney run transportation service and would make it very easy for guests going back to their resorts.

We tested Minnie Vans from Disney’s Beach Club Resort to Disney Springs and back. Our driver was very knowledgable of the area and the new service. It took 11 minutes to get there, and 10 minutes to get back. When compared to XL Uber, large sized Lyft, and Mears Luxury Van, the price point and time driving is around the same for four to six people. This comparison is if you had the maximum amount of people, which is six. 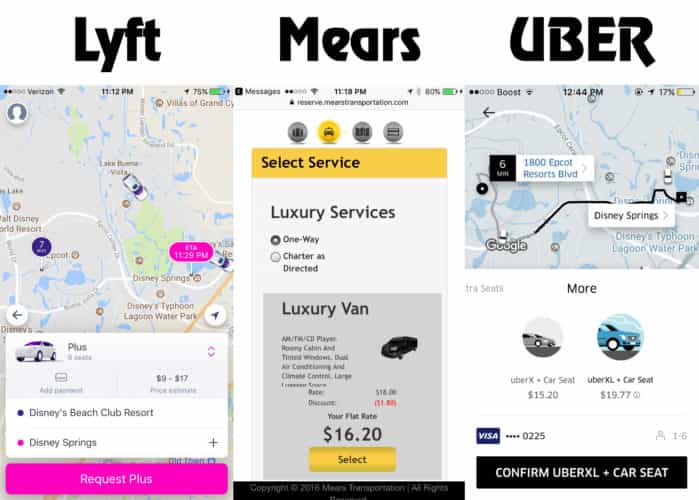 When comparing prices, Lyft could be the cheapest if traffic was light.

We also compared Minnie Vans if you had less people and still wanted to take the service. Since it is a flat rate, it costs the same whether you take one or six people in the Minnie Vans. This comparison is if you had a party of two. 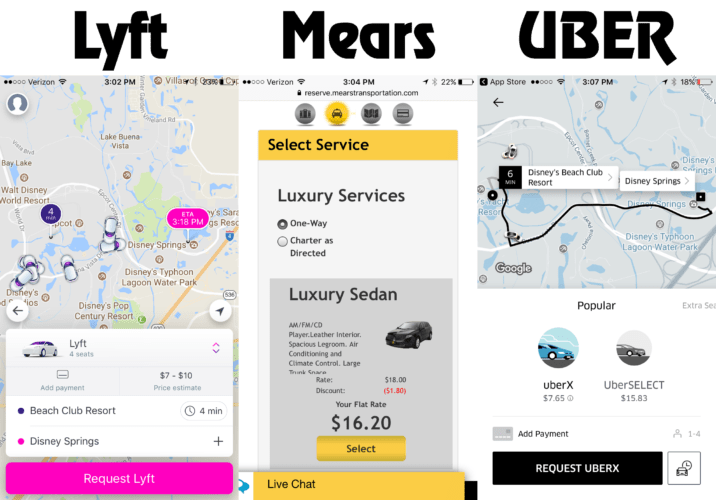 Uber and Lyft are much cheaper when taking smaller groups.

Overall Disney is on the higher end for price, but when combining their signature service and VIP drop off locations, they can be a very viable choice. We believe this service will prove to be successful, especially nights at Magic Kingdom after the fireworks. Many families would rather pay $20 for a private ride back to their hotel than wait for the monorail or ferry then the free crowded bus. 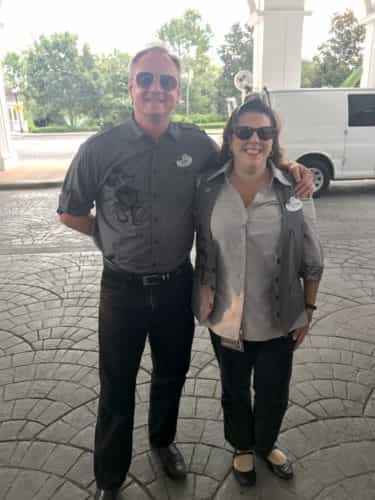 Very helpful information about the MinnieVans! Can’t wait to try it out in August!

How do you pay ? Magicband ?

I work at Hollywood and saw some Minnie Vans parked in regular guest drop off locations. Hoping they move to a closer spot for guests!

Is there an app
For this?