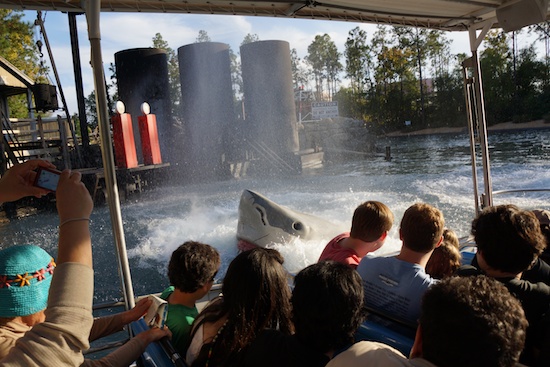 The Jaws ride had its final voyage last night. Many fans were on hand to get their last rides and say goodbye to the whole Amity area as it closed to make way for new attractions. We were among the lucky 48 who were able to get a ticket to “Jaws – The Final Voyage” and be on the very last boat around the harbor (video below).

Many fans spent the whole day in Amity, riding the attraction over and over. Some of the Jaws Skippers working the queue handed out red, white and blue beads, for July 4th – the time period Amity is set to when guests visit.

In the early evening the ride shut down as the last attack shark malfunctioned and stopped working. But the ride resumed shortly after, minus the malfunctioning shark. But fans didn’t seem to care. For this last night, the ride was more about the experience and interaction with the skippers and fans than the technical aspects of the ride. 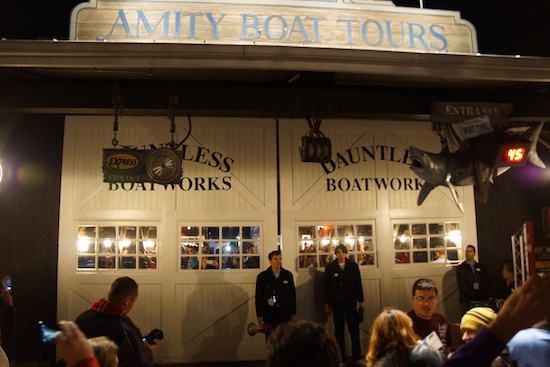 At 8 p.m. on Jan. 2, 2012, the doors to the Jaws attraction were closed for the very last time. The skippers closing the doors gave a final salute. 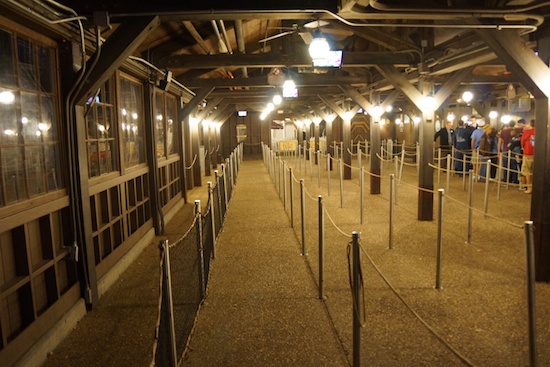 After the doors closed and all the guests in the queue made their way through, those with the Final Voyage tickets entered through the back and walked excitedly and sadly through the near empty queue one last time. 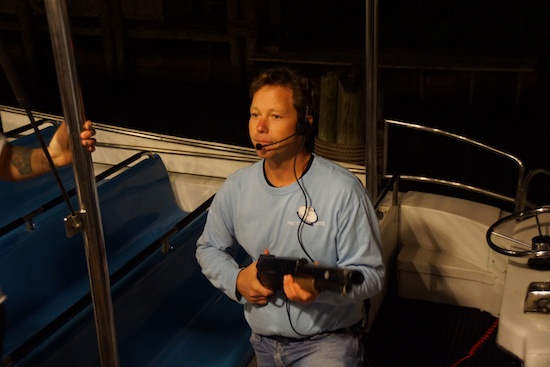 The Universal team member chosen to give the last tour was (fittingly) Skipper Michael Skipper.

Take a ride with us on Jaws Final Voyage. Stay to the end to see the large crowd of fans waiting on land start singing, chanting and cheering. It was a very emotional moment for many skippers and fans. 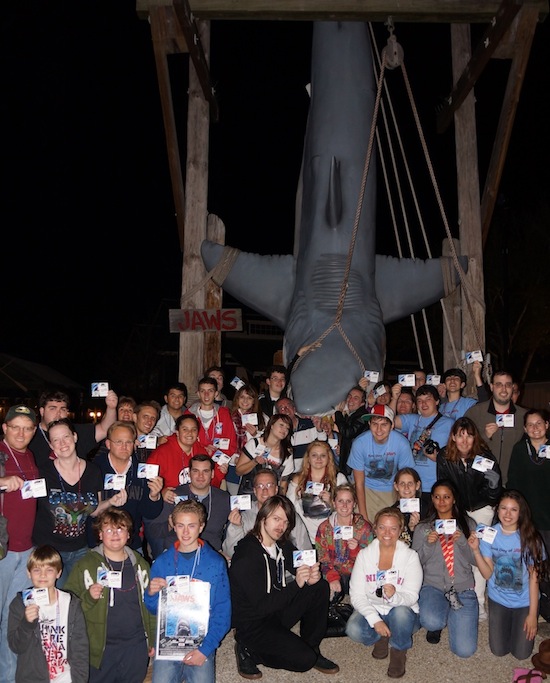 The final 48 passengers hold up their Final Voyage tickets as they pose with the hanging shark outside the attraction one last time. 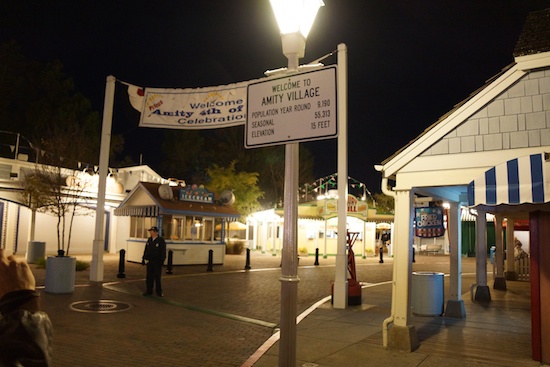 A Universal security guard makes sure no guests enter Amity.

The Amity area and Jaws ride may be closed, but we did our best to document it for those who never got to ride, or would just like to relive it. Below are links and videos to complete ride-throughs, a time lapse tribute, 3D videos, and 360 degree panoramic videos.

Complete Ride-Through in 3D (Best watched on a 3D TV)

Amity Walk-Through in 3D (Best watched on a 3D TV)

Click Here to watch a 360 degree video walk-through of Amity. Click and drag on the video to look around.

Click Here to see a 360 degree photo outside of the Jaws ride. Click and drag on the video to look around.

A Look Back at Jaws by Universal Orlando 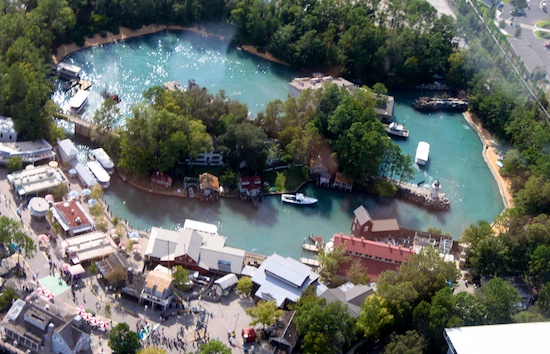 So what’s Universal putting in place of Amity? They aren’t saying just yet. But they have announced that The Wizarding World of Harry Potter will be significantly expanded. That’s the most popular rumor for Jaws replacement and our best guess. Stay tuned… 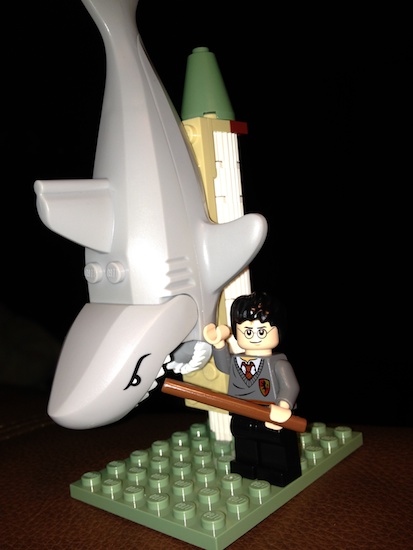 I loved this kooky ride. Ever since I saw Jaws I have been obsessed with sharks–how could you–with good conscious and not profit margins in mind– take this ride down? Boo.

Hmm.. may not visit US again. Goodbye to a childhood classic.