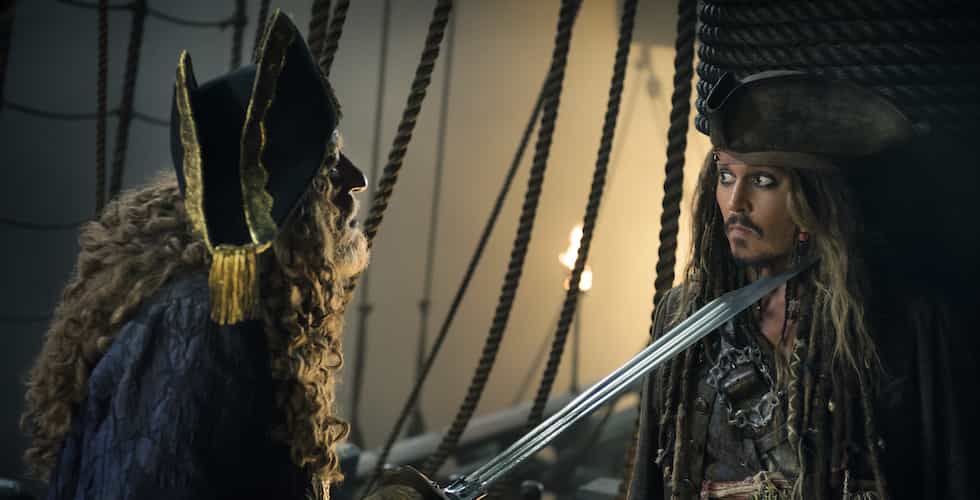 Johnny Depp made a surprise appearance on Wednesday, April 26 at Disneyland Resort.

Guests at Disneyland Resort got the ultimate surprise on Wednesday night, when riders on the Pirates of the Caribbean attraction were surprised with a live appearance from Captain Jack Sparrow himself, Johnny Depp.

Signs were posted outside of the attraction throughout the day saying that filming with Walt Disney Studios was taking place, and when guests got to the town portion of the ride, Depp came sauntering in as Sparrow, and interacted with guests in the passing boats. It’s possible that Disney was filming the interactions for “Pirates of the Caribbean: Dead Men Tell No Tales” promotional footage.

Luckily, many fans immediately pulled out their phones to snag a clip of the Captain doing his best heckling of the guests, which you can watch below.

Johnny Depp Is filming on the pirates ride in Disney land!!!! Crazy!!!!!! pic.twitter.com/Klc1QyEKzR

It has been long-rumored that Depp will make the occasional appearance on the Pirates of the Caribbean ride, both in Disneyland and Walt Disney World. However, this is the only time he has ever been proven to have appeared on the ride as his character.

Johnny also surprised audiences as Captain Jack at the D23 Expo in 2015:

Check out the most recent trailer for “Pirates of the Caribbean: Dead Men Tell No Tales” below. The newest installment in the “Pirates” saga is in theaters May 26.

Frozen Games begin May 27 at Blizzard...