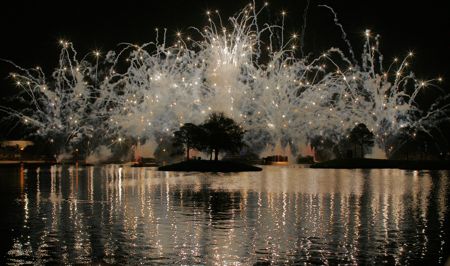 A popular July 4th tradition at Walt Disney World Resort will continue this year as star-spangled salutes to America’s independence are presented all across the World.

Epcot:
A holiday-inspired finale will be added to Epcot’s nightly fireworks, “Illuminations: Reflections of Earth.” The park’s American Adventure pavilion also will feature enhanced entertainment throughout the day, with visits from historic characters who will share their stories. American Adventure also will feature additional performances of its signature musical group, Voices of Liberty, performing patriotic classics.

And of course, Animal Kingdom has absolutely nothing. Should at least make it emptier.

The reason why Animal Kingdom has no fireworks is due to the animals. It would upset the animals, as well as be potentially dangerous to them.