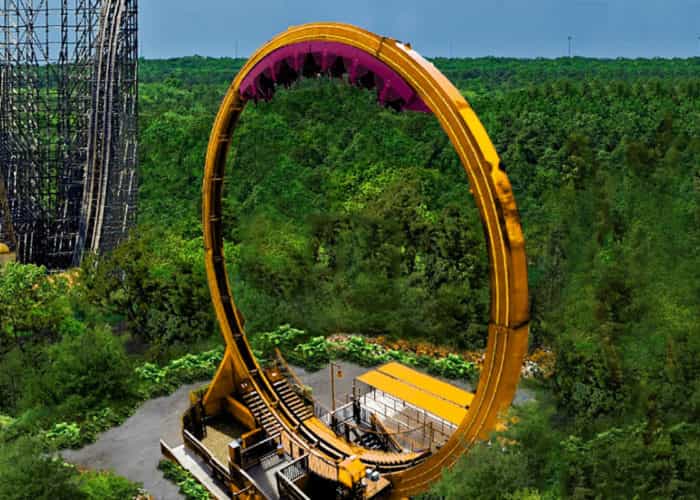 Eye of the Storm and other new attractions will debut at Kentucky Kingdom in 2017.

Kentucky Kingdom has announced its new attractions and additions for 2017, led by the new Eye of the Storm looping thrill ride, along with upgrades to its Thunder Run roller coaster. 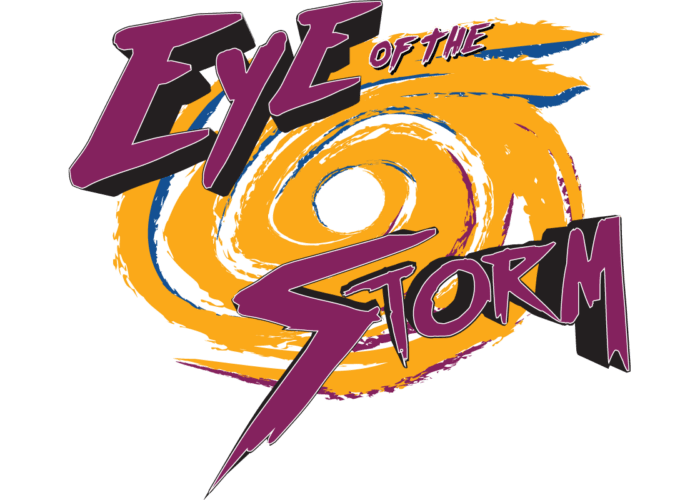 Kentucky Kingdom’s Eye of the Storm will be 24-passenger, high-speed thrill ride with a roller coaster train that circles a seven-story loop, featuring continuous rotations, inversions, and both forward and backward motions. With the addition of Eye of the Storm, Kentucky Kingdom will have more than 80 rides and attractions, including five roller coasters, 20 water attractions, and one of the largest selections of children’s rides in the region, with two additional children’s rides to be introduced in 2017. 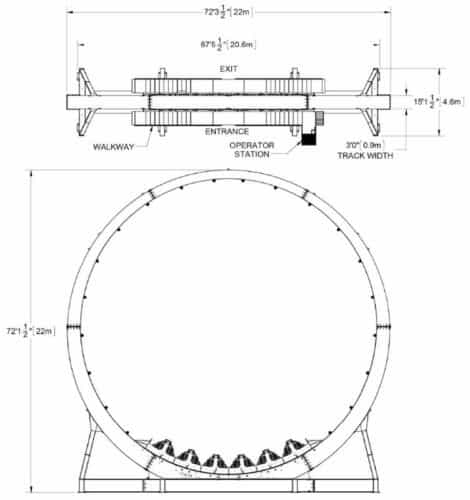 The park is also upgrading its classic wooden coaster, Thunder Run, which will receive a new train and track modifications at a cost of more than half a million dollars. Bill Hargrave, the park’s Vice President of Construction, remarked, “This new train replaces the original Thunder Run train first put into service in 1990. With its advanced technology, the new train, together with the track improvements, will give coaster enthusiasts a smoother and faster ride.”

Other improvements include the installation of more shade structures in the water park and at ride queue lines; additional lockers; a greater number of tables, chairs, and benches throughout the park; more lounge chairs for the water park; beefed-up air conditioning in restrooms and dining areas; upgraded technology to expedite season pass processing and in-park purchases; three additional ticket windows to speed entry into the park; and, for convenience, an additional entrance to the Hurricane Bay water park.

Ed Hart, President and CEO of Kentucky Kingdom, commented, “Last year, we completed our initial three-year development plan and attendance rose to approximately 800,000, representing a 60% increase over attendance at the time the previous park closed (in 2009). With tremendous support from my partners (Ed Glasscock, Bruce Lunsford, and the Al J. Schneider Company), we’ve spent a total of $54 million over the past three years. That’s $10 million more than the amount we committed to spend. Now we are ready for round two – a second three-year development plan, with the goal of achieving at least one million visits. Our approach has always been the same: to add new attractions for every age and thrill level, provide outstanding guest service in a safe and friendly environment, and offer prices the average family can afford.”

Hart went on to add, “We take our role as a leader in the Commonwealth’s tourism industry very seriously. With the hundreds of thousands of out-of-state visitors now coming to Kentucky Kingdom each year, the park not only helps fill local hotel rooms, but also helps boost attendance at other attractions, both locally and throughout the state.”

“In addition,” Hart said, “for many of our more than 1,000 seasonal team members, a summer job at Kentucky Kingdom is their first real job. We are dedicated to providing them the best possible training and mentoring. This not only helps them perform well in their duties here at the park, but also gives them a solid foundation for whatever career path they may ultimately choose.”

In 2017, Kentucky Kingdom’s general admission price will be $49.95. For more information, visit kentuckykingdom.com, and watch this POV video of Storm Chaser, the park’s 2016 addition: