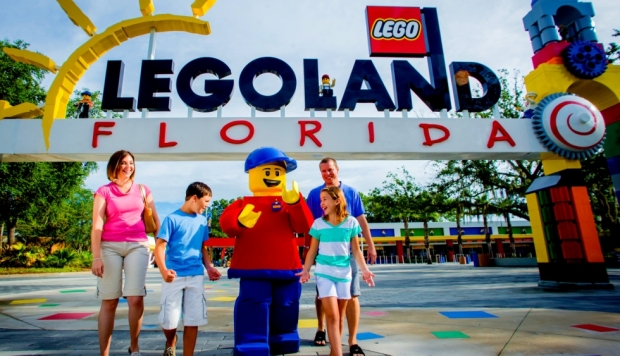 Legoland Florida guests will want to return again and again to enjoy a full year of Legoland Florida’s special events and more than 50 rides, shows and attractions. All events (*except Brick Dash) are included with regular park admission.

March 28: Legoland Water Park re-opens. Guests of all ages can spend a full day of play in the water park with the Build-A-Raft River, where guests can build their own Lego inner tubes and float down a 1,000-foot lazy river or splash and play in the Duplo Splash Safari, the Joker Soaker water playground, a 583,000-gallon wave pool and five slippery-fast water slides. Opens March 28 and runs through the end of October. Daily operational hours vary.

July 3, 4 & 5: Red, Brick & Boom allows guests to celebrate the 4th of July with a bang at this third annual Independence Day event. Includes a brick flag build and special viewing glasses that turn ordinary fireworks into millions of exploding bricks.

Dec. 31: Kids’ New Year’s Eve is the perfect way to bring in the New Year with the family as a giant Lego brick drops at a very kid-friendly midnight KST (Kid Standard Time) – otherwise known as 7 p.m.

For the most current information, log on to Legoland.com.

Went to Legoland, FL in Dec 2014. Received a gift extra day to return at park, but not sure of time frame to use it. I think until Feb. 28,2015. I would like to know for sure, as we would be travelling down from Canada to enjoy your park again. My 9 year old son loved it. Can it be extended? We usually don’t travel to Florida until mid-march.