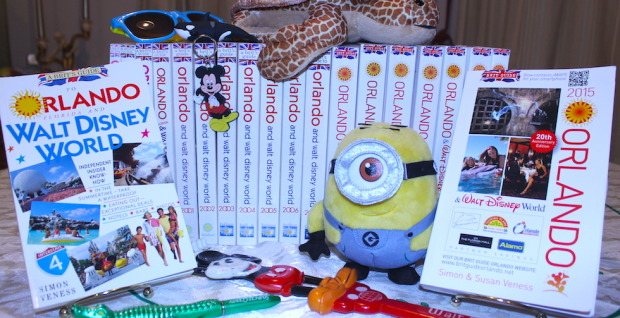 Husband-and-wife travel-writing team Susan and Simon Veness are celebrating the 20th edition of their best-selling guide to Orlando with the latest issue.

The new 2015 edition of their “Brit Guide to Orlando & Walt Disney World” is a major milestone in a journey that has generated Britain’s best-selling travel guide, put the couple on TV and radio, created other spin-off books, and led them to a home in Orlando itself. Simon and Susan are also frequent contributors to “Orlando Attractions Magazine” and write the Table Service restaurant column in each issue. 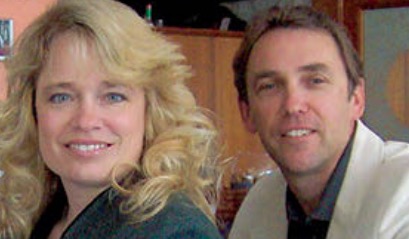 Originally the brainchild of Simon after a holiday to Central Florida in 1993, the Brit Guide is now firmly established as the definitive reference work to Orlando and its theme parks, growing from an original 180 pages with its inaugural publication in 1995 to the latest edition’s 356 pages, which includes retrospectives and price checks from 20 years ago.

Susan has been involved for the past 12 years and, together, the couple have become known as Britain’s Florida experts, writing for various UK publications as well as appearing on other media, notably BBC TV and the History Channel.

“It is pretty amazing to look back on 20 years’ work and see the development of not only the Brit Guide title but also that of Central Florida itself,” said Simon. “There has been so much change and innovation in that time, and we have chronicled just about all of it!”

Susan added, “For all the changes, our core value remains to make sure our readers have the best vacation experience possible. We hate to think of people coming all this way and not getting the most out of it, especially as it is now more complex than ever, so we really write with an eye to being the essential ‘good companion’ for any Orlando visit.”

With the publication of the 20th edition of the Brit Guide to Orlando, Simon and Susan have chalked up almost half a million in total book sales, with 350,000 now coming from the Orlando guide, plus 50,000 in other Brit Guide titles and close to 100,000 in Susan’s Hidden Magic of Walt Disney World series.

The guidebook can be found at all major UK bookstores, or online at Amazon U.S. and Amazon U.K.